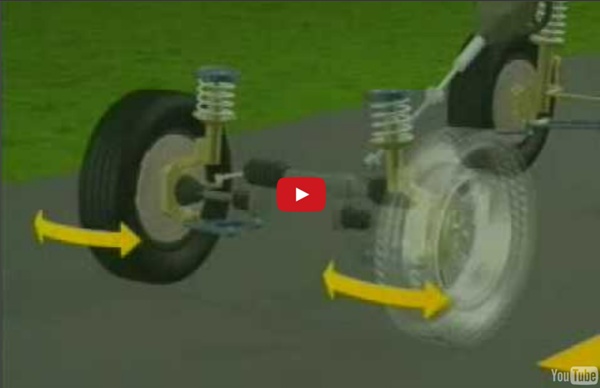 Work cycle of 4-stroke internal combustion engine 3D Camber angle From the front of the car, a right wheel with a negative camber angle The 1960 Milliken MX1 Camber Car showing a large negative camber. Camber angle alters the handling qualities of a particular suspension design; in particular, negative camber improves grip when cornering. This is because it places the tire at a better angle to the road, transmitting the forces through the vertical plane of the tire rather than through a shear force across it. Another reason for negative camber is that a rubber tire tends to roll on itself while cornering. The inside edge of the contact patch would begin to lift off of the ground if the tire had zero camber, reducing the area of the contact patch.

Remix of "OTTO CYCLE" Engine block. - it's like a home for all it components. PISTON PIN - it's connecting piston Connection Rod . 1 - INTAKE:intake valve are opened,fuel and air mixture is injecting in cylinder for 2 phase ,piston going down . FUEL INJECTOR - open by electric signal from ECU to let the fuel in cylinder in the correct time. INTAKE VALVE - opened in the fist phase to let mixture in . Gaiter (vehicle) On a vehicle, a gaiter or boot refers to a protective flexible sleeve covering a moving part, intended to keep the part clean. Rubber gaiters on a 1953 BMW R51/3 motorcycle Your Car's Ball Joints The Pivotal Part of the System You're in your car. Your hand is on the steering wheel and you're easing around a curve or bouncing on a bumpy road. AGCO Automotive Repair Service - Baton Rouge, LA - Detailed Auto Topics - How Power Steering Works Hydraulic power steering is very dependable, but complex in operation. When problems occur a basic understanding prevents many expensive mistakes. Virtually all vehicles built today employ power steering. Electric steering is becoming increasingly popular, but for the foreseeable future, hydraulic steering is likely to remain prevalent. Hydraulic steering uses a pump, normally driven by a belt.