Getty Images. Diagram of the Heart. Documentary Photography in an Open Society. What is documentary photography? 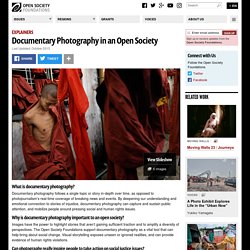 Documentary photography follows a single topic or story in-depth over time, as opposed to photojournalism’s real-time coverage of breaking news and events. By deepening our understanding and emotional connection to stories of injustice, documentary photography can capture and sustain public attention, and mobilize people around pressing social and human rights issues. Why is documentary photography important to an open society? Images have the power to highlight stories that aren’t gaining sufficient traction and to amplify a diversity of perspectives. The Open Society Foundations support documentary photography as a vital tool that can help bring about social change. Can photography really inspire people to take action on social justice issues? Tackling systemic issues—such as corruption and discrimination—is complex work that involves multiple actors and years of organizing, advocacy, or litigation.

The role of photography in framing and creating personal narrativ. Photojournalism Daily: Nov. 13, 2014. Are Amateur Photographers Scapegoats for an Industry in Crisis? There’s a widespread belief within the community of professional photographers that amateurs, armed with cheap camera phones and DSLRs and supported by new media organizations and social sharing communities, have become full-fledged economic rivals. 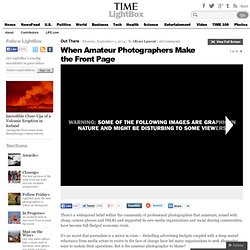 It’s no secret that journalism is a sector in crisis – dwindling advertising budgets coupled with a deep-seated reluctance from media actors to evolve in the face of change have led many organizations to seek alternative ways to sustain their operations. But is the amateur photographer to blame? On July 7, 2005, when four British Islamists detonated bombs aboard three of London’s underground trains and one double-decker bus, commuters Adam Stacey and Alexander Chadwick used their camera phones to shoot images from the darkness of the city’s tunnels, which journalists couldn’t reach. Two months later, the French newspaper Liberation raised the alarm, asking: “Are we all journalists?” The exhibition includes images of John F. The difference between editorial and commercial image use - ilex.photography. 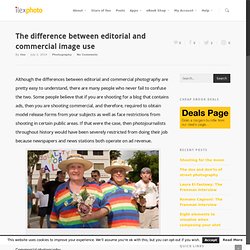 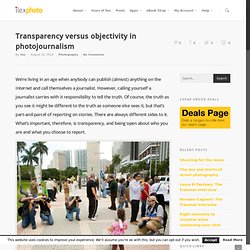 However, calling yourself a journalist carries with it responsibility to tell the truth. Of course, the truth as you see it might be different to the truth as someone else sees it, but that’s part-and-parcel of reporting on stories. There are always different sides to it. Laura El-Tantawy: The Michael Freeman Interview @ ilex. Interviewed by Michael Freeman Freeman Interviews with big names in photography will be published here regularly; sign-up for our newsletter to be the first to know. 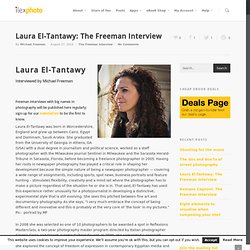 Laura El-Tantawy was born in Worcestershire, England and grew up between Cairo, Egypt and Dammam, Saudi Arabia. She graduated from the University of Georgia in Athens, GA (USA) with a dual degree in journalism and political science, worked as a staff photographer with the Milwaukee Journal Sentinel in Milwaukee and the Sarasota Herald-Tribune in Sarasota, Florida, before becoming a freelance photographer in 2005. PJL: December 2013 (Part 2) Features and Essays Jerome Delay / AP Jerome Delay: Central African Crisis (NYT Lens blog) Includes interview with photographer. 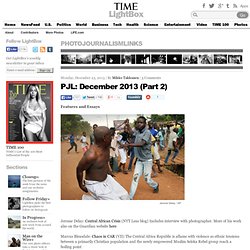 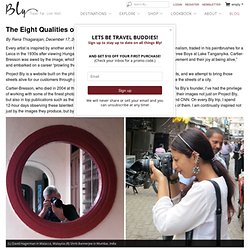 Cartier-Bresson was awed by the image, which captured the “freedom, grace and spontaneity of their movement and their joy at being alive,” and embarked on a career “prowling the streets all day” ready to “trap life.” Project Bly is a website built on the philosophy that to really know a city you must wander its streets, and we attempt to bring those streets alive for our customers through photography; real, gritty images that “trap life” and celebrate the streets of a city.

Cartier-Bresson, who died in 2004 at the age of 95, has inspired generations of photojournalists. These are my observations on what makes an amazing photojournalist. Mosa'ab Elshamy.