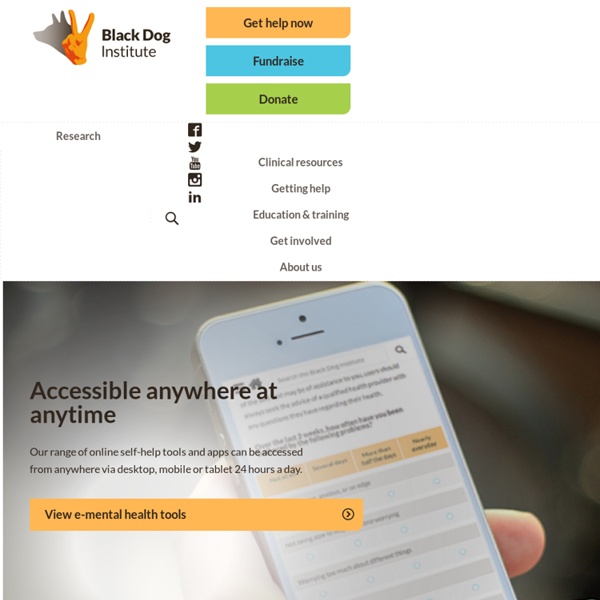 Jerusalem syndrome The best known, although not the most prevalent, manifestation of Jerusalem syndrome is the phenomenon whereby a person who seems previously balanced and devoid of any signs of psychopathology becomes psychotic after arriving in Jerusalem.[citation needed] The psychosis is characterised by an intense religious theme and typically resolves to full recovery after a few weeks or after being removed from the area. The religious focus of Jerusalem syndrome distinguishes it from other phenomena, such as Stendhal syndrome in Florence or Paris syndrome for Japanese tourists. In a 2000 article in the British Journal of Psychiatry, Bar-El et al. claim to have identified and described a specific syndrome which emerges in tourists with no previous psychiatric history.[1] However, this claim has been disputed by M.

Watch Psychology Documentaries Online Free This Fifth Estate documentary was filmed in 1994 and is about a troubled 11 year old called Evan and his family. His parents agreed to have video cameras installed in their home for a 3 month period which resulted in recording Evan’s emotional... In Holding the Sun we get to look into a Canadian family’s struggle to save their son from schizophrenia and cope with the consequences of the condition. The Millar family was torn apart when on May 30th, 1997, Ruth Millar’s son Aaron came calmly up behind her and stuck a sword through her heart.

If your friend threatens to end their own life Having a friend who is feeling suicidal can be a pretty confronting thing to deal with. If you think they are in immediate danger, there are services you can call. Sometimes it can be tough if your friend needs your help, but there are always things you can do to help. How the smartphone affected an entire generation of kids As someone who researches generational differences, I find one of the most frequent questions I’m asked is “What generation am I in?” If you were born before 1980, that’s a relatively easy question to answer: the Silent Generation was born between 1925 and 1945; baby boomers were born between 1946 and 1964; Gen X followed (born between 1965 and 1979). Next come millennials, born after 1980. But where do millennials end, and when does the next generation begin? Until recently, I (and many others) thought the last millennial birth year would be 1999 – today’s 18-year-olds.

The Death of Robin Williams, And What Suicide Isn't I was coming home from a long day of working when I saw the news on Twitter. Today, probably sometime this morning, Robin Williams, beloved American actor, passed away in his California home. The coroner suspects that he committed suicide, probably from asphyxiation. In the short hour since his death broke to the world, I have seen a number of reactions. I’ve seen people saddened and shocked. I’ve seen them skeptical and decreeing how suicide is a “waste.” How to Deal with Depression - Noah Kagan I was hanging with my uncle Kenny at a Mexican restaurant (obviously) a month ago in San Diego and we started talking about smoothie recipes. It dawned on me at that moment how grateful I was to be alive. There were so many more smoothie recipes to make the next day and I had something to look forward to… Compare this to October.

Mind molding psychedelic drugs could treat depression, and other mental illnesses My research group has been studying the effects of psychedelics on neuronal structure and function, and we found that these compounds cause neurons to grow. A lot. Many of these compounds are well-known and include lysergic acid diethylamide (LSD), psilocin (from magic mushrooms), N,N-dimethyltryptamine (DMT, from ayahuasca) and 3,4-methylenedioxymethamphetamine (MDMA, aka ecstasy). These are among the most powerful drugs known to affect brain function, and our research shows that they can alter the structure of the brain as well. How Unethical Behavior Becomes Habit When a former client’s secretary was arrested for embezzlement years before his own crimes were uncovered, Bernie Madoff commented to his own secretary, “Well, you know what happens is, it starts out with you taking a little bit, maybe a few hundred, a few thousand. You get comfortable with that, and before you know it, it snowballs into something big.” We now know that Madoff’s Ponzi scheme started when he engaged in misreporting to cover relatively small financial losses. Over a 15-year period, the scam grew steadily, eventually ballooning to $65 billion, even as regulators and investors failed to notice the warning signs. Many of the biggest business scandals of recent years — including the News of the World phone hacking scandal, billions in rogue trading losses at UBS, and the collapse of Enron — have followed a similar pattern: The ethical behavior of those involved eroded over time.

Why predicting suicide is a difficult and complex challenge Who is going to die by suicide? This terrible mystery of human behavior takes on particular poignance in the wake of suicides by high-profile and much-beloved celebrities Kate Spade and Anthony Bourdain. It is only natural that people want to know why such tragedies occur. Those closest to those who take their lives are often tormented, wondering if there is something they could have – or should have – known to prevent their loved one’s suicide. As a scientist who has focused on this question for the past decade, I should have a pretty good idea of who is and isn’t going to die by suicide. But the sad truth is, I don’t.

What happened to U.S. mental health care after deinstitutionalization? If you ask any social policy expert to describe a well-intentioned initiative that didn't work out as planned, the word “deinstitutionalization” will probably appear in her response. This conventional wisdom is vastly oversimplified. In a recent law review article, University of Michigan disability expert Samuel Bagenstos notes that the broad set of policies designed to move individuals with disabilities out of large institutions into family- or community-based settings was more complicated — and often more beneficial — than is now remembered. On the whole, deinstitutionalization improved the lives of millions of Americans living with intellectual and developmental disabilities (I/DD) — albeit with many exceptions. These policies allowed people to live with proper support, on a human scale, within their own communities.

4 simple exercises to strengthen attention and reduce distractibility Mengxin Li “I think, therefore I am distracted.” If Descartes were writing today, this is what his famous aphorism might have become. We’re living in an age of distraction, battered by our own customized waterfall of notifications, alerts, texts, videos, bingeable TV, and more. It’s not surprising our minds often feel like a jumble. Post-traumatic stress 'evident in 1300BC' 24 January 2015Last updated at 02:40 ET By James Gallagher Health editor, BBC News website Evidence of post-traumatic stress disorder can be traced back to 1300BC - much earlier than previously thought - say researchers. The team at Anglia Ruskin University analysed translations from ancient Iraq or Mesopotamia.

Arenas and zoos can be overwhelming for children with autism Jared Oriel Like many kids his age, six-year-old Abram Maha was fascinated by mummies. So one summer day in 2014, his parents, physicians Julian Maha and Michele Kong, took him to one of his favorite places: the mummy exhibit at a museum in their hometown of Birmingham, Alabama. It was busy that day, the lobby was packed, and the place was a barrage of noises, smells and sounds. For many children with autism, including Abram, this kind of environment results in full-on sensory overload. Mental health workers don't recognise their own burnout Some mental health workers find it difficult to recognise their own burnout and even when they do they struggle to admit it to others says a study presented today at the British Psychological Society Division of Occupational Psychology annual conference in Glasgow. The study was undertaken by lecturer at University at Notre Dame, Australia Ms Marieke Ledingham and colleagues Associate Professor Peter Standen (Edith Cowan University, Australia) and Associate Professor Chris Skinner (University of Notre Dame, Australia). Ms Ledingham explained: “Burnout has long been a problem in mental health workplaces and remains so despite much research and considerable knowledge of it amongst professional employees. Despite working in this sector employees struggle to avoid burnout and we wanted to study how work places could improve support.”