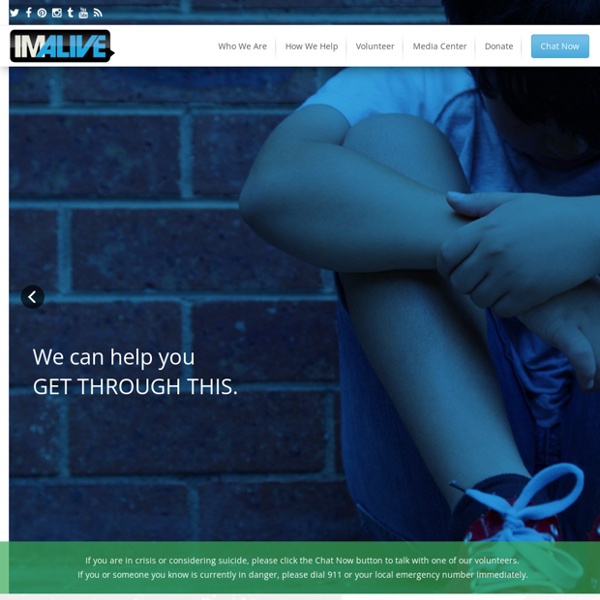 Brain Self-Help: An Incomplete List of Resources » Ashley Miller Yesterday Andy pointed out that a list of non-going-to-therapy resources would be useful. Insurance, time, frustration with therapeutic experiences, inability to tell parents, etc, can make seeing a therapist either impossible or unappealing. Here’s a (totally incomplete) list. Please please please add other suggestions in the comments! Relevant disclaimer: I’m not a therapist. The below are first general resources, then sorted specifically by disorder, followed by some resources if you do decide to seek therapy. Miscellaneous/Multi-Disorder Help & Information DBT WorkbookThis is one of many, but it’s received very positive reception from the psych community and did get an award for being evidence based. Mindfulness Course 8-week course on mindfulness, suggested by commenter kabarett. CBT Workbook Again, one of many, but I’ve looked through this one, and liked the formatting and set up. What It’s Like in a Mental Hospital Breakup Girl Advice and relationships. Dr. Depression Mood Gym

Suicide: Read This First If you are feeling suicidal now, please stop long enough to read this. It will only take about five minutes. I do not want to talk you out of your bad feelings. I am not a therapist or other mental health professional - only someone who knows what it is like to be in pain. I don't know who you are, or why you are reading this page. I only know that for the moment, you're reading it, and that is good. I have known a lot of people who have wanted to kill themselves, so I have some small idea of what you might be feeling. Well, you're still reading, and that's very good. Start by considering this statement: Suicide is not chosen; it happens when pain exceeds resources for coping with pain. That's all it's about. Don't accept it if someone tells you, "That's not enough to be suicidal about." When pain exceeds pain-coping resources, suicidal feelings are the result. Now I want to share with you five things to think about... Well, it's been a few minutes and you're still with me.

Saying No To The Say No To Size Zero Campaign There has been a lot of media attention recently on a campaign called “Say No To Size Zero”. Isn’t that great?! If you’re a “curvy girl” (like me, for example) you might be thinking that this campaign sounds fantastic. I, on the other hand happen to think it’s misguided. This may be an unpopular opinion, but the fact is: If we “Say NO to Size Zero” aren’t we discriminating against skinny chicks? And, if we are, why is that okay? The image above came alongside the caption: “CURVY Katie Green shows off the body that crazy model agencies criticised for being ‘too fat’ as she launches a “Say No to Size Zero” campaign outside parliament today. “Ditch the super skinnies”? An aspiring model was told she needed to lose weight (not cool)…however, she then landed an awesome job with Ultimo! Why on Earth do people think it’s ok to say things like “Curvy Girls Do It Better”? “Someone give her a sandwich!” What is that? Another branch of this crazy faux-motivation is ‘Fitspriration’.

Depression: Suicide Hotline: 1-800-SUICIDE (2433)... - The Tarot Sybarite GLBT National Help Center Welcome to the GLBT National Help Center's Online Peer-Support Chat! We offer free, confidential, one-on-one peer support for gay, lesbian, bisexual, transgender and questioning people. All conversations are confidential. We do not keep transcripts or recordings of the chat conversations we have with you. You may also call one of our toll-free hotlines and speak directly with a volunteer peer-counselor.

10 Things Not to Say to Childfree People. I am a childfree woman about to marry a wonderful childfree man. We don’t want children. Plain and simple. It’s not that we hate children, no, far from it. Of course this seems to irritate, confuse, and sometimes downright offend others. 1) “You’ll change your mind when you get older.” This comment is sometimes shortened to just “you’ll change your mind.” 2) “You’re not old enough to know that.” This is in a similar vein to number 1. 3) “You’re selfish.” This just makes no sense to me. 4) “Why do you hate kids?!” Just because I don’t want kids doesn’t mean I hate them. 5) “You don’t understand how hard it is to be a parent!” Yes we do. 6) “But don’t you want a family?” This one is rather infuriating because it implies that family is synonymous with children. 7) “But don’t you want to give your parents grandchildren?” That’s not their decision. 8 ) “But think of all the people who want kids and can’t have them!” …And? 9) “Who will take care of you when you’re old?”

The man who couldn’t speak—and how he revolutionized psychology | Literally Psyched Bicêtre Hospital, the place of Leborgne's illness. Credit: Wikimedia Commons, National Library of France. When he was 30 years old, Louis Victor Leborgne lost the ability to speak—or speak in any matter that made any sort of sense. Apart from his inability to speak, Louis Victor did not appear to exhibit any signs of physical or cognitive trauma. Within ten years, however, Leborgne began to manifest other signs of distress. In April, 1861, Leborgne developed gangrene. Broca specialized in the study of language. When it came to speech, however—Broca’s main area of interest—Leborgne was hopelessly lost. He could no longer produce but a single syllable, which he usually repeated twice in succession; regardless of the question asked him, he always responded: tan, tan, combined with varied expressive gestures. Broca termed the deficit aphémie, or aphimia, the loss of articulated speech. Dr. On April 17, at approximately 11am, Louis Victor Leborgne died. That wasn’t, however, the whole story.

Reasons to go on Living Starter Pokémon From Bulbapedia, the community-driven Pokémon encyclopedia. Artwork featuring the player's starter Pokémon from GenerationsI through IV At the beginning of their quest, Trainers are given a starter Pokémon (Japanese: はじめてのポケモン Beginning Pokémon or 最初のポケモン first Pokémon; known as 御三家 the big three among Japanese fans). This Pokémon will be used to battle the first wild Pokémon that the Trainer encounters. Once another Pokémon is caught, the starter Pokémon may be retired, but it is often with this Pokémon that Trainers learn friendship and trust. As such, even advanced Trainers may still use their starter Pokémon, and they will often be the most powerful Pokémon on their respective teams. In the core series games, it is said that the starter Pokémon are extremely rare, giving the player a reason why the Pokémon not chosen can't be found in the wild. In the games Starter Pokémon Core series Kanto In Pokémon Yellow, due to being based on the anime, Oak instead gives out: Johto Hoenn Sinnoh Unova Kalos

5 Ways to Make Progress in Evolutionary Psychology: Smash, Not Match, Stereotypes | Context and Variation (Alternate, Twitter-sourced titles: “5 Ways to Prove Darwin Wasn’t Crazy,” “Shut the Eff Up and Science Already,” “5 Ways Psychology Needs to Evolve.”) Evolutionary psychology, the study of human psychological adaptations, does not have a popular or scientific reputation for being rigorous, even though there are rigorous, thoughtful scientists in the field. The field is trying to take on an incredibly challenging task: understand what of human behavior is adaptive and why. Because of this, there are consequences to a bad evolutionary psychology interpretation of the world. I once had a fellow from this field talk my ear off for fifteen minutes about his “one bad apple spoils the barrel” hypothesis (it was so long ago at this point that I’m not too worried about the story identifying him). No one should ever love their idea so much that it becomes detached from reality, as much an issue for those testing hypotheses as those reading about them in blog posts and magazines. 1. 2. 3. 4. 5.