The brutal world of the Nelson-era Navy. 20 October 2013Last updated at 21:01 ET The 18th Century was a tumultuous period for the Royal Navy. 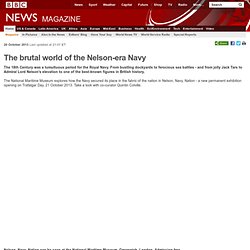 From bustling dockyards to ferocious sea battles - and from jolly Jack Tars to Admiral Lord Nelson's elevation to one of the best-known figures in British history. The National Maritime Museum explores how the Navy secured its place in the fabric of the nation in Nelson, Navy, Nation - a new permanent exhibition opening on Trafalgar Day, 21 October 2013. Take a look with co-curator Quintin Colville. Continue reading the main story To see the enhanced content on this page, you need to have JavaScript enabled and Adobe Flash installed. Nelson, Navy, Nation can be seen at the National Maritime Museum, Greenwich, London. All images subject to copyright - and courtesy National Maritime Museum. 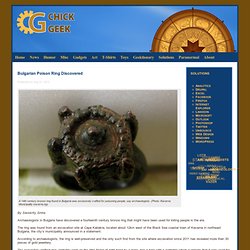 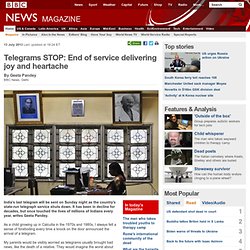 It has been in decline for decades, but once touched the lives of millions of Indians every year, writes Geeta Pandey. As a child growing up in Calcutta in the 1970s and 1980s, I always felt a sense of foreboding every time a knock on the door announced the arrival of a telegram. My parents would be visibly worried as telegrams usually brought bad news, like the death of a relative. They would imagine the worst about their elderly parents in rural Uttar Pradesh until the square piece of paper reassured them that all was well back in the village. For decades the main source of reliable and urgent communication, telegrams brought happy and sad news to millions of Indians every year. Continue reading the main story. Kursk legacy: Will there ever be another massive tank battle? 5 July 2013Last updated at 06:16 ET By Tom de Castella BBC News Magazine It's 70 years since Kursk, the largest tank battle in history. 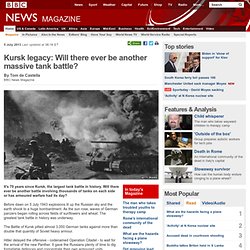 Will there ever be another battle involving thousands of tanks on each side or has armoured warfare had its day? Before dawn on 5 July 1943 explosions lit up the Russian sky and the earth shook to a huge bombardment. As the sun rose, waves of German panzers began rolling across fields of sunflowers and wheat. What does the discovery of Richard III's remains mean for history? Michael Jones and Philippa Langley have co-authored a new book on the discovery of Richard III's remains, a project that Langley organised and funded. 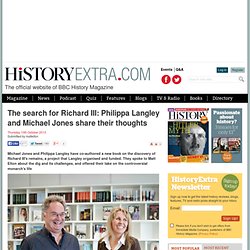 They spoke to Matt Elton about the dig and its challenges, and offered their take on the controversial monarch's life. Archive - What We Wore - A history of fashion from 1720 to 1982. History - British History in depth: The Myth of the Renaissance in Europe. Fashion: The accountant who created the first book of fashion. How did a 16th Century accountant end up creating one of the most unique documents in the history of fashion - the world's first fashion book? 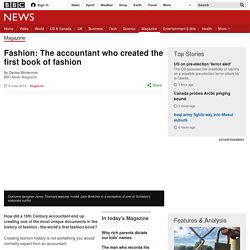 Creating fashion history is not something you would normally expect from an accountant. But in an extraordinary undertaking spanning 40 years a style-obsessed accountant from Augsburg in Germany recorded in detail what he wore, creating what historians now think is the world's first fashion book. Interested in clothes from a young age, Matthaeus Schwarz started commissioning watercolour paintings of himself at the age of 23 and continued until he was 63. No other pictorial record like it exists, say experts. Image copyright Herzog Anton Ulrich-Museum. Medicis Had Rickets? X-Rays Reveal Signs Of Bone Disorder In Famed Renaissance Family. As the wealthy rulers of Tuscany and patrons of Leonardo da Vinci and Galileo, the Medicis were the 'first family' of the Italian Renaissance. But all their wealth could not buy good health for their young sons and daughters. A study 1 of the skeletons of nine Medici children born in the sixteenth century shows that they had rickets, a vitamin D deficiency that causes bones to become soft and even deformed.

What’s more, the disease was partially a result of the privileged upbringing these children enjoyed, which in particular led them to stay mostly indoors. Rickets is usually associated with poverty and living in heavily polluted, close-built cities where there is little exposure to sunlight. But the Medici kids, ranging in age from newborn to 5 years old, “belonged to a high social class. London Tube Ghost Station Map Shows All The Spooky Stops You Can't Go To (PICTURE) Amelia Earhart's Freckle Cream Discovered On South Pacific Island Sheds Light On Mysterious Disappearance. Amelia Earhart Plane Found? Sonar Image Of Possible Wreckage May Suggest Earhart Died On Island. For decades, the question of what happened to the fearless American pilot Amelia Earhart has been an enticing puzzle for history buffs, but a grainy sonar image of possible plane wreckage could be key in answering the nearly 76-year-old mystery. 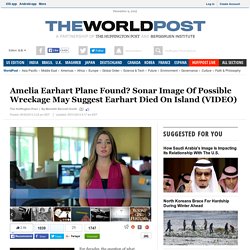 Possible theories for the heroine's demise include a devastating crash into the Pacific, as well as capture and execution by the Japanese, according to PBS. However, researchers working with The International Group for Historic Aircraft Recovery (TIGHAR) believe they have found evidence that Earhart landed on a remote reef, after which her plane washed into the ocean and sank, according to the group's website. TIGHAR-funded sonar imaging has revealed a 22-foot long object that represents a true "anomaly" in the group's data, Ric Gillespie, executive director of TIGHAR, told Discovery News. The Mary Rose: A Tudor ship's secrets revealed. By Eleanor Williams BBC News. 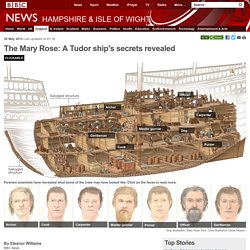