Journalism in the Age of Data: A Video Report on Data Visualization by Geoff McGhee 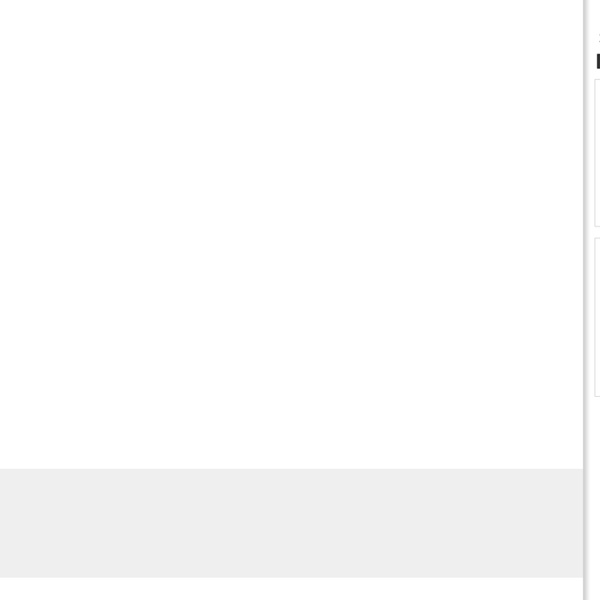 Trigger » Innovation: Science + Culture 2 June 2011 This event has now happened. You can take a look at the documentation here . An ideas exchange - What happens when art and science meet? About this website We are a hub for news and resources from the community of journalists, editors, designers and developers who use data in the service of journalism. On our site you’ll be able to: Get a behind the scenes look at data journalism projects from around the world;Learn about new tools and methods for how to work with data effectively;Find out and get informed about training events and job opportunities in your area;Stay on top of the latest developments in the field. The website is part of the European Journalism Centre’s Data Driven Journalism initiative. Data Driven Journalism is one of the leading initiatives for training, resources and networking in the area of data journalism.

Mapping European Stereotypes By Maria Popova Geopolitical cartography is all about an objective view of the world’s political conventions. But there’s nothing politically correct in Bulgarian-born, London-based designer Yanko Tsvetkov‘s Mapping Stereotypes project — a series of amusing, often tragicomically true maps of Europe based on various subjective perceptions and ideologies. Tsvetkov’s maps are available for purchase as prints, mousepads and t-shirts on Zazzle. A Summary of the Book “Surviving the Cataclysm” — News of Interest.TV A Summary of the Book ”Surviving the Cataclysm” The comprehensive book ”Surviving the Cataclysm - Your Guide Through the Greatest Financial Crisis in Human History” by Webster Griffin Tarpley offers an excellent view of the inner workings of the US and world economy that is often concealed by the establishment media, and in the process the book hilights the futility of Barack Obama's current economic strategies while outlining an effective plan for bringing the world out of it’s worsening depression and into economic growth and prosperity. Major topics of the book include the huge economic problems being caused by the existence of toxic ”derivative” speculation, as well as policies of the Obama administration wastefully pouring massive amounts of money into failed financial institutions rather than dedicating resources such as low-interest credit to restarting the dying US industrial base for rebuilding the nation’s infrastructure. Webster Tarpley’s website is located at 1.

Data visualization, infographics and technology in the year 2019 Data visualization, infographics and technology in the year 2019 Numbers are now sexy Nerds of the world, rejoice, numbers are officially sexy. Infographics (information graphics) have existed for some time but are now going mainstream, so much so that we feature a new infographic almost every day now. It is a sexy way to present data that may be dry or complicated and present it in a modern, aesthetically pleasing way. But it’s not just economists that are in on the game, real estate has flocked to data visualization to reveal trends with Trulia leading the charge having launched a website specifically for their interactive infographics with their massively respected in-house talent that has already impressed the world with various heat maps and data visualizations.

Using Data Visualization as a Reporting Tool Can Reveal Story’s Shape Readers have come to rely on interactive presentations to understand complicated stories, using them to zoom in on periods of time and highlight areas of interest. Yet to investigate these stories, reporters often create what amounts to handcrafted investigative art: flow charts with circles and arrows, maps shaded with highlighters and stuck with pins. More and more, though, some reporters are using data visualization tools to find the story hidden in the data. Those tools help them discover patterns and focus their reporting on particular places and times. FORM+CODE: Eye and Brain Candy for the Digital Age by Maria Popova Computational aesthetics, or what typography has to do with Yoko Ono and Richard Dawkins. Yes, we’re on a data visualization spree this week, but today’s spotlight taps into an even more niche obsession: data viz book candy. This season, Princeton Architectural Press, curator of the smart and visually gripping, brings us FORM+CODE — an ambitious, in-depth look at the use of software across art, design and illustration for a wide spectrum of creative disciplines, from data visualization to generative art to motion typography.

University strengthens ties with China - News - News & Events Twelve Chinese PhD candidates in the Netherlands who are funded by the China Scholarship Council met with Leiden staff on 26 April 2012 to exchange experiences. Ten days earlier Leiden had welcomed a delegation from Peking University. Mutual interests Given the growing importance of China, Western universities are keen to collaborate with Chinese partners. China's economic power has increased strongly in a short space of time, and the country now needs highly educated workers with international experience. A programme of extensive funding, managed by the China Scholarship Council (CSC), has been set aside to achieve this aim.

Data Visualization: Modern Approaches - Smashing Magazine About The Author Vitaly Friedman loves beautiful content and doesn’t like to give in easily. When he is not writing or speaking at a conference, he’s most probably running … More about Vitaly Friedman … Data presentation can be beautiful, elegant and descriptive. #ijf11: Lessons in data journalism from the New York Times Follow this link or scroll to the bottom to start by hearing more from New York Times graphics editor Matthew Ericson on what kind of people make up his team and how they go about working on a story The New York Times has one of the largest, most advanced graphics teams of any national newspaper in the world. Yesterday at the International Journalism Festival, NYT deputy graphics editor Matthew Ericson led an in-depth two-hour workshop on his team’s approach to visualising some of the data that flows through the paper’s stories every day. He broke the team’s strategy down in to a few key objectives, the four main ones being:

Visualize This: How to Tell Stories with Data by Maria Popova How to turn numbers into stories, or what pattern-recognition has to do with the evolution of journalism. Data visualization is a frequent fixation around here and, just recently, we looked at 7 essential books that explore the discipline’s capacity for creative storytelling. Today, a highly anticipated new book joins their ranks — Visualize This: The FlowingData Guide to Design, Visualization, and Statistics, penned by Nathan Yau of the fantastic FlowingData blog. (Which also makes this a fine addition to our running list of blog-turned-book success stories.) Yu offers a practical guide to creating data graphics that mean something, that captivate and illuminate and tell stories of what matters — a pinnacle of the discipline’s sensemaking potential in a world of ever-increasing information overload.

If you're not sure what all the hype is about then this is a great place to begin. Although mainly about data visualization, this series of videos gives a comprehensive overview of the importance of "discovering" questions within both structured and unstructured data and then "exploring" - combing and mining the data - to find answers to the questions. by scarletinvincible Feb 21