The Art of Making, The Carpenter 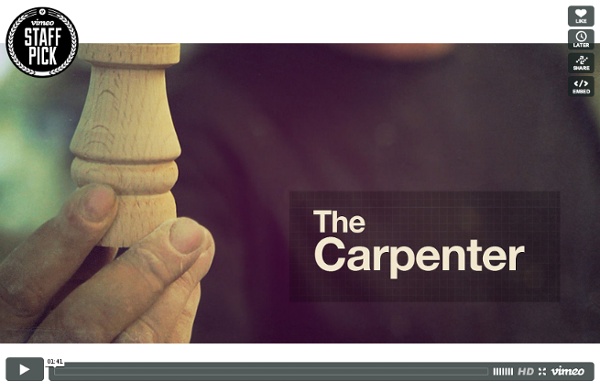 The Work of Edward Tufte and Graphics Press Edward Tufte is a statistician and artist, and Professor Emeritus of Political Science, Statistics, and Computer Science at Yale University. He wrote, designed, and self-published 4 classic books on data visualization. The New York Times described ET as the "Leonardo da Vinci of data," and Business Week as the "Galileo of graphics." He is now writing a book/film The Thinking Eye and constructing a 234-acre tree farm and sculpture park in northwest Connecticut, which will show his artworks and remain open space in perpetuity. He founded Graphics Press, ET Modern gallery/studio, and Hogpen Hill Farms LLC. Visual Display of Quantitative Information 200 pages Reasons Spicy Foods And Peppers Are Good For The Health Many thought that eating spicy food can cause ulcer or any other stomach illnesses. However, as studies show, chili peppers, jalapeño, and other hot spices can actually help prevent gastric problems and even protect the body’s stomach lining. This is a good news for lovers of hot and spicy foods. There are actually more other health benefits that they can get from eating jalapeños and other spicy foods. Check these out. Nutrients

80+ Excellent Cinema 4D Tutorials and Best Practices CINEMA 4D is a 3-D application that is popular amongst matte painters in film production, largely due to the BodyPaint 3D functionality. It is equally popular amongst motion graphics artists, thanks to its excellent integration with compositing application pipelines, and a very artist-friendly, customizable workflow and interface. It has been used for films such as Chronicles of Narnia, Beowulf, Polar Express, Spiderman 3 and Monster House. CINEMA 4D’s intuitive interface and logical workflow make it possible for those new to 3D artistry to dive in and be productive quickly. Feedback is smooth and interactive so you can let your creativity run free.

Infographic Of The Day: Are U.S. Cities Like Detroit Really Dying? Flight to the suburbs, urban decay, ruin porn--we've all become yawningly familiar with these tropes of modern migration. But a set of fascinating new maps based on data from the 2000 and 2010 U.S. Census shows that, if you look really closely, those ho-hum trends aren't as simple as they seem. Would you believe that buried in the downtown heart of supposedly dead Detroit, there's actually been an influx of residents? Well, here's the proof in black and white--or rather, blue and red (the blue areas have seen population growth over the past decade; red areas have declined): You practically need a microscope to notice, but as DataPointed points out, you can clearly see a "speckled blue island surrounded by a sea of red" right smack in the city center.

Top 23 Amazing Destinations In Mindanao Just when you thought only Luzon and Visayas has the most fine-looking tourist attractions in the Philippines to explore then Mindanao will definitely prove you wrong. In the farther reaches of Southern Philippines lie several amazing destinations which awaits to be visited. Allow yourself to be mesmerized by the stunning sightseer spots in Mindanao and find out why this place has won the hearts of several adventure travellers. Siargao in Surigao del Norte Infographic: How To Make Every Coffee Drink You Ever Wanted The folks at PopChartLab have already tackled breweries, cocktails, and pies with their eye-pleasing infographics, each one meticulously researched and gorgeously rendered. It’s a process[/url ] that undoubtedly involves a lot of coffee. Their newest work celebrates the whole family tree. Click to enlarge. The [url= Coffee Chart lays out the entire coffee ecosystem, outlining how various methods of production, including the French press, Kyoto dripper, and Neapolitan flip, among others, are used to create coffees, cortados, cappuccinos, and more. Coffee devotees can use the graphic as a way to announce their allegiance to the cocoa bean in all its manifestations.

A Filipino native who's cooked for Guy Savoy and Thomas Keller opens Rice Bar in downtown L.A. Rice Bar, a diminutive Filipino counter restaurant in downtown Los Angeles, is to a normal restaurant kind of like what tiny houses are to conventional houses. Seven neon yellow stools are jammed up to an L-shaped marble counter that takes up the majority of the 275-square foot space. Behind that counter, Rice Bar's chef and owner Charles Olalia cooks on a jigsaw system made up of three rice cookers, two hot plates, a griddle and a warmer. Olalia, who is 32 and originally from Manila, opened this, his first restaurant, six months ago in what was previously a falafel joint.

Infographic: Over 400 Vegetables On One Incredibly Healthy Poster When you’re a kid, vegetables are the worst. With time, however, their appeal presents itself. That has to do in part with maturing taste buds, and from a better understanding of the importance of healthy eating.