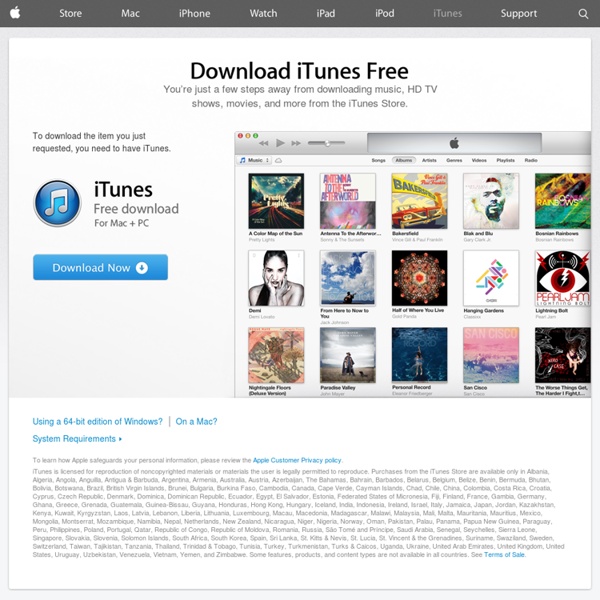 5 Psychological Experiments That Prove Humanity is Doomed Cracked.com's new book is now on sale. What follows is one of 22 classic articles that appear in the book, along with 18 new articles that you can't read anywhere else. Psychologists know you have to be careful when you go poking around the human mind because you're never sure what you'll find there. Story Creator for iPhone 3GS, iPhone 4, iPhone 4S, iPhone 5, iPod touch (3rd generation), iPod touch (4th generation), iPod touch (5th generation) and iPad on the iTunes App Store "This is the future of sharing stories! Fun, Simple, and Easy!" With Story Creator you can easily create beautiful story books containing photos, videos, text, and audio all in one gorgeous collection. 50 really useful iPad 2 tips and tricks An absolute gem of an article by John Brandon and Graham Barlow from MacLife on 30th March over at TechRadar. This is going to become my iPad manual from here on in. Customised iPads for all iPad 2 tips and original iPad tips - get 'em here!

No More Buttons: Clear Demonstrates the Power of a Purely Gesture-Based Interface At Goldman Sach's technology and Internet conference today, Apple's CEO Tim Cook gave a rare live interview that provided a sweeping overview of the current state of Apple and some glimpses into its future. One moment that stuck with me was Cook noting how he things that at least some of the iPad's success is based on the face that it wasn't a completely new experience for users. The iPhone and iPad touch had already trained users in how to use Apple's gesture-based controls ("The iPad," he said, "stood on the shoulders of everything that came before it."). It's somewhat fitting then, that today also marks the launch of Clear ($0.99), a deceptively simple todo list app for the iPhone that does away with menus and just focuses on providing a natural interface based on gestures and a few taps here and there. While most iOS productivity apps still use menus at the bottom of the screen, Clear just runs in something closer to a full-screen mode.

Inc. It all started in the summer of ‘09, when developer mastermind Petr met Robin, a sought-after designer & entrepreneur. The two realized they shared a passion for a new technology that was changing the way the world communicated: the iPhone app. Petr had the coding expertise, but no flair for design. Robin’s design skills were on-point, but he needed more structural savvy. Together, they were a killer combination and they teamed up immediately. Two months later they launched Cookmate, their first app. Ten Psychology Studies from 2009 Worth Knowing About - David DiSalvo - Brainspin Image by AFP/Getty Images via Daylife Several great psychology and neuroscience studies were published in 2009. Below I’ve chosen 10 that I think are among the most noteworthy, not just because they’re interesting, but useful as well. 1. If you have to choose between buying something or spending the money on a memorable experience, go with the experience.

Best Apps for Kids : reviews, news and promo codes for iPhone / iPad / iPod apps StoryLines For Schools is a drawing game app with an educational component, creating appeal for kids, parents, and teachers. It is reminiscent of the old school “Telephone” game, and is sure to cause fits of giggles during play. The game allows for 3, 5, 7, or 9 players. It begins with a player typing in a phrase or choosing an option from four different categories: elementary vocabulary, intermediate vocabulary, SAT words, or quotes.

The Complete List of iPad Tips, Tricks, and Tutorials The Apple iPad is an amazing tablet, and to help you get the most out of it, we’ve put together a comprehensive list of every tip, trick, and tutorial for you. Read on for more. Note: This article was originally published earlier this year, but we’ve updated it with a real lot more content since then, so we’re republishing it for you. We’ll be keeping this page updated as we find more great articles, so you should bookmark this page for future reference.

Wavii Launches In Public Beta, Aiming To Be Your Big Data News Aggregator Of Choice After years, yes years, in various states of stealth mode, Seattle-based personalized news aggregation startup Wavii is finally launching to wide scale public consumption. Backed with a list of angel investors that reads like a who’s who of today’s tech industry — Ron Conway, Aydin Senkut, Mitch Kapor, Dave Morin, Shawn Fanning, Keith Rabois, Max Levchin, Paul Bucheit, Rick Marini, Joshua Schachter, and Mike Arrington’s CrunchFund to name just a few — Wavii is built upon some big ideas, and naturally is going to be greeted with some high expectations. Will it possibly be able to live up to them? In short: Maybe yes, maybe no. But first let’s talk about what exactly it is.

visit food - Visit Bruges Our Chefs The Bruges chefs like to talk about their passion for the city and local products. Discover their story! Does the comfort of conformity ease thoughts of death? - life - 25 February 2011 AS THE light at the end of the tunnel approaches, the need to belong to a group and be near loved ones may be among your final thoughts. So say Markus Quirin and his colleagues at the University of Osnabrück in Germany. The team prompted thoughts of death in 17 young men with an average age of 23 by asking them whether they agreed or disagreed with a series of statements such as "I am afraid of dying a painful death". At the same time, the men's brain activity was monitored using a functional MRI scanner. To compare the brain activity associated with thoughts of death with that coupled to another unpleasant experience, the team also prompted thoughts of dental pain using statements like "I panic when I am sitting in the dentist's waiting room".

Mobile Apps ReadWriteThink has a variety of resources for out-of-school use. Visit our Parent & Afterschool Resources section to learn more. More Home › Classroom Resources › Mobile Apps There’s an app for that! Now you can engage your students in literacy learning using tablet devices.

This is such a cool App! I love it best idea... All the other Apps like it are invasions of privacy and let people just 'follow' you if they want... You could say those other appd could be used for allot of purposes that you defiantly don't want. This allows you to send a locating signal at will to a friend and turn it off at will with the touch of a button. Read about it on the App Store. It could really be useful! by notoriousre_i_d Dec 8

Offering collaborative editing, the built in classroom sharing network encourages students to edit one an others writing. The app also comes with a complete library of editing tools and symbols. by kayo28 Aug 9

The Apple iStore offers several options for Diary of A Wimpy Kid fans. Movie rentals, apps for iPhone and iPad, audiobooks, and albums are available. Some require a fee and some are FREE!!! This is a great way to find versions of the series in a format other than print! Download the audiobooks and save paper! Download an app and enjoy the series wherever you go! by pwenger Jan 31

Best example of solving the need for numberious icons. Go vertical and scroll. Bravo. Simple ideas are always so hard to fine. Why? Bravo Dwell by hfernety Nov 22

Clever "review my app in the appstore and give me 5 stars please" system... as expected with Getglue! by PED Aug 18

I’m not a huge Twitter user, and I’m not really ecstatic about any of the iPhone Twitter apps. I like Weet best right now, but I’m not sure how long it’ll stay on my first screen. by avayaoli Aug 7

Don’t use task lists to manage tasks. I do, however, use TaskPaper to keep track of what groceries I have to buy. by avayaoli Aug 7