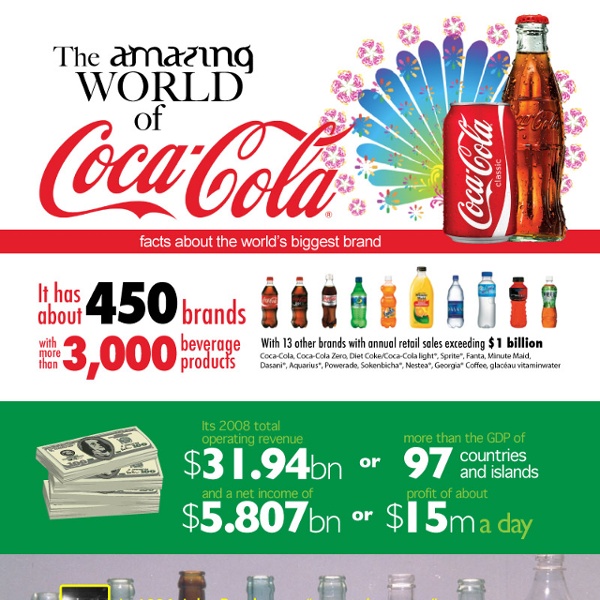 How To Train Yourself to Speed Read What Are The Hardest Languages To Learn? [INFOGRAPHIC] Learning a new language can be difficult, but some languages can be trickier than others. For native English speakers, the difficulty level of a new language depends on a variety of factors. So which are the most difficult to learn? (Click Image To Enlarge) Use This Infographic In Your Class We think that infographics are an awesome learning and teaching tool, so our creations will always be available for you to print out, use with your students and embed on your blog! Embed this image on your site <a href=" src=" <a href=" Blog</a> Warm-Up Activity Before handing out the infographic, discuss the following questions with your students: Are some languages harder to learn than others? Speaking & Critical Thinking Practice Questions to ask your students after presenting the infographic:

Do You Know The Real Cost Of Social Media? These days if you’re not using social media to build your brand then you’re way behind the times. But many companies are fooled into thinking that social media marketing is free, or at least close to free. A new infographic published on Focus.com uncovers some of the costs of using social media for marketing, from staff costs to external fees, advertising and more, and discusses whether the ROI makes social media spending worth the cost. The infographic begins with a simple statement. “With social media at the height of its popularity, advertisers and companies find it an easy and trendy means of expanding their marketing horizons. While many companies may be fooled by the free cost to open a social media account, many fail to consider the expenses that go into running a social media campaign. According to the infographic, running a social media campaign is far from free. Megan O’Neill is the resident web video enthusiast here at Social Times.

The Anatomy Of An Infographic Information is very powerful but for the most bit it is bland and unimaginative. Infographics channel information in a visually pleasing, instantly understandable manner, making it not only powerful, but extremely beautiful. Once used predominantly to make maps more approachable, scientific charts less daunting and as key learning tools for children, inforgraphics have now permeated all aspects of the modern world. I designed a couple of infographics back in college, the need arising especially around the time Soccer World Cup fever spiked. It was a fun process representing the different groups, predicting winners in each group at each stage and creating a mock pairing of teams that would clash all the way leading upto the finals. Infographics can appear daunting to some with the sheer amount of data they present, but designed in the right manner and step by step, they can actually be one of the most fun things you will ever create. Anatomy Of An Infographic 1. 2. 3. 4. 5.

Cool Infographics - Blog Chinese: The New Dominant Language of the Internet New York Times op-ed columnist Nicholas Kristof recently argued that “[E]very child in the United States should learn Spanish, beginning in elementary school; Chinese makes a terrific addition to Spanish, but not a substitute.” As more parents encourage their kids to study Chinese, and more schools – both public and private – begin offering Chinese language classes, it might seem that Americans are neglecting a language with far more day-to-day applications: Spanish. The reality, however, is that Spanish remains the most studied foreign language in the US [PDF]; and enrollment in Chinese courses has skyrocketed because of China’s ever-increasing global influence. For example, if you think that English will always be the most widely used language on the Internet, you might want to think again. Click to Enlarge Source: TNW(Visited 2,129 times, 1 visits today)

16 Facts About Sleep In order to start the week off right, I thought I would share an infographic very appropriate for a Monday, one entitled “16 Things You Didn’t Know About Sleep.” As I write this I think about how amazing sleep is and of those mornings when sleep is just too appealing to pass up. As we all know sleep is essential to life. Sleeping works better than any medicine or home remedy, sleeping is the cure-all. One interesting tidbit that you may be unaware of which this infographic suggests is that color television has actually affected the way people dream. As a college student I now realize the importance of sleep. Share This Infographic Get Free Infographics Delivered to your Inbox

Tipping Etiquette Around the World Growing up I never really understood the tip, it always seemed as though we were just paying twice for someone to do their job. However as I’ve gotten older I’ve realized tipping is a pretty important thing. After all these people are handling your food and other important things you don’t want them messing with/up. As a poor college student tipping sucks, but I do it even if it is just a dollar or two, a tip is a tip right? Today’s infographic Tipping Etiquette Around the World does a nice job of comparing the way people tip in different countries. Being in the service industry is not all it’s cracked up to be, but the tips sure do help. Click to enlarge Share This Infographic Get Free Infographics Delivered to your Inbox