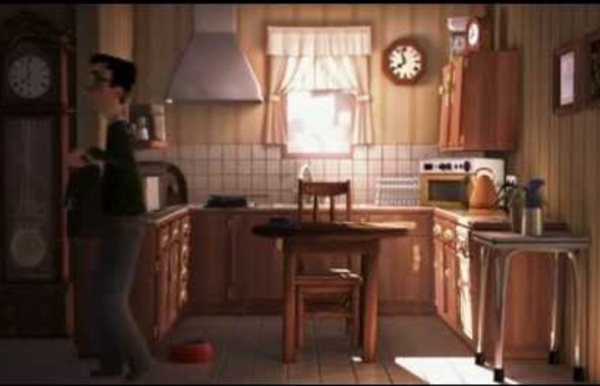 Vision off – YouTube technique Vision off – YouTube technique Submitted by admin on 5 July, 2011 - 08:42 This YouTube activity really gets your students thinking creatively. A short film is played for the students, but they can’t see the scene, they can only hear it. Students guess what happens in the scene before they get to view it to check their deductions. Students are motivated and have lots of fun. Daily Bread - Photographs and text by Gregg Segal Food is a central part of our lives, and yet we tend to take it for granted. We’re often too busy to give much thought to what we’re eating or how it affects our health. In the West, there’s a growing awareness about the harm of eating processed foods loaded with salt, fat and sugar, but awareness hasn’t led to widespread change: obesity rates are climbing, and since corn syrup came along, the incidence of diabetes has tripled. For the first time in many generations, life expectancy has decreased in America, and the main culprit is empty calories—processed, packaged junk foods promoted to us by big-budget commercials. As the saying goes, the hand that stirs the pot rules the world.

Room 8 by @JamesWGriffiths Set in a 1970′s prison cell, James W. Griffiths’ striking Room 8 mixes an intriguing narrative with impressive visual fx to create an utterly compelling 7-minute short. With a plot that feels pulled from an episode of The Twilight Zone, Griffiths’ short is one part Thriller, one part Science Fiction and one part Horror. Which in my eyes equals a whole lot of awesome. Set in a Russian jail, when a new British prisoner is thrust into one of the cells he finds a fellow countryman and a mysterious red box. When the box is opened a series of incredible and surreal events give him a chance to escape.

Mr Bean at the Dentist (Past Simple) Mr Bean is late for his dental appointment and tries to get dressed and clean his teeth on the way. After arriving just in time for the appointment, he gives an anesthetic to the dentist. DVD on amazon here You are going towatch some clips of Mr Bean and answer questionspractise using the Past Simple write summary of the story in the past How often do you go to the dentist?Do you like going?Did you ever have a filling? 5 Spanish language animated films that can compete with Pixar 1. Chico y Rita This is an Oscar-nominated film that deals with romance in pre-revolutionary Cuba. It comes with an epic soundtrack, and great historical insight into the spread of Latino music from Cuba to the United States. Top 5 Sitcoms to Watch with your Students to Learn English The following is a list of top 5 TV shows that I believe are useful to helping students improve their English: 5. The Big Bang Theory The Big Bang Theory is currently one of the most popular sitcoms on TV.

providr What’s wrong with today’s society is a popular topic of discussion these days. Usually, technology is at the heart of the issue, but illustrators John Holcroft and Steve Cutts prove modern society is even more problematic than we thought. John Holcroft is a retro illustrator based in England who creates simple 50s inspired art to illustrate serious subjects. You can see more of John Holcroft’s illustrations at www.johnholcroft.com.

Short Film Directed by Anthony Deptula Dating in Los Angeles is hard, especially when you have a crappy car. Bad Cars is a new short by Anthony Deptula, best known as the writer and star of the wonderful little indie feature One Too Many Mornings, which premiered in the inaugural edition of Sundance’s low-budget NEXT section in 2010. OTMM was a notable pioneer in the world of VOD; the first feature to use Sundance as a launching pad for an immediate online release. Whenever the indie press hypes new releasing strategies, I always think of OTMM, which is now available to watch for free on Hulu. Deptula showed grace, wit and strong comedic timing on that film, which he now brings to the director’s chair on Bad Cars, a romantic comedy about a first date with a simple problem; neither person wants the other to see their crappy car.

More Mr. Bean Just surfing the net while my husband does the dishes - this must be the 90's. Had a great class today thanks to one of my Mr. Bean videos. Used it 2 ways because of the 2 levels I teach. TED TALKS: “ONE SIZE FITS ALL” You are a good teacher. You work tirelessly to inspire creativity and motivation in your students. The list of bookmarked TED-videos in your computer is longer than the Great Wall of China. But you won’t have the time to design lesson plans with worksheets and handouts around these videos. If it is so, this post will come in handy. Here is a worksheet with a set of activities for taking any TED talk (or any similar video) and using it in class with the least amount of preparation time on your part.