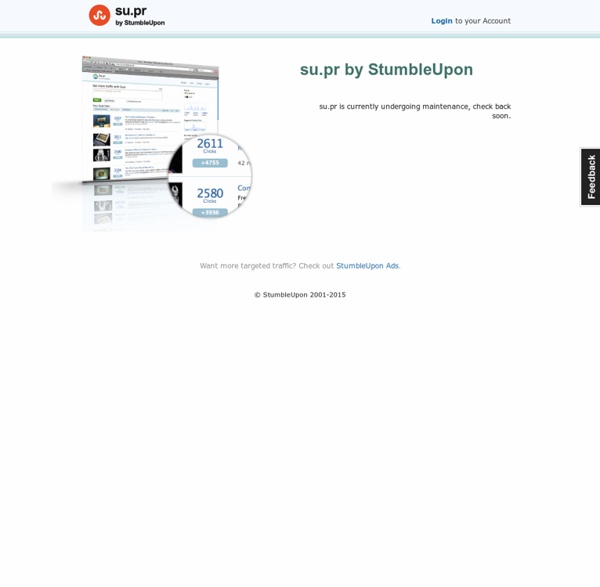 TinyURL.com - shorten that long URL into a tiny URL Tumblr&#039;s CEO brainstorms microblog monetization I’m working on a column for Fast Company Magazine about how microblogging companies like FriendFeed, Twitter, and Tumblr might make money. Here’s a little sneak peek based on a conversation I had today with Tumblr founder/CEO David Karp. First, we didn’t focus on just advertising. Tumblr is joining media sharing sites Flickr and SmugMug into charging its users for stuff. People in the industry call that the “freemium” model. “Hopefully this stuff will be slick enough that people will appreciate it,” Karp told me, saying he thinks people will pay to use Tumblr’s cooler features. But that stuff is already known, along with the standard old advertising model. He’s motivated by what he saw happen on Facebook. The social gesture? “This ad is really an endorsement,” he told me. Then we talked about Tumblr. And, over on Tumblr, I was able to reblog his post to my own Tumblr, which caused a little note to show up on his original post. The whole thing is viral and takes advantage of our egos.

All in One SEO Pack The original WordPress SEO plugin, downloaded over 50,000,000 times since 2007. Use All in One SEO Pack to optimize your WordPress site for SEO. It’s easy and works out of the box for beginners, and has advanced features and an API for developers. Upgrade to Pro Version Premium Support First created in 2007, see why AIOSEO is one of the all time most downloaded plugins for WordPress. Follow me on Twitter to keep up with the latest updates Michael Torbert I'm using only this one seo pack for every of my wp site. All-in-One-SEO (AIOSEO) is a bit more technical compared to some of its competitors. I use AIOSEO for all of my web development clients. This plugin is working just great and I never had any issues. Even the FREE version of All In One SEO is better than most of the payable versions of other plugins out there. Read all 433 reviews

TightURL Free Twitter Backgrounds - Custom Twitter Backgrounds Google XML Sitemaps Use this plugin to greatly improve SEO to create special XML sitemaps which will help search engines like Google, Bing, Yahoo and Ask.com to better index your site. With such a sitemap, it’s much easier for the crawlers to see the complete structure of your site and retrieve it more efficiently. The plugin supports all kinds of WordPress generated pages as well as custom URLs. Additionally it notifies all major search engines every time you create a post about the new content. Supported since over 9 years and rated as the best WordPress plugin, it will do exactly what it’s supposed to do – providing a complete XML sitemap for search engines. If you like the plugin, feel free to rate it (on the right side of this page)! Related Links: License Good news, this plugin is free for everyone! Translations The plugin comes with various translations, please refer to the WordPress Codex for more information about activating the translation. Read all 2,059 reviews Contributors Arne Brachhold

easyURL.net What is Follow Friday on Twitter? - by Maxwell Payne Maxwell Payne's image for: "What is Follow Friday" Caption: Location: Image by: Twitter is a rapidly growing social networking kind of site that allows users to post Tweets' of 140 characters or less for all their followers. If you are already on Twitter you'll want to maximize your experience and social networking abilities on the site by taking advantage of the many programs, sites, and concepts that have sprung up around the Twitter craze. #FollowFriday is one of those concepts that has taken off like wildfire on Twitter. Basically every friday on Twitter, thousands will take part in this and promote the usernames of followers they recommend to the community to follow back. You may be wondering why the # sign is in front of FollowFriday. How do you participate after you've started following the above profile? On Fridays, take the usernames of any users that you want to promote for others to follow.