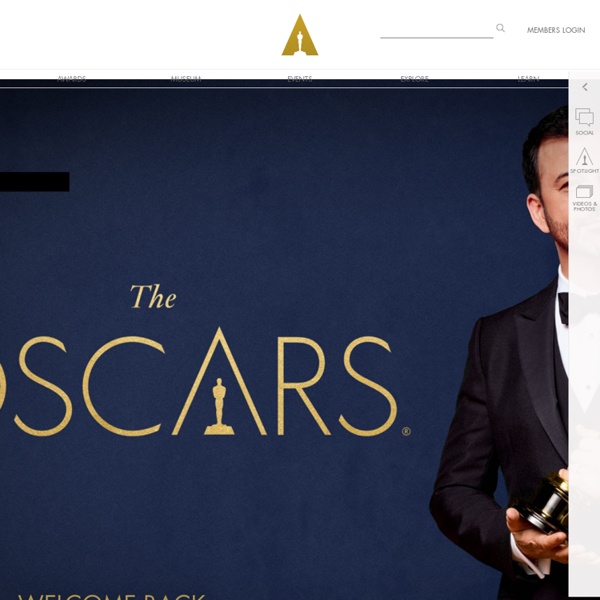 Deutscher Filmpreis The Deutscher Filmpreis (German Film Awards, colloquially known as the Bundesfilmpreis or as the Lola Award) is the highest German movie award. From 1951 to 2004 it was awarded by a commission, since 2005 the award has been given by the Deutsche Filmakademie. With a cash prize of three million euros - the most highly endowed German cultural award - it differs from the Oscar or the César. The Deutsche Filmpreis is the most important element of the German government's policy of supporting the film industry. The Federal Commissioner for Cultural and Media Affairs has been responsible for the administration of the prize since 1999.

The Best Sites for Royalty Free Stock Music and Sound Effects You can't have video without audio... it just doesn't work. That's why in high school it was A/V club, not just V Club... although that does sound pretty rad. Anywho... if you want to complete an animation, short film, commercial or whatever... you have to have good audio, and that means scores and sound effects! I have found some of the best places around the web to purchase packages, find individual songs, and even snag some free tracks for you and your work!

25 Spectacular Movies You (Probably) Haven’t Seen Midnight in Paris Woody Allen’s latest places starving writer Owen Wilson in Paris with his fiancée, Rachel McAdams. Searching for inspiration for his incomplete novel, Owen begins taking strolls around the city at night where he discovers an unexpected group of people. Make Better Video for YouTube Bags & Cases Buyer’s Guide vmeditor - Mon, 12/30/2013 - 12:25pm How to find the bag or case for your cameras and gear that is right for your purpose. How Does Green Screen Work? vmeditor - Wed, 12/25/2013 - 8:50pm The Ten Best Horror Movies You Haven’t Seen October means Halloween, and Halloween means horror, and horror? Well that means some damn good movies. I presume many of you are searching for a good horror flick to curl up with this month, and while I will advise you to first consult my 10 Best Horror Films of Decade list, I thought I’d compile a new one made up of films that aren’t quite as widely known. Yes, I love The Ring, The Orphanage and The Descent, but there are smaller, more niche movies that are deserving of your attention, and really, once you’ve been scared or grossed out once, it’s not quite the same if you watch the same film again. Here are some new titles that some of you may have seen, but I predict most of you will have not.

Internationales Filmfestival von Locarno Festival del film Locarno · Login Archive · · · · · · · · Press release Locarno Summer Academy 2014 Good Horror Movies Every Fan Has To See If you ask people on the street for some suggestions of a great horror movie, odds are you'd get a wide range of answers. You’d get everything from the scariest slasher film to horror comedies and even b-rated horror movies that barely classify for the genre. Because we all have a different capacity for being scared and our own unique reasons for watching horror films, we of course have varying tolerances for gore and suspenseful movies[2].

International Federation of Film Producers Associations 51 International Film Festivals signed FIAPF’s mutual trust contract and received accreditation in 2013. FIAPF's role as a regulator of international film festivals is to facilitate the job of the producers, sales agents and distributors in the management of their relationships with the festivals. The FIAPF International Film Festivals Regulations constitute a trust contract between those festivals and the film industry at large. Accredited festivals are expected to implement quality and reliability standards that meet industry expectations. These standards include: