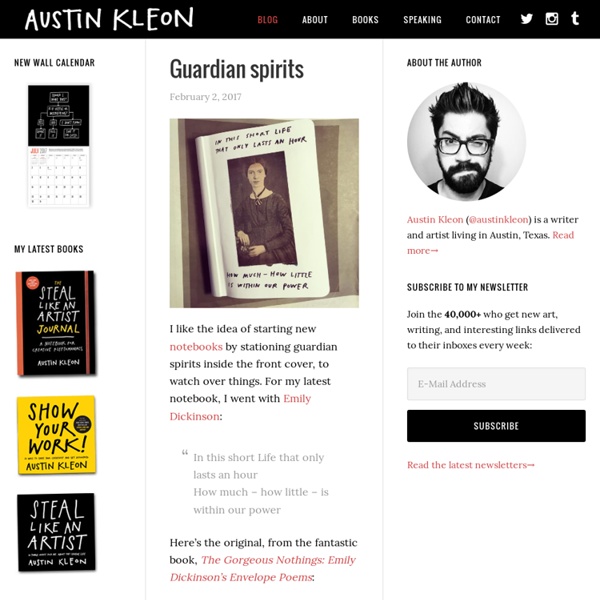 chris perkins BA (Cantab), MA (Sheffield) Programme Director Geography with International Study Chair International Cartographic Association Maps and Society Research Commission 2007- I have taught and researched in Geography in Manchester since 1998, having previously run the university map libraries. Brain Pickings 04 MARCH, 2013By: Maria Popova “When we really see each other, we want to help each other.” “It would be a terrible calamity,” Henry Miller wrote in his meditation on the beautiful osmosis between giving and receiving, “for the world if we eliminated the beggar. The beggar is just as important in the scheme of things as the giver. If begging were ever eliminated God help us if there should no longer be a need to appeal to some other human being, to make him give of his riches.” And yet, we live in a culture that perpetuates the false perception of a certain power dynamic between giver and receiver, and — worse yet — stigmatizes the very act of asking as undignified.

A Designer's Guide to Pricing A lot of designers ask us what they should charge for their services. I thought I would share with you some financial lessons I’ve learned while building Go Media. And be sure to check out “How to Charge For Your Graphic Design Work (& Get What You Deserve)” – another post by Go Media, for more on this topic! This article will cover: What should I charge? Flat rate or hourly billing? How can I avoid being stiffed? PSG Art tutorial Foreword I believe there is logic behind why a picture works or not. I also believe that humans are meat machines, and that one day computers will be able to emulate humans and what we do. Since logic can be formulated into rules, guidelines and theories, these can be shared. I will attempt to do so here. Note that I have just empirically deduced the theories I present here, and that I'm a highly fallible meat machine.

Grayson Perry Grayson Perry, CBE (born 24 March 1960) is an English artist, known mainly for his ceramic vases and cross-dressing. Perry's vases have classical forms and are decorated in bright colours, depicting subjects at odds with their attractive appearance. There is a strong autobiographical element in his work, in which images of Perry as "Claire", his female alter-ego, often appear. He was awarded the Turner Prize in 2003. Digital Painting 101: Mixing Paint @mihai.birsan Yes, Photoshop CS5 do have this feature, but its now really that easy to use comprare to ArtRage, Corel Painter or Paint Tool SAI etc. The article above are the most essential way to do color mixing/ Blending by yourself, and useable across many painting application too. Sometimes it is good to get away from the gradient tool and selections. I find that when I am using the brush tool I get a rougher/gritty feel. It adds to some of my projects.

Gaston Bachelard Gaston Bachelard (French: [baʃlaʁ]; June 27, 1884 – October 16, 1962) was a French philosopher.[2] He made contributions in the fields of poetics and the philosophy of science. To the latter he introduced the concepts of epistemological obstacle and epistemological break (obstacle épistémologique et rupture épistémologique). He rose to some of the most prestigious positions in the Académie française and influenced many subsequent French philosophers, among them Michel Foucault, Louis Althusser, Dominique Lecourt and Jacques Derrida. Life and work[edit] Bachelard was a postmaster in Bar-sur-Aube, and then studied physics before finally becoming interested in philosophy. He was a professor at Dijon from 1930 to 1940 and then became the inaugural chair in history and philosophy of the sciences at the Sorbonne.

How to make birds fly good 10. Put some effort in Now we have gone some way to creating a realistic cycle, but what if we have to show our character flying under strain? Perhaps carrying something heavy. In this situation there is a temptation to revert to the up/down ratio problem I showed before, with the wings rotating faster down than up. Would this happen? Charles Sanders Peirce Charles Sanders Peirce (/ˈpɜrs/,[9] like "purse", September 10, 1839 – April 19, 1914) was an American philosopher, logician, mathematician, and scientist, sometimes known as "the father of pragmatism". He was educated as a chemist and employed as a scientist for 30 years. Today he is appreciated largely for his contributions to logic, mathematics, philosophy, scientific methodology, and semiotics, and for his founding of pragmatism.