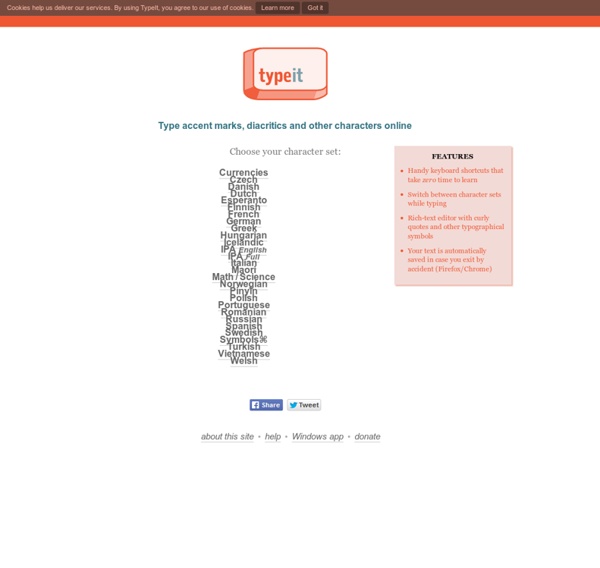 Ukindia Learn Sanskrit Lesson 1 Paperhelp to help you write papers Lesson 2 ..Home....Asian Books..Sanskrit lessons ( external)..Tamil.Gujarati. Punjabi. Hindi.Urdu.SanskritArabic.Greek.English. Russian. 10 Geeky Debates That Had To Be Settled By Federal Courts "But, fans were not mollified, including Chuck Austen, who, one year earlier, had become the writer of the 'Uncanny X-Men' comics. He had worked hard, he said, to emphasize the X-Men's humanity, to show 'that they're just another strand in the evolutionary chain.'" And he did that by turning Polaris from slightly mentally unstable to fully pants-on-head crazy, turned Nightcrawler in half-demon, shipped a Mary Sue with Havock, and made She-Hulk sleep with the Juggernaut, who was her client at the time. Chuck Austen is pretty much the worst writer to ever write X-Men.

Wells: Orthographic diacritics Dept. of Phonetics and Linguistics, University College London Article published in Language Problems and Language Planning, 24.3 (2001). Summary. Diacritics— marks above, through, or below letters — are used in many orthographies to remedy the shortcomings of the ordinary Latin alphabet. The author catalogues the various diacritics that are in use for spelling different languages, describing what they look like and what they are used for. He also analyses the problems of using accented letters in a multilingual computing environment, and discusses the extent to which these problems have been resolved, with particular reference to Unicode.

Body Atlas Reveals Where We Feel Happiness and Shame Yellow shows regions of increased sensation while blue areas represent decreased feeling in these composite images. Image courtesy of Lauri Nummenmaa, Enrico Glerean, Riitta Hari, and Jari Hietanen. Chests puffing up with pride — and happiness felt head to toe — are sensations as real as they are universal. And now we can make an atlas of them. Researchers have long known that emotions are connected to a range of physiological changes, from nervous job candidates’ sweaty palms to the racing pulse that results from hearing a strange noise at night.

Software Translates Your Voice into Another Language Researchers at Microsoft have made software that can learn the sound of your voice, and then use it to speak a language that you don’t. The system could be used to make language tutoring software more personal, or to make tools for travelers. In a demonstration at Microsoft’s Redmond, Washington, campus on Tuesday, Microsoft research scientist Frank Soong showed how his software could read out text in Spanish using the voice of his boss, Rick Rashid, who leads Microsoft’s research efforts. In a second demonstration, Soong used his software to grant Craig Mundie, Microsoft’s chief research and strategy officer, the ability to speak Mandarin.

20 Marketing Questions Self-Published Authors Must Answer If you’re a self-published novelist, your line of books is your small business. Like any small business, you need a marketing strategy. There are lots of marketing activities that you can engage in to promote your book, but before you start doing any of them, take the time to think like a marketer by asking yourself these 20 questions. Your Audience The Language Construction Kit Non-linguists will often start with the alphabet and add a few apostrophes and diacritical marks. The results are likely to be something that looks too much like English, has many more sounds than necessary, and which even the author doesn’t know how to pronounce. You’ll get better results the more you know about phonetics (the study of the possible sounds of language) and phonology (how sounds are actually used in language). If you read just one book on linguistics... besides mine, I mean... make it J.C.

How to Enhance Intuition: Understanding the Four Forms of Human Awareness By Ethan Indigo Smith Guest Writer for Wake Up World You are intuitive. You are capable of metaphysical observation that would make angels jealous. Dimensions Of A Paper Sizes - A0, A1, A2, A3, A4, A5, A6, A7, A8, A9, A10 - In Inches & mm A Paper Sizes - Quick Lookup Select the standard paper size from the 'Size' selector and the unit from the 'Unit' selector - the dimensions will be shown in the dimensions box. The dimensions of the A series paper sizes, as defined by the ISO 216 standard, are given in the table to the right of the diagram in both millimetres and inches (cm measurements can be obtained by dividing mm value by 10). The A Series paper size chart, below left, gives a visual representation of how the sizes relate to each other - for example A5 is half of A4 size paper and A2 is half of A1 size paper.

Accent Marks & Special Characters in Spanish - Spanish411 Read Spanish for any length of time and you'll notice that many words include accent marks. These are not different or unique letters but rather visual cues letting us know how to pronounce a word (and they're sometimes used to distinguish one word from another spelled the same way). Before you start complaining that accent marks make Spanish needlessly complicated, remember that the vast majority of the time, you know exactly how to pronounce a word just by looking at it. The same cannot be said of English which doesn't give the reader any clues about pronunciation (consider the words "content" or "defense," -- they are pronouced in different ways based on the context).