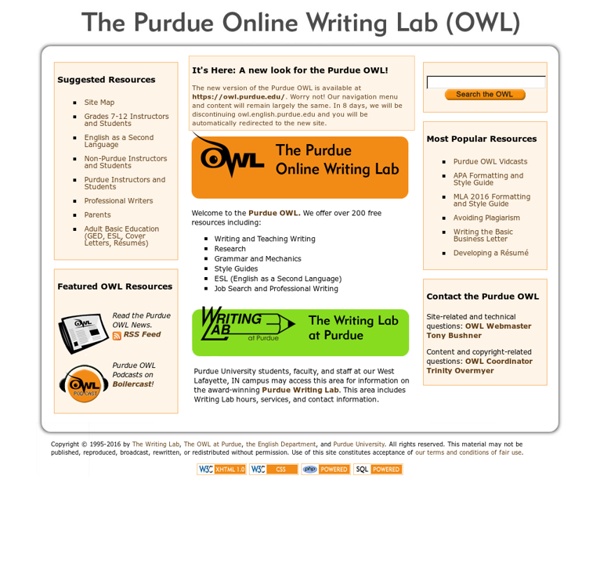 Academic Writing:Introduction Just as there are differences in the way we use language for speech and for writing, there are also differences in the way we write for different situations; for example, compare the following written texts: Dear Mark, My accountant friend thinks that phone company shares are a good buy at the moment so I think I'll move some money into them... Some financial advisors recommend purchasing communication industry shares.

The Difference Between an Acronym and an Initialism You should know the difference between an acronym and an initialism. Both acronyms and initialisms are abbreviations, but there is a key difference between the two, at least at present. Due to rampant misuse of the term “acronym” some dictionaries are now starting to add an extra definition to it, allowing acronyms to expand their scope to include initialisms. So as the English language evolves, this additional definition of acronym may stick and become widely accepted. But at present, it’s generally still good form to distinguish between the two.

The Writing for Assignments E-library Project What is it? The Writing for Assignments E-Library project is a resource to help people learn about writing at university. It includes examples of student essays and other university assignments from a number of subject areas comments from lecturers about why the writing is good - or how it could be improved How to use it Fifteen Writing Exercises Writing exercises are a great way to increase your writing skills and generate new ideas. They give you perspective and help you break free from old patterns and crutches. To grow as a writer, you need to sometimes write without the expectation of publication or worry about who will read your work. Don’t fear imperfection. That is what practice is for. Pick ten people you know and write a one-sentence description for each of them.

A brilliant resource for the nitty and the gritty (grammar, referencing, etc.) by jmcandrew Oct 11