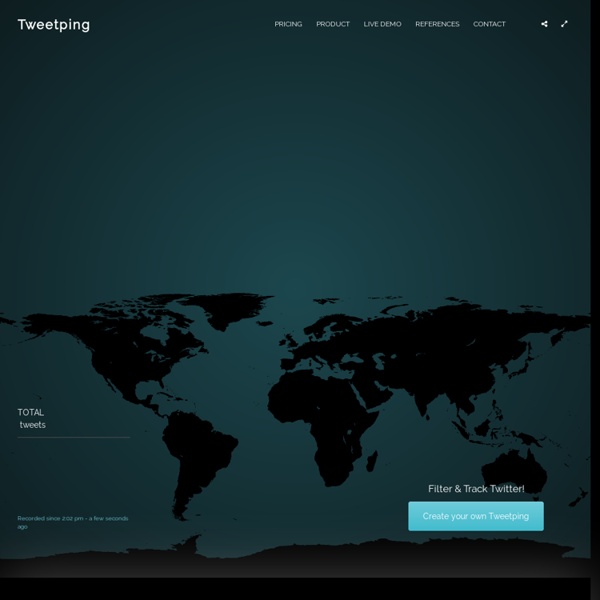 Les dix meilleurs cartes de la ville de New york en 2015 Despite spending an inordinate amount of time each day looking at maps, it is beyond me to select a list of the best maps from among everything posted last year on the web. There are far too many, more than I could ever hope to find, for the list to have any real meaning. Sticking to what I know best, I have compiled my favorite maps of 2015 that cover New York City. Because of its density and diversity of people and culture, its high availability of public data, and its large tech community, New York makes for some outstanding maps. With all the great work that has been done, this list could really be many times larger.

Egyptian Symbols and Definitions Djed It is believed that the Djed is a rendering of a human backbone. It represents stability and strength. It was originally associated with the creation god Ptah. Himself being called the "Noble Djed". Wind Map An invisible, ancient source of energy surrounds us—energy that powered the first explorations of the world, and that may be a key to the future. This map shows you the delicate tracery of wind flowing over the US. The wind map is a personal art project, not associated with any company.

Carrot2 Clustering Engine Carrot2 Search Results Clustering Engine Carrot2 organizes your search results into topics. With an instant overview of what's available, you will quickly find what you're looking for. Choose where to search: Type your query: WebSockets in Tomcat 7 posted by fhanik on April 23, 2012 10:22 PM With the 7.0.27 release the Apache Tomcat team introduced a WebSocket implementation. WebSocket has received a lot of hype, and has been much anticipated by Tomcat users.

How We Share the World This interactive graphic shows how the world is divided according to six different socioeconomic variables. The land area of each country represents its share of the worldwide total. Click on a circle to reshape the map Fort Laramie - Old Time Radio Shows - OTR Home > Western > Fort Laramie - (41 Mp3 downloads available) Fort Laramie was a radio Western series that aired Sundays on CBS from January 22 - October 28, 1956. Produced and directed by Norman Macdonnell, this Western drama depicted life at old Fort Laramie during the 19th Century. The 40 episodes starred Raymond Burr as Lee Quince, captain of the cavalry.

Viral: Photo-Sharing Explosions This is a series of videos that visualizes a single piece of content being shared between hundreds of thousands of individuals on Facebook. We've tried to capture the frenetic energy surrounding three of the most shared images, all of which were photos published on George Takei's Page. Each visualization is made up of a series of branches starting from a single person.

Hashtags for Every Day of the Week Mary Gutierrez | @MaryyAlyssa You have probably heard of daily hashtags such as #ThrowbackThursday or #FollowFriday, but did you know that using daily hashtags is a great way to mix up your creative social media content to interact with your audience? Using #ThrowbackThursday along with other popular hashtags can help make updating your company social media pages easy! Here are some weekly hashtag ideas that would be great for businesses. Monday: #MondayFunday: This hashtag is a great way for businesses to begin the week. HTML5-Powered Web Applications: 19 Early Adopters HTML5, rumored as Flash killer, is a brand new web technology that raises a revolution lead by Apple in web application development. It contains canvas element for images and animation drawings, support video and audio embedding, and includes storage database for offline web applications. Most important of all, you don’t need a plugin to get all these features, your latest browser supports that. Sounds pretty cool, but what HTML5 can do actually?

Territoires Md° : dodo internet et inégalités accès mondiale Scientists track Internet usage as it pulses across the globe daily Contact: Robert Perkins at (213) 740-9226 or perkinsr@usc.edu Researchers studying how big the Internet is have found that it “sleeps,” almost like a living creature. The finding will help scientists and policymakers develop better systems to measure and track Internet outages, such as those that struck the New York area after Hurricane Sandy. Understanding how the Internet sleeps will help them avoid confusing a sleeping Internet with an Internet outage. “The Internet is important in our lives and businesses, from streaming movies to buying online. How to Rent Movies With a Very Happy Ending Find out the most economical way to rent movies with this comparison of Netflix versus Redbox. If you're an entertainment maven, chances are you love movies enough to rent them, whether it's a brand-new video such as "Avatar," or a recent classic along the lines of "You've Got Mail." (Hey! Now that sounds catchy...) So in this installment of the Savings Experiment, allow us to sift through the abundant, popular rental options, because hey: We're all thumbs .. as in thumbs up or thumbs down, a la Siskel and Ebert.