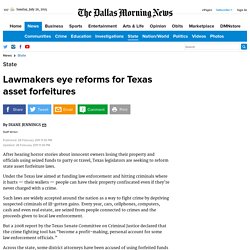 Under the Texas law aimed at funding law enforcement and hitting criminals where it hurts — their wallets — people can have their property confiscated even if they’re never charged with a crime. Such laws are widely accepted around the nation as a way to fight crime by depriving suspected criminals of ill-gotten gains. Every year, cars, cellphones, computers, cash and even real estate, are seized from people connected to crimes and the proceeds given to local law enforcement. But a 2008 report by the Texas Senate Committee on Criminal Justice declared that the crime fighting tool has “become a profit-making, personal account for some law enforcement officials.” Forfeiture should be used “specifically for law enforcement,” said Sen. The amount of money at issue varies widely. 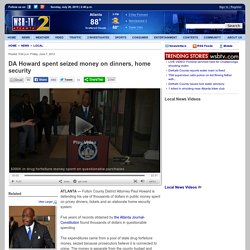 Five years of records obtained by the Atlanta Journal-Constitution found thousands of dollars in questionable spending. The expenditures came from a pool of state drug forfeiture money, seized because prosecutors believe it is connected to crime. The money is separate from the county budget and intended to be used for law enforcement and office expenses. Guilty_Property_Report_-_FINAL.pdf. How Philadelphia seizes millions in ‘pocket change’ from some of the city’s poorest residents. Philadelphia City Hall at night. 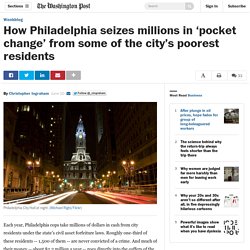 (Michael Righi/Flickr) Each year, Philadelphia cops take millions of dollars in cash from city residents under the state's civil asset forfeiture laws. IRS Seizes Hundreds Of Perfectly Legal Bank Accounts, Refuses To Give Money Back. The Internal Revenue Service has been seizing bank accounts belonging to small businesses and individuals who regularly made deposits of less than $10,000, but broke no laws. 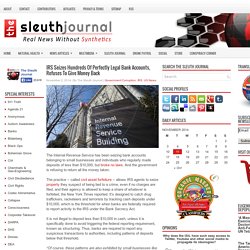 And the government is refusing to return all the money taken. The practice ‒ called civil asset forfeiture ‒ allows IRS agents to seize property they suspect of being tied to a crime, even if no charges are filed, and their agency is allowed to keep a share of whatever is forfeited, the New York Times reported. It’s designed to catch drug traffickers, racketeers and terrorists by tracking cash deposits under $10,000, which is the threshold for when banks are federally required to report activity to the IRS under the Bank Secrecy Act. It is not illegal to deposit less than $10,000 in cash, unless it is specifically done to avoid triggering the federal reporting requirement, known as structuring. 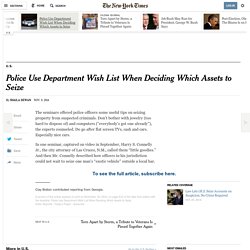 Don’t bother with jewelry (too hard to dispose of) and computers (“everybody’s got one already”), the experts counseled. Do go after flat screen TVs, cash and cars. Especially nice cars. In one seminar, captured on video in September, Harry S. “A guy drives up in a 2008 Mercedes, brand new,” he explained. Mr. Continue reading the main story Video The practice of civil forfeiture has come under fire in recent months, amid a spate of negative press reports and growing outrage among civil rights advocates, libertarians and members of Congress who have raised serious questions about the fairness of the practice, which critics say runs roughshod over due process rights. 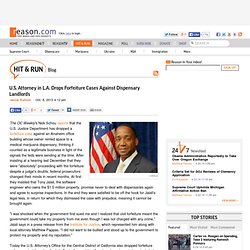 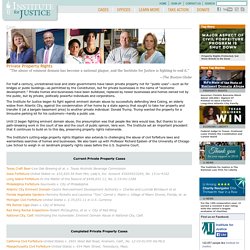 —The Boston Globe For half a century, unrestrained local and state governments have taken private property not for "public uses"—such as for bridges or public buildings—as permitted by the Constitution, but for private businesses in the name of "economic development. " Private homes and businesses have been bulldozed, replaced by newer businesses and homes owned not by the public, but by private, politically powerful individuals and corporations. The Institute for Justice began its fight against eminent domain abuse by successfully defending Vera Coking, an elderly widow from Atlantic City, against the condemnation of her home by a state agency that sought to take her property and transfer it (at a bargain-basement price) to another private individual: Donald Trump.