Rosa, Charley, Rebecca, slave children from New Orleans. Civil War Notes- Underground Railroad Quilts. Secrets: Language, Signs and Symbols. Make Your Own Secret Quilt Message The Underground Railroad was actually a carefully organized movement against the people who owned slaves and the governments that said they could do this. 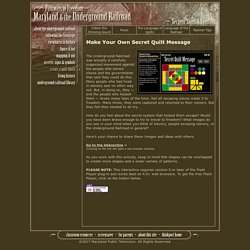 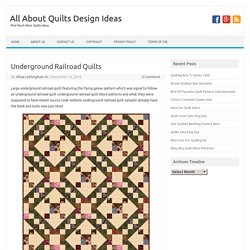 Quiltsss. World Quilts: The American Story. In recent years, one of the most powerful quilt myths to emerge has centered on the role quilts may have played in the Underground Railroad. 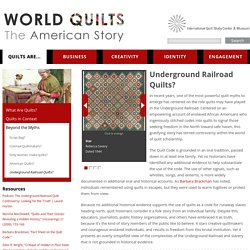 Centered on an empowering account of enslaved African Americans who ingeniously stitched codes into quilts to signal those seeking freedom in the North toward safe haven, this gratifying story has stirred controversy within the world of quilt scholarship. The Quilt Code is grounded in an oral tradition, passed down in at least one family. Yet no historians have identified any additional evidence to help substantiate the use of the code.

The use of other signals, such as whistles, songs, and lanterns, is more widely documented in additional oral and historical accounts. As Barbara Brackman has noted, individuals remembered using quilts in escapes, but they were used to warm fugitives or protect them from view. The African Americans: Many Rivers to Cross. One of the genuine pleasures of teaching African-American Studies today is the satisfaction of being able to restore to the historical record “lost” events and the individuals whose sacrifices and bravery created those events, never to be lost again. 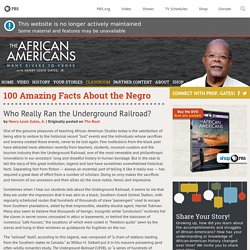 Few institutions from the black past have attracted more attention recently from teachers, students, museum curators and the tourism industry than the Underground Railroad, one of the most venerable and philanthropic innovations in our ancestors’ long and dreadful history in human bondage. But in the zeal to tell the story of this great institution, legend and lore have sometimes overwhelmed historical facts. Separating fact from fiction — always an essential part of telling it like it really was — has required a great deal of effort from a number of scholars. Doing so only makes the sacrifices and heroism of our ancestors and their allies all the more noble, heroic and impressive. Unravelling the Myth of Quilts and the Underground Railroad. When Jacqueline Tobin and Raymond Dobard explored in their book Hidden in Plain View: A Secret Story of Quilts and the Underground Railroad (Random House) a family legend that said messages encoded in quilts helped slaves escape to freedom on the Underground Railroad, they had no idea that their hypothesis would inspire rancor from scholars who declared it false. 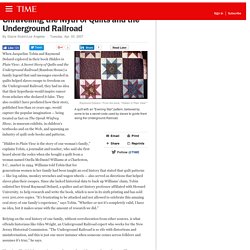 They also couldn't have predicted how their story, published less than 10 years ago, would capture the popular imagination — being treated as fact on The Oprah Winfrey Show, in museum exhibits, in children's textbooks and on the Web, and spawning an industry of quilt code books and patterns. "Hidden in Plain View is the story of one woman's family," explains Tobin, a journalist and teacher, who said she first heard about the codes when she bought a quilt from a woman named Ozella McDaniel Williams at a Charleston, S.C., market in 1994. Historians like Wright are trying to set the record straight every chance they get. 'Quilt Codes' Helped Slaves Navigate the Underground Railroad.

It’s difficult to imagine the hardships that 19th century African American slaves endured traveling the Underground Railroad, risking their lives with hopes to one day be free. 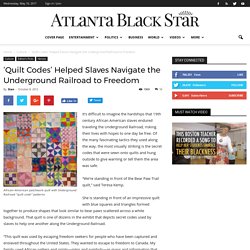 Of the many fascinating tactics they used along the way, the most visually striking is the secret codes that were sewn onto quilts and hung outside to give warning or tell them the area was safe. “We’re standing in front of the Bear Paw Trail quilt,” said Teresa Kemp. She is standing in front of an impressive quilt with blue squares and triangles formed together to produce shapes that look similar to bear paws scattered across a white background. Underground Railroad Quilt Code - Putting it in Perspective. By Kris Driessen. 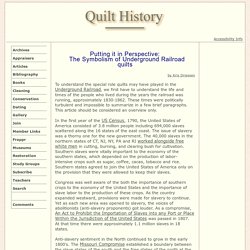 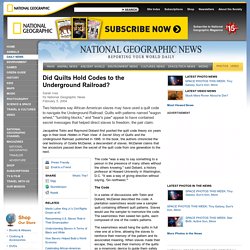