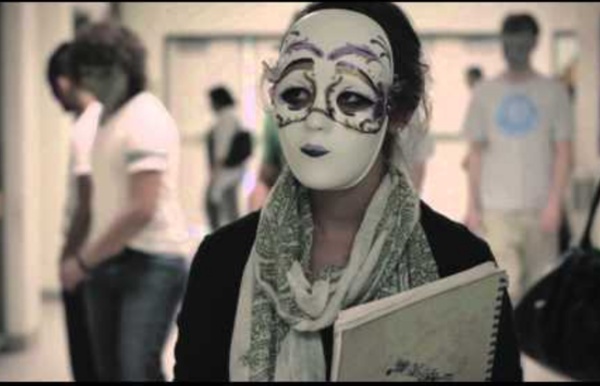 What Is Mental Health? We often hear the term "mental health" used in reference to conditions such as depression, anxiety, post-traumatic stress disorder (PTSD) and schizophrenia. But really, "mental health" refers to our overall emotional, psychological and social well-being, both in and outside the context of named conditions, according to MentalHealth.gov, a resource curated by the U.S. government. Our mental health impacts how we think, feel and behave; it shapes how we perceive the world, make decisions and handle stress when it comes our way. Experts told Live Science a few ways that everyone can check in with their mental health on a daily basis.

50 Multicultural Books Every Child Should Read This list of must-have multicultural books was originally compiled by the Cooperative Children's Book Center, School of Education, University of Wisconsin-Madison, and is reprinted here with their permission. Preschool What a Wonderful World by George David Weiss and Bob Thiele, illustrated by Ashley Bryan. Short Film Directed by Anthony Deptula Dating in Los Angeles is hard, especially when you have a crappy car. Bad Cars is a new short by Anthony Deptula, best known as the writer and star of the wonderful little indie feature One Too Many Mornings, which premiered in the inaugural edition of Sundance’s low-budget NEXT section in 2010. OTMM was a notable pioneer in the world of VOD; the first feature to use Sundance as a launching pad for an immediate online release. Whenever the indie press hypes new releasing strategies, I always think of OTMM, which is now available to watch for free on Hulu. Deptula showed grace, wit and strong comedic timing on that film, which he now brings to the director’s chair on Bad Cars, a romantic comedy about a first date with a simple problem; neither person wants the other to see their crappy car. It’s a familiar story set apart by charming performances and elegant storytelling.

Breaking the mental health taboo: 'Please talk about it' There's a frequently quoted statistic that one in four of us will suffer a mental health problem at some point during our life. But what does it mean to be that person, especially in the workplace? Early last year, Sam Brown, a partner in the law firm Herbert Smith Freehills suffered what she calls a "professional breakdown". It started with her becoming very tired and stressed and despite her efforts to overcome those feelings, she says they just got worse. "It came to the point where I couldn't really concentrate. I couldn't sleep properly and I started to be fearful about my work, that it wasn't going to finish, there was too much and I couldn't get a grip on it," she explains.

What Is Self-Concept and How Does It Form? Self-concept is the image that we have of ourselves. How exactly does this self-image form and change over time? This image develops in a number of ways but is particularly influenced by our interactions with important people in our lives. Defining Self-Concept Room 8 by @JamesWGriffiths Set in a 1970′s prison cell, James W. Griffiths’ striking Room 8 mixes an intriguing narrative with impressive visual fx to create an utterly compelling 7-minute short. With a plot that feels pulled from an episode of The Twilight Zone, Griffiths’ short is one part Thriller, one part Science Fiction and one part Horror.

Domestic Violence and Abuse Are you or someone you care about in an abusive relationship? Learn to recognize the signs of domestic abuse and get help. What is domestic violence and abuse? When people think of domestic abuse, they often focus on domestic violence. But domestic abuse includes any attempt by one person in an intimate relationship or marriage to dominate and control the other. Domestic violence and abuse are used for one purpose and one purpose only: to gain and maintain total control over you. Understanding How Adolescents Think Teenagers also aren't very good at reading emotion on others' faces. In addition to the obvious physical signs of adolescence, teens and 'tweens are undergoing a major neurological overhaul, which is why that perennial teen mumble "I don't know" may be closer to the truth than we'd realized. What this means for teachers, says Philp, is that they must be both patient and persistent.

Submissions London Short Film Festival The London Short Film Festival is now open closed for submissions for its 11th Edition! Please submit your film via withoutabox by the following deadlines: Friday 28th June 2013 — Earlybird Deadline (£15)Friday 16th August 2013 — Regular Deadline (£20)Friday 30th August 2013 — Latecomers Deadline (£25) What you need to know We accept drama, comedy, documentary, experimental, animation, lo/no-budget, music videos, or a combination of any or all of the above.

What is depression and why is it rising? What is depression? Depressed people don’t all shuffle around with a long face, or cry at any provocation. MentalHealth.gov, a US government website, defines it as “losing interest in important parts of life”. Symptoms include eating or sleeping too much or too little; pulling away from people and usual activities; having low or no energy; feeling numb or like nothing matters; feeling unusually confused, forgetful, on edge, angry, upset, worried or scared; and thinking of harming yourself or others. A visceral description is quoted by the UK campaign group Mind: “It starts as sadness, then I feel myself shutting down, becoming less capable of coping. Eventually, I just feel numb and empty.”

Identity Achievement and Your Teen As your child grows up and experiences different phases of development, it might help to know what some of those phases are, and what they really mean in the long run to your tween and his or her adolescent experience. The definition of identity achievement isn't a difficult concept to grasp. It simply refers to having found one's true sense of self. It is a key element of personality development and a process that begins in childhood, most notably in the tween and teen years, and ends in adulthood.

A Smart Script Primer for Short Films by Hollywood Story Consultant Julie Marsh - Polly Staffle - An Entertainment Website Specializing in Movie & DVD Reviews By Julie Marsh Special to PollyStaffle.com Shorts. There must be a million of them by now on YouTube. Despite the deluge of pet antics, never before has there been such a viable marketing tool for the creative professional. We are witnessing the birth of Guerilla Distribution and an influx of recreational filmmaking. As someone who’s worked as a writer on a number of award-winning short films and consulted on many more, I am sometimes asked for advice on story strategy. 6 Facts Parents Should Know about Mental Illness in Teens – Penn Medicine It’s normal for teenagers to be moody at times. But when are an adolescent’s mood swings a sign of something more—like mental illness? Mental illness is more common in teens than you think. But many types of mental illness are treatable, and it’s just a matter of pinpointing the diagnosis. Here are 6 facts about mental illness in teens that parents should be aware of. Physicians define “mental illness” differently than most of us do

This made me reflect on how teenagers wear masks and sometimes hide who they truly are. Teachers may not always see who their student truly is, but see the mask that the student wears. by tneidenthal Mar 10