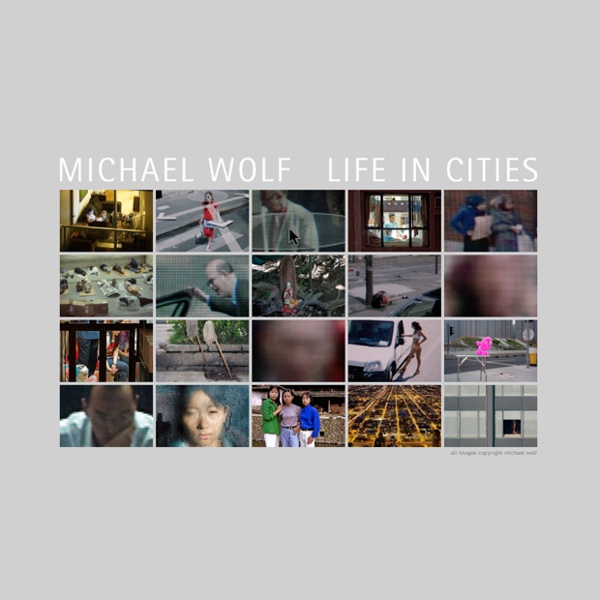 Lee Deigaard Photographs the Backs of Horses as Landscapes - Feature Shoot I had featured the work of New Orleans artist Lee Deigaard a few years ago, and I was so excited when I learned she’d be at the Living With Animals conference at Eastern Kentucky University in March so we could finally meet. I love the photographs in her series Equuleus (“part of a multi-media long-term project, In Your Dreams [Horses], exploring horse personality and individuality, sensory processing and proprioception, concepts of invitation, initiation, and trespass, and shared thresholds of experience between horse and human”) for their playful concept, their surreal, otherworldly quality, and the series’ thoughtful, poetic statement. Boundaries, the horizon, the symbolism of the horse’s back – knowing the meaning of these images to the artist makes me wholly appreciate this project.

Radical Black Cities Occupy Wall Street has provided a dramatic reminder that cities still matter as spaces of participatory democracy and engaged citizenship. Yet while Occupy was criticized for being too white, in the United States, Blackness, once synonymous with the urban, now stands in for disappearance. The migrations from north to south, the exodus from city to suburb, and the renditions from the street to prison have all worked to undermine the idea of Black cities – and the very possibility of Black people living in cities. Gentrification and urban renewal, supported by the normalization of state-sanctioned terror against people of color through stop-and-frisk campaigns (not to mention the wholesale dragnet of the Muslim community), has acted to racially cleanse urban space. Artists - Marc Boutavant - Galleries - Marc Boutavant 1 London Heart Top Floor 100 De Beauvoir Road London N1 4EN T Tel 020 7254 5558 F Fax 020 7923 4791 info@heartagency.com Google map New York Heart USA Inc. 611 Broadway Suite 734 New York NY 10012 T Tel 212 995 9386 F Fax 212 995 9386

Ernst Haas Antwerp, PROVINCIAL MUSEUM VOOR KUNSTAMBACHTEN Auckland, New Zealand Center for Photography Bath, Royal Society of Photography Boston, Museum of Fine Arts Charlotte, N.C., Mint Museum of Fine Art Waiting by Jason Larkin Follow me on Instagram @marcobohr Jason Larkin, from the photobook Waiting, 2015 Waiting by the British photographer Jason Larkin is a series of photographs that depicts people standing in the shade as they wait for the bus. Photographed over a period of two years in South Africa, this is an aesthetically and formally coherent body of work as all the images have this in common: to the center of the image is a person waiting for the bus, shade from a nearby lamppost, tree or other object is at least partially covering the person’s body, whereas the exposure is set for background to the image rather than for the person waiting.

The Art of Looking: What 11 Experts Teach Us about Seeing Our Familiar City Block with New Eyes by Maria Popova “Attention is an intentional, unapologetic discriminator. It asks what is relevant right now, and gears us up to notice only that.” “How we spend our days,” Annie Dillard wrote in her timelessly beautiful meditation on presence over productivity, “is, of course, how we spend our lives.” And nowhere do we fail at the art of presence most miserably and most tragically than in urban life — in the city, high on the cult of productivity, where we float past each other, past the buildings and trees and the little boy in the purple pants, past life itself, cut off from the breathing of the world by iPhone earbuds and solipsism.

UNION Home Exhibitions News Artists Projects Subscribe Contact ABOUT THE ARTIST / Yu Jinyoung GALLERY / Welcome 2007 YU Jinyoung Michael Hoppen Gallery The Michael Hoppen Gallery is delighted to announce ’31 Years’; an exhibition of work by Boris Savelev, one of Russia’s most important and renowned photographers. It will be the first time his work will be shown in the UK. ‘31 Years’ is a series of photographs created by Savelev from 1976 to 2006. It documents not only his changing sensibilities and aesthetic concerns; light and form, flashes of colour, moments created by the interaction of individuals within their urban landscape, but also his experimentation with both kallitype over silver gelatin and meticulously multi layered pigment prints, which feed and inform the resulting images. In 1986, the economic freedoms instituted by Gorbachev under perestroika and the problems caused by these reforms arguably helped to begin the unraveling of Soviet society and hastened the end of the Soviet Union. Boris Savelev’s background was in aeronautics.

Dogs in Bed with Humans Photographed by Lisa Strömbeck Several years ago, I saw the work Uniform by Lisa Strömbeck, based in Copenhagen, Denmark and Borrby, Sweden, when it appeared on Feature Shoot. The photos are funny – they show dogs, cats, and rabbits up close in the laps of people donned in fur of the same color and texture, the humans and non-humans morphing into one mass with eyes, tongues, and fleshy hands. I made a note of the series and meant to feature it someday, but hadn’t gotten to it yet. At the Living With Animals conference at Eastern Kentucky University in March, I was fortunate enough to see a wonderful presentation by and meet Lisa, and get to know another project of hers, In Bed.

Manchester is the most linguistically diverse city in Europe It boasts City and United, Corrie, world-renowned bands and famously inclement weather. And now Manchester has another claim to fame: the city is arguably the most ethnically diverse in Europe and, possibly, second only to New York in the world. Linguists at the University of Manchester have discovered that their city boasts a population that speaks at least 153 languages, making it one of the world's most diverse places linguistically. Made Not Manufactured - steve kenward photography Meeting the makers - highlighting some of the talented craftspeople that the UK has to offer. People that use traditional crafts to make something that still has relevance today. They are passionate about what they do and take care in everything they produce. Andy Doig - Neon Signs

ABOUT - THE STREET COLLECTIVE The Street Collective is an international group of photographers established in 2013. All nine current members are coming from different home countries and share a longtime interest in documenting their individual environment from a personal perspective. They are united in their enthusiasm to give significance to seemingly insignificant, elusive moments of everyday life. The collective’s aim is not only to have a constant exchange about photography and to realize and showcase collective work, but also to offer other photographers a platform to contribute to public projects, e.g. in project groups on Flickr and Facebook. The Street Collective on Facebook // Instagram Members: Gabi Ben Avraham (Tel Aviv/Israel) Web | IG | FacebookFabian Schreyer (Augsburg/Germany) Web | IG | Facebook | Flickr Dmitry Stepanenko (London/England) Web | IG | Facebook | FlickrMats Alfredsson (Borås/Sweden) Web | IG | Facebook Vineet Vohra (Delhi/India) IG Forrest Walker (Portland/U.S.A.)

An eerie journey through the peripheries of Vilnius “I support the idea that all photography is fiction” writes Vilnius-based photographer Simas Lin, “Every image is a visual expression of one’s philosophy and experience so it can never be absolutely true or objective. And I love to use fiction to create photography”. His series Been there traces the sensual experience perceived by the photographer while journeying into the city’s atmospheric, eerie peripheries. The artist had reflected long and hard about how a photograph is in many ways just a digital record—“it needn’t be an artist who creates it” he thought, “the photographer could be replaced by a machine, we can even send drones and satellites to do the work for us”. At the same time, he considered the traceable footprints or marks the photographer does leave in an image.

Samba e Choro I think the cities we remember best are the ones that greet us with the utmost cruelty. I arrived in Rio after some months in Salvador de Bahia, fleeing a break-up: Europe was throwing itself into its sinister Christmas, and I thought that the summer sun of an unknown city might be a good way to dodge what was coming over me. It never stopped raining – not for a single moment – during the first week, and the city was empty.