Cities around the world

Did You Know- 25 Fun & Interesting Facts About Stockholm and Sweden. Stockholm is often known as the ‘World’s Smallest Big City’ or the ‘World’s Biggest Small Town’.Stockholm’s oldest surviving building is The Riddarholmen Church, a Franciscan monastery built in 1270. 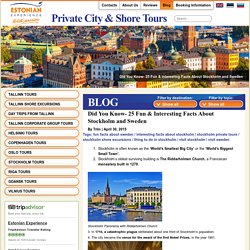 Stockholm Panorama with Riddarholmen Church. 17 Interesting Facts About Barcelona. Sponsored Founded as a Roman city Barcelona is now the capital city of Catalonia in Spain. 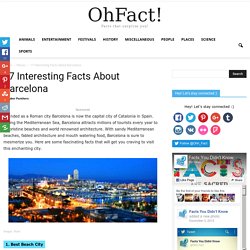 Facing the Mediterranean Sea, Barcelona attracts millions of tourists every year to its pristine beaches and world renowned architecture. With sandy Mediterranean beaches, fabled architecture and mouth watering food, Barcelona is sure to mesmerize you. Here are some fascinating facts that will get you craving to visit this enchanting city. Image: flickr. 32 Fun Facts About Barcelona, Spain. We’ve visited Barcelona, Spain several times, and have loved the food and the unique architecture like the rooftop of Antoni Gaudí’s Casa Milà. 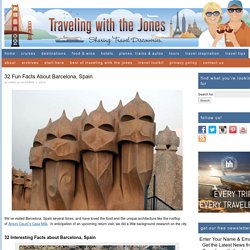 In anticipation of an upcoming return visit, we did a little background research on the city. View of Barcelona, Spain from space from NASA. Lyon Facts for Kids. From KidzSearch, the safe free Wikipedia for kids. 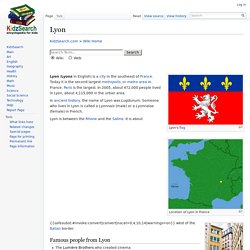 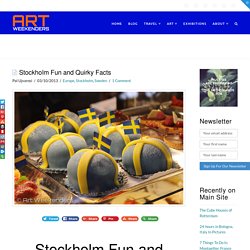 Legend has it that when Sigtuna – the old capital of what started to be referred to as Sweden – got into problems with bandit gangs attacking it, the leaders decided to find a new spot. A popular method of dealing with trouble in those days, space not being an issue. Kastellholmen, Stockholm, Photo by Jeppe Wikstrom/ mediabank.visitstockholm.com. About Chania - Crete. A Brief History of Chania. 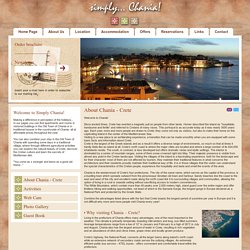 Quick and quirky facts. <div><a href=" us what you think about our site... 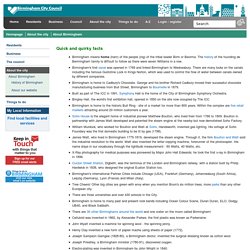 </a><img src=" height="1" width="1" alt=""></div> Birmingham means home (ham) of the people (ing) of the tribal leader Birm or Beorma. The history of the founding de Bermingham family is difficult to follow as there were seven Williams in a row. Birmingham's first canal was opened in 1769 and linked Birmingham to Wednesbury.

There are many locks on the canals including the famous Guillotine Lock in Kings Norton, which was used to control the flow of water between canals owned by different companies. Birmingham - Capital of Culture - Facts about Birmingham - Did You Know..? Facts and Information about London. London, England - Facts about London for Kids. Wellington Facts, Figures & Trivia. Quote / Book Now Branch Location Map Wide Range Of Vehicles Cruise Ship Port Car Rentals Wellington Facts, Figures, And Interesting Trivia Wellington is the capital city of New Zealand; the national parliament building is known as the Beehive, for its unique architecture.All government departments and ministries, including the police force, are headquartered in Wellington.The city is home to Weta Workshop, which helped Peter Jackson to create his famous Lord of the Rings movie series.The Wellington urban area comprises four separate cities: Wellington city, Porirua, Lower Hutt, and Upper Hutt.The city often features highly in quality of living surveys, as well as on lists of essential places to visit. 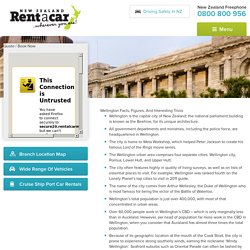 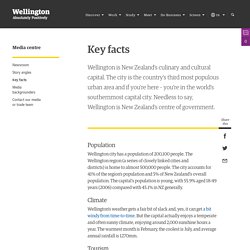 The Wellington region (a series of closely linked cities and districts) is home to almost 500,000 people. The city accounts for 41% of the region's population and 5% of New Zealand's overall population. The capital's population is young, with 55.9% aged 18-49 years (2006) compared with 45.1% in NZ generally. Climate Wellington’s weather gets a fair bit of slack and, yes, it can get a bit windy from time-to-time. Tourism Tourism is a vital contributor to Wellington's economy, resulting in some $1.6 billion in expenditure per year - that's over $3166 per minute!

Wellingtonians It's been said that over one-third (33%) of Wellington residents have a bachelor degree or higher qualification - the highest in the country. Edinburgh Castle: Facts and Information. Here are some facts about Edinburgh Castle in Scotland. 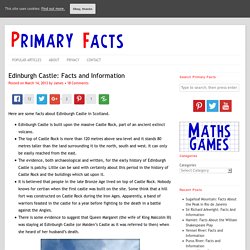 Edinburgh Castle is built upon the massive Castle Rock, part of an ancient extinct volcano.The top of Castle Rock is more than 120 metres above sea-level and it stands 80 metres taller than the land surrounding it to the north, south and west. It can only be easily reached from the east.The evidence, both archaeological and written, for the early history of Edinburgh Castle is patchy. Little can be said with certainty about this period in the history of Castle Rock and the buildings which sat upon it.It is believed that people in the late Bronze Age lived on top of Castle Rock.

Nobody knows for certian when the first castle was built on the site. Some think that a hill fort was constructed on Castle Rock during the Iron Ages. Top 10 facts about Edinburgh.