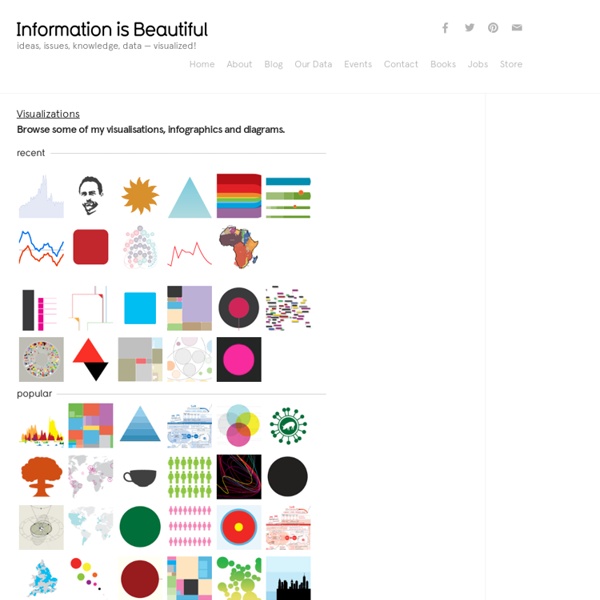 Simple Visualizations with D3plus I’ve been using D3, a JavaScript library for data visualizations (the three ‘D’s stand for Data-Driven Documents), for my own projects and with my students for some time. It’s a particularly cool tool for working with dynamic data or information from a database and giving it life in a visual format through charts, graphs, and interactive data displays. Information visualization can be a powerful way to represent complex or otherwise inaccessible data. However, the learning curve for it is a little high, so I’ve never recommended it as an entry tool for this type of visualization. Last week I followed Miriam Posner’s mention on Twitter to something that may change that: D3plus. D3plus is described as an extension for D3, but it’s really a simplification of the library’s at times overwhelming options and data structures to make it easy to built visualizations of data sets.

Soft Drink Industry Structure The illusion of diversity: visualizing ownership in the soft drink industryPhil Howard,1 Chris Duvall2 and Kirk Goldsberry3August, 2010 BackgroundThree firms control 89% of US soft drink sales [1]. This dominance is obscured from us by the appearance of numerous choices on retailer shelves. Steve Hannaford refers to this as "pseudovariety," or the illusion of diversity, concealing a lack of real choice [2]. To visualize the extent of pseudovariety in this industry we developed a cluster diagram to represent the number of soft drink brands and varieties found in the refrigerator cases of 94 Michigan retailers, along with their ownership and/or licensing connections.

Gurafiku: Japanese Graphic Design Japanese Poster: Hiroshima Appeals. Kenya Hara, Yoshitaka Mizutani. 2017 Started in 1983, Hiroshima Appeals is a yearly poster project in observation of the atomic bombing of Japan in 1945 with the goal of promoting peace at home and abroad. Designer Kenya Hara writes: Vintage InfoPorn No.1 My conceit, when I started making infographics, was simple. I believed this was a *new way* of expressing and visualizing information, a thoroughly modern and zeitgeisty fusion of data and design. Oh you muppet David… Chaîne de ScienceMagazine Science & Reason on Facebook: Star Size Comparison: The biggest/largest known stars in the Universe. ---Please subscribe to Science & Reason:• VY Canis Majoris (VY CMa) is a red hypergiant star located in the constellation Canis Major.

ImpulsBauhaus As the year marking the 90th anniversary of the establishment of the Bauhaus, 2009 was an appropriate year for an exhibition dedicated to the understanding of the social networks of the Bauhaus movement. In preparation for this project, biographical details of all of the members of the Bauhaus were systematically structured and entered into an online database. The impressive volume of information resulting from this effort was then presented within an illuminated 4x4meter cube at the Bauhaus University in Weimar. The exhibition is an immersive yet highly-structured digital archive rich with historical details, where complex interrelationships are made more accessible through the implementation of an innovative graphical interface. All visualizations of the complex network are drawn directly from the research database and presented in an intuitive computer-generated form. Here is a video on the project.

50 Striking Vintage and Retro Logo Designs Old really is the new new, and we are about to show you exactly why! These days there are so many web 2.0 logo designs. If you don’t know what that is, then let us explain. These logos probably include on of the following elements: shiny, gradients, drop shadows, rounded corners, futuristic looks, and much more. Intermental Is tech creating new types of mental and emotional disorders? An increasing number of stories about internet addiction and the effect of constant device use on our minds, lives and relationships. From a culture of distraction and boot-camps for addicted teens to the “electronic apocalypse”. Recently, I finished a long, two-year stretch at a computer creating my book. Menno Aden - Room Portraits Menno Aden_Room Portraits Works Room Portraits_about Tubes Over Head Tracks and Fields Parallel Home Panel Flats Grids About Exhibition Views Press Review Curriculum Vitae Contact Home

Free Mind Map Software, Freeware, Create mind maps for brainstorming, problem solving, rational analysis, and decision marking. Free mind map software help you build, save, share and print arbitrary mind maps absolutely free. Edraw Mind Map is a free mind map freeware with rich examples and templates which make it easy to create mind maps, brain-storming diagrams, project timeline, life planner, SWOT analysis and sketch maps. It can visualize your thinking and quickly arrange and organize your work, all to benefit you as well as people around you. Click to View Video: Edraw Mind Map in 2 Minutes. Why Choose Edraw Mind Map Graphic Design Examples Worldwide: How Nationality Reflects In Artworks Graphic design is a lot like languages. It’s an identity; beautiful and enigmatic. Graphic design varies from culture to culture, influenced by a country’s culture, history and way of life. Just like art and music, graphic design aesthetics differ from culture to culture. There may be common elements found in a culture’s graphic design, not found in other cultures and vice versa.

Little boxes Foto credit Would the field of data vis benefit from a clear line between art and design, as Lisa C. Rost suggests (see also the follow-up post)? This debate has been around for a while (see e.g. Lev Manovich’s Info Aesthetics, The Manifesto debate, the Cargo Cult debate, Jorge Camoe’s attempts, but also helpful papers like “The Role of Design in Information Visualization“ etc) and of course, there is a literally a century of discourse on art and design in other fields as well.