This Is Not Yellow 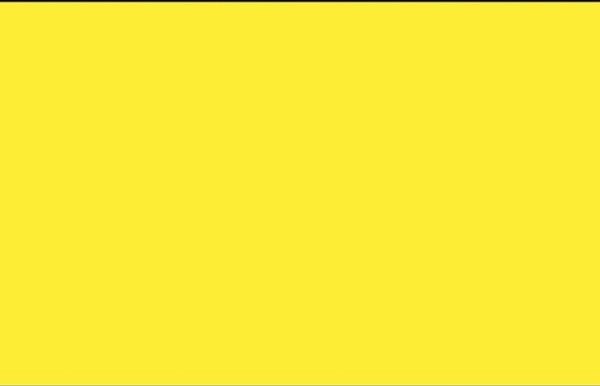 Jinns in Islamic Art – Islam and Science Fiction Jinns are intelligent beings in Islamic belief system which have free will just like human beings. Unlike humans however they are made of smokeless fire. Jinns are also supposed to have different religions just like humans e.g., Christianity, Islam, Judaism, Hinduism etc and even Atheism. Jinns are supposed to live in the unseen world which can be thought of as a parallel dimension co-existing with our own. Here are some depictions of Jinns in Islamic art over the course of centuries. Jinns that cause toothache! The 72nd chapter of the Quran is also titled Surah Jinn A Jinn from Shahnama from medieval Persia The court of Solomon with Jinns, Angels, Animals and Birds (Mughal Miniature) Mahan in the Wilderness of Ghouls-Jinns fighting dragons from Khamsa of Nizami A Jinn drawn in the style of ‘Muhammad Siyah Qalam by Muhammad Taqi Jinn by the Ottoman master Mehmed Siyah Kalem Rustom fighting a Jinn from a medieval Islamic manuscript Jinns from a medieval Islamic manuscript Wonders of Creation

Optical Illusions 1. Vous voyez ces 3 jolies filles ? Et si on retournait l’image ? Notre cerveau est rarement confronté à des images renversées, c’est pourquoi il a des difficultés à bien les interpreter. 2. 3. 4. Regardez le point noir au centre. 5. 6. Les 3 points jaunes vont complètement disparaitre. 7. 8. 9. 10. 11. Il n’y en a aucun! 12. 13. Ce rectangle n’a qu’une seule couleur. 14. Explications: 15. DARPA Wants to Bring Privacy Back to the American People by Natalie Shoemaker Defense Advanced Research Projects Agency (DARPA) is perusing technology to make online privacy possible for the individual through a program dubbed The Brandeis project. It's named after Supreme Court Associate Justice Louis Brandeis, who penned the paper The Right to Privacy back in 1890. In his piece, which he co-authored with Samuel D. Warren, the two conceptualized the idea that harm could be done to an individual in other ways beyond the physical. Dr. Brad Templeton argues that we're all a part of a surveillance apparatus that would even be beyond the imagination George Orwell. But many organizations have failed to give the people the tools they need to make their own choices about how public and how private they want their information to be. “Democracy and innovation depend on creativity and the open exchange of diverse ideas, but fear of a loss of privacy can stifle those processes.” The Internet economy probably wouldn't go down the drain.

Amadeus 1980 Curry & McKellen Broadway Teaching Critical Thinking Whether or not you can teach something as subjective as critical thinking has been up for debate, but a fascinating new study shows that it’s actually quite possible. Experiments performed by Stanford's Department of Physics and Graduate School of Education demonstrate that students can be instructed to think more critically. It’s difficult to overstate the importance of critical-thinking skills in modern society. The ability to decipher information and interpret it, offering creative solutions, is in direct relation to our intellect.2 The study took two groups of students in an introductory physics laboratory course, with one group (known as the experimental group) given the instruction to use quantitative comparisons between datasets and the other group given no instruction (the control group). Comparing data in a scientific manner; that is, being able to measure one’s observations in a statistical or mathematical way, led to interesting results for the experimental group.

Nature Blows My Mind! The Flamboyant Sea Slug nicoboxethai/CC BY 2.0 Nudibranch, or what we usually call sea slugs, blow my mind. Ever since spotting one for myself during a tide pool trip about a year ago, I've been fascinated with these creatures. I think of them as the drag queens of the sea: flashy stand-outs that are always dressed to the nines. The one I found is a Hermissenda crassicornis -- the flashy little thing pictured below with bright pinkish-orange cerata waving like a feather boa and neon blue outlines around its tentacles. © Jaymi Heimbuch But this is not exactly an example of what all nudibranch look like. prilfish/CC BY 2.0 prilfish/CC BY 2.0 Elias Levy/CC BY 2.0 Bill Bouton/CC BY-SA 2.0 Derek Keats/CC BY-SA 2.0 See what I mean? From Wikipedia:"A nudibranch /ˈnjuːdɨbræŋk/ is a member of what is now a taxonomic clade, and what was previously a suborder, of soft-bodied, marine gastropod mollusks which shed their shell after their larval stage. You read that right -- over 3,000 species and more are discovered all the time.

Nudibranch looks like a bunny of the sea It’s round, and fluffy and has wiggly little ears! Sort of. These little sea creatures, affectionately dubbed “sea bunnies” have recently become social media celebrities. They’re actually sea slugs, and belong to the wild group of mollusks called nudibranchs. The bunny slug species is Jorunna parva, and was first described by the renowned Japanese marine biologist Kikutaro Baba. The fluffy white sea bunnies are primarily found off the coast of Japan. ダイブストアエグザイル/Video screen capture As for the “ears”—over on Deep Sea News, Dr. Crawl Ray/CC BY 2.0 All nudibranchs are hermaphrodites, which means they produce both sperm and eggs but cannot fertilize themselves. Jorunna parva have a number of different colorings, and are often yellow with black specks and rhinophores. If there wasn’t enough reason to “aawwww” over sea bunnies, the fact that these creatures are incredibly tiny adds extra points to their adorableness score.

Nonconformity and Freethinking Now Considered Mental Illnesses Is nonconformity and freethinking a mental illness? According to the newest addition of the DSM-IV (Diagnostic and Statistical Manual of Mental Disorders), it certainly is. The manual identifies a new mental illness called “oppositional defiant disorder” or ODD. The DSM-IV is the manual used by psychiatrists to diagnose mental illnesses and, with each new edition, there are scores of new mental illnesses. New mental illnesses identified by the DSM-IV include arrogance, narcissism, above-average creativity, cynicism, and antisocial behavior. All of this is a symptom of our over-diagnosing and overmedicating culture. According to the DSM-IV, the diagnosis guidelines for identifying oppositional defiant disorder are for children, but adults can just as easily suffer from the disease. When the last edition of the DSM-IV was published, identifying the symptoms of various mental illnesses in children, there was a jump in the diagnosis and medication of children. Sources: www.naturalnews.com

Breathtaking Timelapse Of Los Angeles Will Give You Chills City Lights from Colin Rich. LA's spectacular lights didn't just inspire a range of amazing glowing shoes in the 90s--they also acted as muse for local lensman Colin Rich, who has spent the last few years covering the city from every conceivable angle. Above, Rich unveils City Lights, the last in his Trilogy of Light series. "It was an nightly adventure that took me to almost every angle of Los Angeles," Rich explains." Traveling daily through the city's freeways, neighborhoods, and avenues with his camera, Rich has charted a side of LA that few have ever seen. "It was challenging," Rich explains about the process. Below, check out part one and two of Rich's trilogy: LA Light from Colin Rich. NightFall from Colin Rich.