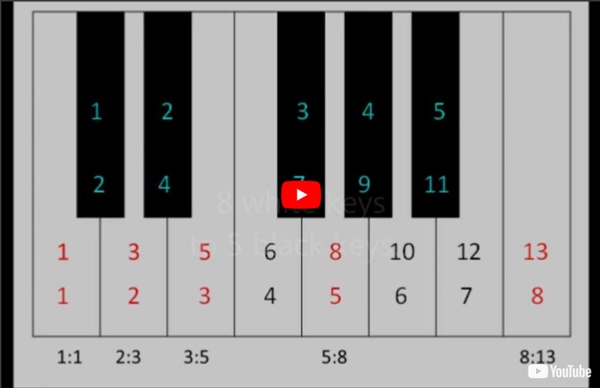 Introducing Beethoven Immortal The year 2020 started with massive expectations for the memory of Ludwig van Beethoven, the wild-haired and scowling composer whose cantankerous visage was seemingly at odds with the enduring humanity and optimism of his music. But all of our lives were forced to take a hard left, putting many a plan — Beethoven-graced or otherwise — on indefinite hold. So we wondered: How do we pull off The Big 2-5-0 in the midst of such an incredibly turbulent year? Like this:

The Pinocchio Theory Mark Abel’s book Groove: An Aesthetics of Measured Time, recently published in the Historical Materialsm book series, offers a new musicological and philosophical account of groove music — which is to say nearly all popular music, in the US and the Americas, and increasingly in other parts of the world as well, for the past hundred years — since at least the start of the 20th century. Ultimately, Abel offers an Adornoesque defense of the very mass-industrially-produced music that Adorno himself despised. This in itself is incredibly useful, given how much of a stumbling-block Adorno has been for decades when it comes to thinking about music — you simply can’t dismiss him, but there are good reasons for refusing to go along with him. Spirals illustrating Phi Fibonacci numbers and Phi are related to spiral growth in nature If you sum the squares of any series of Fibonacci numbers, they will equal the last Fibonacci number used in the series times the next Fibonacci number. This property results in the Fibonacci spiral, based on the following progression and properties of the Fibonacci series: 12 + 12 + 22 + 32 + 52 = 5 x 8

Beethoven at 250: Happy Birthday, Ludwig! One of the highlights in Bonn’s Beethoven House is Ludwig van Beethoven’s iconic portrait by Joseph Karl Stieler. Silver gray mane tousled, scarlet scarf tied messily, a musical masterpiece in his hand--the portrait has shaped the composer’s image since it was created 200 years ago. Today, the painting is also part of “Beethoven Everywhere”, an extensive online collection that celebrates the master’s 250th anniversary on Google Arts & Culture. As director of Beethoven House, I am particularly happy that the project unites so many cultural institutions of international renown in sharing their Beethoven stories: from Carnegie Hall to Deutsche Grammophon and Karajan-Akademie, from Chineke!

Natural Music And Where All Music Comes From By Bo Constantinsen, author of WhatMusicReallyIs.com Music Comes from the Harmonic Series The most common and widely accepted definition of music includes three main elements: rhythm (timing), timbre (nuance) and pitch (height). Time and Quantum Physics relationships to Phi The Golden Ratio seems to be appearing in several places in the Quantum Physics Model. Because an electron has an electric charge and an intrinsic rotational motion, or spin, it behaves in some respects like a small bar magnet and is said to have a magnetic moment. Because the electron also has mass, it behaves in some respects like a spinning top, and is said to have spin angular momentum. The g factor of the electron is defined as the ratio of its magnetic moment to its spin angular momentum.

A chance to see Beethoven’s 9th live from Vienna – Slipped Disc To close Beethoven’s 250th birthday celebrations, On Air will present Gustav Mahler’s Re-Orchestration of Beethoven’s beloved 9th Symphony, streamed from the Synchron Stage in Vienna – the very epicentre of classical music and where Beethoven’s masterpiece received its debut in 1824. Austrian conductor Johannes Vogel will lead the Synchron Stage Orchestra and soloists from the Vienna State Opera for this epic Beethoven concert, running on 18, 19 and 20 December at 8pm. The event, captured in Vienna’s state-of-the-art recording facility, is a winning mix of high-end production, set design and lighting, promising an immersive experience straight to your living room.

What Music Really Is, What Is It, and What It Is Not By Bo Constantinsen, author of WhatMusicReallyIs.com The “Research” section on this website [WhatMusicReallyIs.com] represents the in-the-making process of the What Music Really İs manual as an interactive presentation, book, and featured documentary. It wishes to be the scientific & mystical knowledge base on the science of music: harmonics, sound, acoustics, tuning and all else related. “What Music Really İs” is a statement. Plug Flow Reactor - Free PPT downloads Plug Flow Model - Chmltech - Biodiesel Projects Multiphase Chemical Reactor Engineering Quak Foo Lee Ph.D. Candidate Chemical and Biological Engineering The University of British Columbia Different Types of Reactor Fixed Bed Rector Fluidized Bed Reactor Batch Reactor Straight Through Transport Reactor Slurry Phase Distillate Reactor Packed ... Gas-Solid Reactor Models - Chmltech - Biodiesel Projects ... fluidized beds The Packed Bed Reactor The flow and contacting can be simply represented by the plug flow model. ...

On Air to present Mahler’s Re-Orchestration of Beethoven's 9th Symphony - News To close Beethoven’s 250th birthday celebrations, live entertainment streaming platform, On Air, will present Gustav Mahler’s Re-Orchestration of Beethoven’s beloved 9th Symphony. The performance will be streamed from the Synchron Stage in Vienna – the very epicentre of classical music and where Beethoven’s masterpiece received its debut in 1824. Austrian conductor, Johannes Vogel will lead the Synchron Stage Orchestra and soloists from the Vienna State Opera for this epic Beethoven concert, running on 18, 19 and 20 December at 8pm. A 123-strong orchestra and choir will be assembling for the event in a safe, Covid-secure way and the event, captured in Vienna’s state-of-the-art recording facility, is a winning mix of high-end production, set design and lighting, promising an immersive experience straight to your living room. Audiences will be able to purchase tickets for the event on On Air’s website, where the broadcasts will be streamed.

Everything You Should Know About Sound This post is part of Mini Week, where I’m posting a new mini post but not actually mini as it turns out every weekday this week. I’ve always been a little confused about sound. So for “Tuesday’s” “mini” post, I decided to do something about that. We think of sound as something we hear—something that makes noise. But in pure physics terms, sound is just a vibration going through matter. The way a vibration “goes through” matter is in the form of a sound wave.