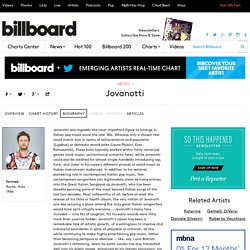 Whereas only a chosen few could match him in terms of achievements and popularity (Ligabue) or domestic record sales (Laura Pausini, Eros Ramazzotti), these have typically worked within fairly canonical genres (rock music, conventional romantic fare), while Jovanotti could also be credited for almost single-handedly introducing rap, funk, and (later in his career) different strands of world music to Italian mainstream audiences. In addition to his seminal, pioneering role in contemporary Italian pop music, few contemporary songwriters can legitimately claim as many entries into the Great Italian Songbook as Jovanotti, who has been steadily penning some of the most beloved Italian songs of the last two decades. None. Alain Bashung. Alain Bashung (French: [alɛ̃ baʃuŋ]; born Alain Baschung 1 December 1947 – 14 March 2009) was a French singer, songwriter and actor. 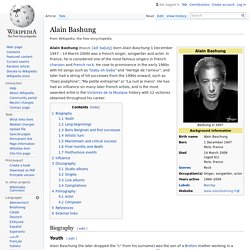 In France, he is considered one of the most famous singers in French chanson and French rock. He rose to prominence in the early 1980s with hit songs such as "Gaby oh Gaby" and "Vertige de l'amour", and later had a string of hit successes from the 1990s onward, such as "Osez Joséphine", "Ma petite entreprise" or "La nuit je mens". He has had an influence on many later French artists, and is the most awarded artist in the Victoires de la Musique history with 12 victoires obtained throughout his career. Biography[edit] Youth[edit] Long beginnings[edit] C.S.I. (CRIME SWING INVESTIGATION) 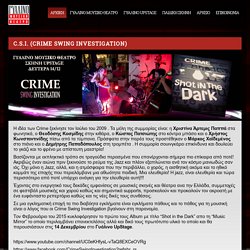 Macaco (band) Macaco is a musical band from Barcelona, Spain formed in 1997 by Dani Carbonell, who was also one of the original lead singers of the new flamenco group Ojos de Brujo. 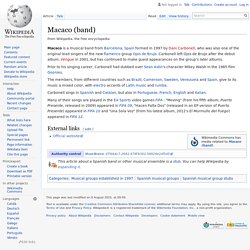 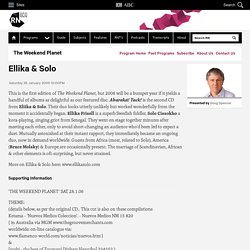 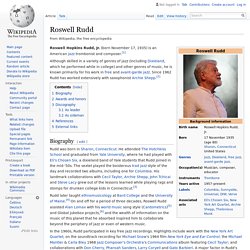 (born November 17, 1935) is an American jazz trombonist and composer.[1] Although skilled in a variety of genres of jazz (including Dixieland, which he performed while in college) and other genres of music, he is known primarily for his work in free and avant-garde jazz. Since 1962 Rudd has worked extensively with saxophonist Archie Shepp.[2] Biography[edit] Rudd was born in Sharon, Connecticut. Rudd later taught ethnomusicology at Bard College and the University of Maine.[4] On and off for a period of three decades, Roswell Rudd assisted Alan Lomax with his world music song style (Cantometrics)[5] and Global Jukebox projects,[6] and the wealth of information on the music of this planet that he absorbed inspired him to collaborate beyond the periphery of jazz or even of western music. Luke Jordan. Luke Jordan (January 28, 1892 – June 25, 1952)[1] was an American blues guitarist and vocalist of some renown, particularly in the area of his home, in Lynchburg, Virginia. 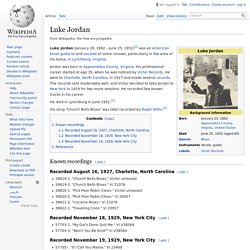 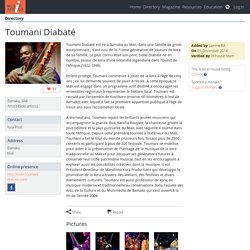 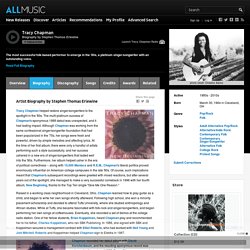 The multi-platinum success of Chapman's eponymous 1988 debut was unexpected, and it had lasting impact. Although Chapman was working from the same confessional singer/songwriter foundation that had been popularized in the '70s, her songs were fresh and powerful, driven by simple melodies and affecting lyrics. At the time of her first album, there were only a handful of artists performing such a style successfully, and her success ushered in a new era of singer/songwriters that lasted well into the '90s. Furthermore, her album helped usher in the era of political correctness -- along with 10,000 Maniacs and R.E.M., Chapman's liberal politics proved enormously influential on American college campuses in the late '80s. TRACY CHAPMAN LYRICS - The Promise. "The Promise" If you wait for me Then I'll come for you Although I've traveled far I always hold a place for you in my heart If you think of me If you miss me once in awhile Then I'll return to you I'll return and fill that space in your heart Remembering Your touch Your kiss Your warm embrace I'll find my way back to you If you'll be waiting If you dream of me Like I dream of you In a place that's warm and dark In a place where I can feel the beating of your heart I've longed for you And I have desired To see your face your smile To be with you wherever you are Remembering Your touch Your kiss Your warm embrace I'll find my way back to you Please say you'll be waiting Together again It would feel so good to be in your arms Where all my journeys end If you can make a promise If it's one that you can keep I vow to come for you If you wait for me. 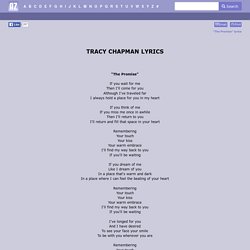 The Official Bob Dylan Site. Carter Burwell. Carter Burwell creates film scores and other stuff, much of which is listed under projects. You'll find specific information about him in the menu above. Carter Burwell's most recent film projects include: The new stop-motion animated film from Laika, Missing Link, which opened in April. The soundtrack album is availabe from Lakeshore Records. Carter's next film with Bill Condon, The Good Liar, will open in late 2019.

The latest film from the Coen Brothers, The Ballad of Buster Scruggs, is streaming on Netflix and the soundtrack album is available from Milan Records. The 5 Countertenors. Bejun Mehta — countertenor. Stéphane Sanseverino. Stéphane Sanseverino (known as Sanseverino; born October 9, 1961 in Paris) is a French singer, guitarist and songwriter of Neapolitan descent.

R&B lyrical themes often encapsulate the African-American experience of pain and the quest for freedom and joy.[3] Lyrics focus heavily on the themes of triumphs and failures in terms of relationships, freedom, economics, aspirations, and sex. The term rhythm and blues has undergone a number of shifts in meaning. Biography. Bill Frisell '1968' Bill Frisell. William Richard "Bill" Frisell (born March 18, 1951) is an American guitarist, composer and arranger. One of the leading guitarists in jazz since the late 1980s, Frisell's eclectic music touches on progressive folk, classical music, country music, noise music and more. He is known for using an array of effects to create unique sounds from his instrument. Biography[edit] Early life and career[edit] Bill Frisell and Vinicius Cantuária Live on Soundcheck. Vinicius de Moraes.

Machito. Machito (born Francisco Raúl Gutiérrez Grillo, February 16, 1908? –April 19, 1984) was an influential Latin jazz musician who helped refine Afro-Cuban jazz and create both Cubop and salsa music.[1][2] He was raised in Havana alongside the singer Graciela, his foster sister. Machito's music had an effect on the lives of many musicians who played in the Afro-Cubans over the years, and on those who were attracted to Latin jazz after hearing him. Graciela. Home - Gianmaria Testa official web site. Gianmaria Testa. Vinicio Capossela. Vinicio Capossela (born 14 December 1965) is an Italian singer-songwriter. His style is strongly influenced by US singer and songwriter Tom Waits (Capossela repeatedly recorded his songs with the help of Waits' guitarist, Marc Ribot), though it also draws from the traditions of Italian folk music (especially those of Irpinia, the part of Campania where his family moved from in the 1950s).

Idir. KASEY CHAMBERS. Kasey Chambers. Kasey Chambers (born 4 June 1976) is an Australian country singer-songwriter. She is the daughter of singer and musician Bill Chambers, and the sister of musician and producer Nash Chambers. Solo success[edit] Chambers and Shane Nicholson ARIA Hall of Fame Chambers' second album Barricades & Brickwalls was released in late 2001 debuting at No. 4 in the ARIA album charts.