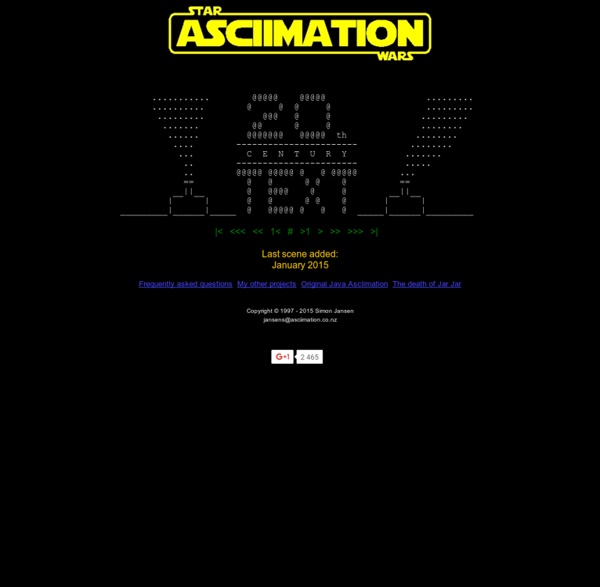 Related:  To Be Sorted 4

Kali Linux 2.0 Top 10 Post Install Tips With Kali 2.0 now released, we wanted to share a few post-install procedures we find ourselves repeating over and over, in the hopes that you will find them useful as well. We’ve also slapped in some answers to common questions we’ve been getting. Here is our top 10 list: Enable or Disable the Intelligent Sidebar Option Some people love it, some people hate it. In smaller resolutions, it can be annoying. Dark Room what is wrong with this picture? it looks as if everything has gone kind of crazy. mysterious shadows slice the world into jagged fragments whether it's day or night. meanwhile, in the corners of the room, blackness itself collects in thick pools like congealing blood. the walls are closing in like a big steel trap snapping shut in slow motion. paranoia and dread hang heavily in the air... welcome.

BZ's Bovington Tank Museum The Bovington Tank Museum is located by Bovington Camp in Dorset, South West England. Bovington camp is used by the British Army for tank driving and repair training. A Challenger MBT (minus much of the normal bolt on bits) guards the main museum entrance. The 10 Most Ridiculously Awesome Geeky Computer Pranks - How-To Geek - StumbleUpon Everybody loves a good prank… unless you are the one on the receiving end of the fun. It’s time to hone your pranking skills, not just to make sure you are the best, but so you can avoid being pranked by others. Yeah, sure, we could go with the old standards, like a blue screen of death screensaver or something like that, but it’s time to use our geek skills and come up with something better. We’ll cover some of the old favorites too, but maybe with a twist.

6 Reasons To Hire a Coding Bootcamp Graduate Original article courtesy of coding dojo. If you have ever passed on a potential hire because they have coding bootcamp experience rather than a formal CS degree, it’s time to forget everything you think you know about bootcamp graduates and reconsider your options. Max Nisen at Business Insider eloquently illustrates the following point in his article Google Has Started Hiring More People Who Didn’t Go to College: “Computer-science degrees teach theory and help the best engineers advance the state of the art, but we’ve entered an age in which demanding that every programmer has a degree is like asking every bricklayer to have a background in architectural engineering.”

Trilogy Art Print by Danny Haas New All « PrevNext » ThermoDex Select PROPERTIES you are looking for: About ThermoDex | List of Titles Indexed | Finding Thermodynamic Infomation (Guide) | Library Catalog ThermoDex contains records for selected printed and web-based compilations of thermochemical and thermophysical data for chemical compounds and other substances. You can select one or more compound types and link them to one or more property terms, and ThermoDex will return a list of handbooks that could contain these data. this isnt happiness&#8482; (Things My Father didn't Teach Me, How to tie a Tie)&& - StumbleUpon ABOUT ARCHIVE FOLLOW Facebook Twitter Instagram Google+ Ads Via The Deck Things My Father didn’t Teach Me, How to tie a Tie

10 signs a career in coding and software development might be right for you In recent tests to assess the knowledge and skills of 15-year-olds from across the world, the UK ranked 26th for maths and 20th for science, down overall from 28th and 16th respectively in 2009. For a view of young people’s potential in computer programming careers, however, such tests don’t necessarily tell the full story. Employers look for other personal attributes and skills, beyond academic credentials, when assessing candidates’ suitability, for instancecreativity, a collaborative approach and an entrepreneurial spirit are as important as aptitude and experience. So to help present the skills needed for computer programming in a different light, here are 10 signs coding could be right for you; signs that aren’t always accounted for in academic tests.

51 Breathtaking Post-Apocalypse Wallpapers Humanity has an obsession with its own destruction. From countless religions, myths, legends and doomsday predictions, humanity has always been curious about what the Earth would be like without us. Based on the Earth’s past, it almost seems inevitable that natural destruction will occur at some point, and man-made methods of destruction exist as well. In this post, we’ll look at 51 breathtaking, post-apocalyptic wallpapers that show artistic representations of what Earth would look like after a cataclysmic event. From memorable scenes like what would be seen in movies like I Am Legend or 28 Days Later, to more dystopian and forboding environments, you’ll be left mesmerized by the incredible detail in these artworks.

Hocus Pocus (1993) Full Movie Video Log in Comedy Movies & Films - Full Length Cynthia Yildirim Hocus Pocus (1993) Full Movie 8 Cheat Sheet Wallpapers for Designers and Developers Web designers and developers have a lot to remember, from keyboard shortcuts to function names. That’s why it’s handy to have cheat sheets near by for a quick reference. Most people like to print out there cheat sheets on paper and have them sitting on their desk, but another convenient place for a cheat sheet is right on your computers desktop in the form of a wallpaper. Here we’ve rounded up a few very useful cheat sheets for web designers and developers that can be used as desktop wallpapers. Photoshop Keyboard Shortcuts Color Theory Quick Reference Poster

Delaware man turns storage container into safe havens It's just an old, metal shipping container. But to Patrick Staggs, it's untapped potential. It's a symbol of second chances. His company — Homes of Hope — will save the container from rust and decay's clutches, and convert it into a home for an underprivileged family. The containers are only about 40 feet by 8 feet, but that's enough to make magic happen. "You can really do a lot with that amount of space, much more than you would think," he said.