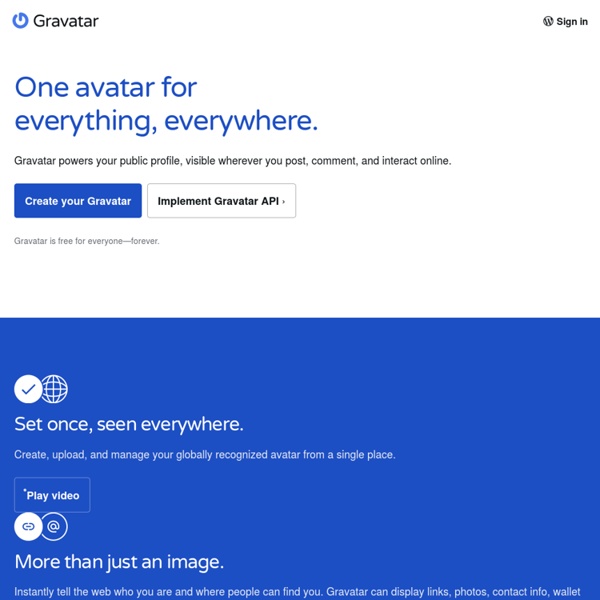 Is 3D printing the key to Utopia? Magic trick: a 3D printer makes a plastic rabbit. Photograph: David Neff You know the problem: the dishwasher that has cleaned your dishes faithfully for 15 years suddenly stops working. You call out a repairman who identifies the problem: the filter unit has finally given up the ghost. "Ah," you say, much relieved, "can you fit a new one?" Go Daddy really and truly opposes SOPA now Go Daddy has decided to stop flirting with Congress' SOPA bill. There's nothing like getting kicked in the teeth by your customers to make a company see reason. When Internet registry and Web site hosting company Go Daddy first realized that supporting the Stop Online Piracy Act (SOPA), a misguided Internet copyright and censorship bill, wasn't a smart idea, Go Daddy CEO Warren Adelman did a half-assed job of backing away from SOPA. A few days later, and quite a few lost customers later, Go Daddy has decided to really and truly oppose SOPA. The first time around, when Adelman announced Go Daddy's opposition to SOPA, he waffled saying, "Fighting online piracy is of the utmost importance, which is why Go Daddy has been working to help craft revisions to this legislation-but we can clearly do better.

powtoon Login to Powtoon New to Powtoon? Create an account Reset your password Enter your email address and we'll send you a link to reset your password. Forgot your password? The 12 Trends That Will Rule Products In 2013 Near the end of 2012, a group of us at Ziba got together to review what we’d learned over the course of the year. Working with dozens of clients who serve customers around the world, we designers spend a lot of time observing people as they interact with technology, services, and experiences, noticing how they seek solutions to everyday problems and make decisions. In the process, certain patterns emerge so forcefully that they’re practically unavoidable. Meeting over three sessions spread out over a week, 23 Zibites (designers, researchers, and creative directors) discussed the patterns we’d seen, and distilled them down to the 12 insights we thought were most current and useful, to us and to our clients. Each one is presented here, as a brief essay that suggests how it will affect business practices in 2013, and as an illustration created by one of Ziba’s designers.

GlobalWeather: GetWeather Operation Session closed! Please try again. If you want to invoke Web Services using a comfortable form you can download Membrane SOAP Client and install it on your computer. The generic SOAP Client is an open source Eclipse RCP application. It creates forms out of the descripton of SOAP operations in WSDL and makes it easy to invoke and test Web Services. How to sideload apps (even the Android Market) on the Amazon Kindle Fire The Amazon Kindle Fire may look like a tablet designed only to access apps, music, movies, books, and periodicals from Amazon. But under the hood it’s an Android tablet, which means that it can run most apps designed for Android 2.3 and earlier. And it turns out it’s quite easy to install most of them.

Ellipses People often ask how to use ellipses, those little dot-dot-dots you often see in e-mail messages. For example, Mitra from Michigan asked, “When is it appropriate to use '...' in writing? People use it all the time, and it seems like a way to make your writing more informal and conversational, as if you were pausing. Can you also use [the dot-dot-dot] for formal writing?” Attack against Microsoft scheme puts hundreds of crypto apps at risk Researchers have devised an attack against a Microsoft-developed authentication scheme that makes it trivial to break the encryption used by hundreds of anonymity and security services, including the iPredator virtual private network offered to users of The Pirate Bay. The attack, unveiled by Moxie Marlinspike and David Hulton, takes on average just 12 hours to recover the secret key that iPredator and more than 100 other VPN and wireless products use to encrypt sensitive data. The technique, which has been folded into Marlinspike's CloudCracker service, exploits weaknesses in version 2 of a Microsoft technology known as MS-CHAP, short for Microsoft challenge-handshake authentication protocol. It's widely used to log users into VPN and WPA2 networks and is built into a variety of operating systems, including Windows and Ubuntu. Microsoft officials are "actively investigating the issue and will take the necessary steps to help protect customers," the company said in a brief statement.

M-DISC « The First Permanent File Backup Disc That Lasts Forever Now the M-DISC™ comes in a 25GB Blu-ray! With all of the longevity benefits of our original DVD, the Blu-ray gives you over five times the storage capacity on one disc. As technology rapidly advances, we’re living longer, doing more, creating more memories and recording more data. Every scrapbooker, business owner, photographer, every person fears losing the legacy they have spent their lifetime creating.