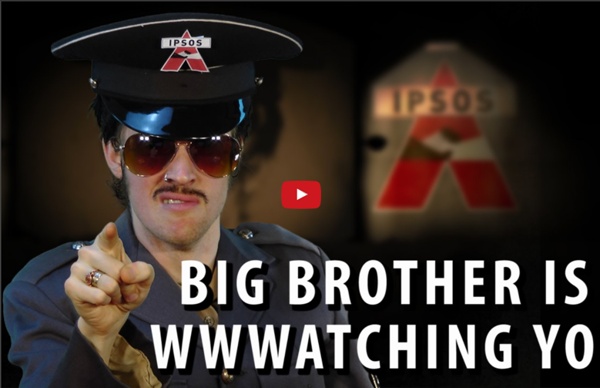 An Interview with Richard "Hollis" Helms, Founder and CEO, Abraxas Corp. // The Entrepreneur Center @ NVTC Not to be confused with the other Richard Helms (who headed the CIA under Nixon), “Hollis” Helms was with the CIA for nearly 30 years until October 1999, including 12 years overseas in several postings in the Mideast and South Asia. He was also one of the original assignees to its Counter Terrorism Center in the mid-1980s. He started Abraxas Corp. four years ago. Headquartered in McLean, it now has 225 employees. Helms has a BA and MA (in national security policy) from American University. Bisnow on Business: This is some retirement – you left the government and became an entrepreneur. So what does Abraxas do exactly? Who would use you for what? What’s the deliverable? Choosing to put your own money up first is a risk. So you don’t believe that early money is like yeast? You really draw from the early entrepreneurial spirit of aviation. You have a product with an intriguing name: TrapWire. Is TrapWire a service or a product, or what does it look like exactly? Which was?

Jeff Connaughton The Payoff Justice Department And Wall Street The Gentleperson's Guide To Forum Spies 25 February 2014. Related: GCHQ Full-Spectrum Cyber Effects: 24 February 2014. GCHQ DISRUPTION Operational Playbook: 29 January 2014. (18MB) 4 March 2012. 12 July 2012 The Gentleperson's Guide To Forum Spies A sends: The Gentleperson's Guide To Forum Spies (spooks, feds, etc.) 1. COINTELPRO Techniques for dilution, misdirection and control of a internet forum.. There are several techniques for the control and manipulation of a internet forum no matter what, or who is on it. Technique #1 - 'FORUM SLIDING' If a very sensitive posting of a critical nature has been posted on a forum - it can be quickly removed from public view by 'forum sliding.' Technique #2 - 'CONSENSUS CRACKING' 1. 2. 3. 4. 5. 6. 7. 8.

US democracy: The power of money - Empire The US presidential elections in November 2012 are expected to become the most expensive in history. One estimate by the Federal Election Commission (FEC) goes as high as $11bn. The vast majority of this political money has come from a handful of super-rich supporters of the Republican Party dwarfing the attempts by citizens, associations or labour unions to do the same. Many on the right claim deregulating campaign financing as a victory for free speech whilst most on the left fear the changes are corrupting democracy. Controversial campaign funding rule changes brought in after a Supreme Court ruling in 2010 have opened the floodgates to billionaire donors with the potential to buy influence all the way to the White House. The new system is rarely challenged in the mainstream media. But more fundamentally, in a free market society where the richest 400 people have more wealth than the bottom 150 million Americans, Empire asks if money transforms or distorts the whole political process.

Activists warned to watch what they say as social media monitoring becomes 'next big thing in law enforcement' - Crime - UK John Cooper QC said that police are monitoring key activists online and that officers and the courts are becoming increasingly savvy when it comes to social media. But, speaking to The Independent, he added that he also expected that to drive an increase in the number of criminals being brought to justice in the coming months. "People involved in public protest should use social media to their strengths, like getting their message across. But they should not use them for things like discussing tactics. They might as well be having a tactical meeting with their opponents sitting in and listening. "For example, if antifascist organisers were discussing their plans on social media, they can assume that a fascist organisation will be watching. Mr Cooper QC's warning comes after a New York court ordered Twitter to hand over messages posted on the site by a demonstrator belonging to the Occupy Wall Street movement in America. Mr Cooper QC added: "activists are putting themselves at more risk.

Forget PRISM: FAIRVIEW is the NSA's project to "own the Internet" According to Thomas Drake, a former National Security Agency senior executive who blew the whistle on the agency’s reckless spending and spying in 2006, a previously unknown NSA surveillance program known as FAIRVIEW aims to “own the Internet.” Last month, former NSA contractor Edward Snowden leaked a series of PowerPoint slides to the Washington Post and the Guardian revealing that the agency was engaged in a large-scale Internet surveillance program, dubbed PRISM, that collects Americans’ chats, emails, photos, and videos. One of the slides, only later released by the two papers, made reference to a group of additional “upstream” collection programs, including two named FAIRVIEW and BLARNEY, but gave no further details about their function. Drake, who was prosecuted under the Espionage Act for his whistleblowing, explained the upstream programs to the Daily Dot. “Upstream means you get inside the system before it’s in the Internet. Illustration by Fernando Alfonso III

Green Party candidate: Police handcuffed me to a chair for eight hours By Arturo GarciaWednesday, October 17, 2012 12:47 EDT Green Party presidential candidate Dr. Jill Stein said Wednesday police handcuffed her to a chair during her eight-hour imprisonment following her arrest outside the second presidential debate. “For most of the time it was just [running mate] Cheri Honkala and myself,” Stein told Democracy Now anchor Amy Goodman. “Yet they felt the need to keep us in tight plastic restraints tightly secured to metal chairs.” Stein and Honkala were arrested Tuesday while sitting in the street to protest their exclusion from this year’s presidential debates between Democrat Barack Obama and Republican Mitt Romney. During her arrest, Stein criticized the group that organized the event, the Commission on Presidential Debates, which was put together as a joint effort by Democrats and Republicans to administer the debates after the League of Women Voters stepped out of that role in 1987.

Jill Stein Arrested Before Hofstra Debate, Campaign Reports Green Party presidential candidate Jill Stein was arrested outside of Hofstra University on Tuesday after she attempted to enter the debate grounds. According to Stein's campaign press statement, Stein and running mate Cheri Honkala joined supporters outside the Hofstra campus at 2 p.m., where Stein declared: "We are here to bring the courage of those excluded from our politics to this mock debate, this mockery of democracy." When they started to walk onto the debate grounds, they were stopped by police officers, and then the two women sat down on the ground. Student-run news organization Long Island Report posted a video of Stein and Honkala sitting, with an officer arguing, "You're blocking traffic." After Honkala stated, "We want to practice our first amendment rights," the police can been seen removing the women from the ground and leading them away. According to the campaign, Stein and Honkala were then arrested. As HuffPost blogger Carl Gibson wrote: Also on HuffPost:

The lame rules for presidential debates: a pefect microcosm of US democracy | Glenn Greenwald President Barack Obama walks past Republican presidential nominee Mitt Romney during the first presidential debate. Photograph: AP The way the two major parties control the presidential debates is a perfect microcosm of how political debates are restricted in general. I was on Democracy Now this morning along with George Farah discussing the ways these debates, designed to cast the appearance of fostering vibrant exchanges, are actually intended to constrict the range of debated views as much as possible. He described how the two political parties in the 1990s joined forces to wrest control over the presidential debates away from the independent League of Women Voters, which had long resisted the parties' efforts to shield their presidential candidates from genuine surprise or challenge. "We have a private corporation that was created by the Republican and Democratic parties called the Commission on Presidential Debates. All of this means, as Farah put it: