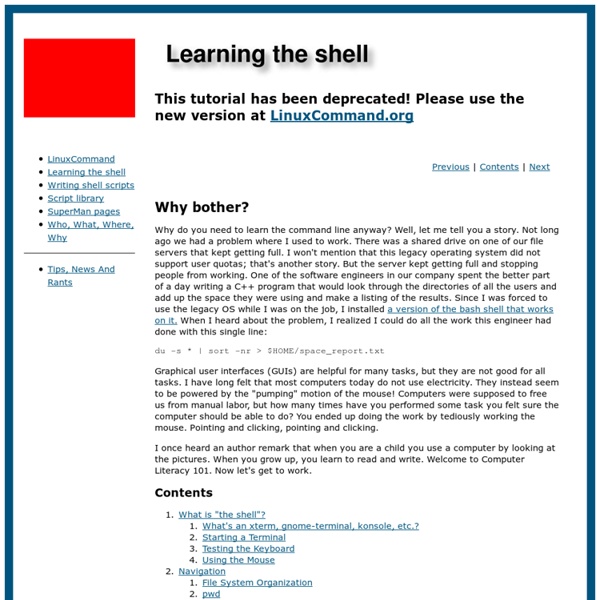 Pinguy OS How Secure Is My Password? 9 of the Best Free Java Books Java is a general-purpose, concurrent, class-based, object-oriented, high-level programming language and computing platform first released by Sun Microsystems in 1995. It is related in some ways to C and C++, in particular with regard to its syntax, and borrows a few ideas from other languages. Java is designed to be simple enough that many programmers can quickly become proficient in the language. It is one of the most popular programming languages in use, especially for client-server web applications. Some popularity indexes show that Java holds the top spot with C. This programming language is the underlying technology that powers utilities, games, business applications, and other software. The focus of this article is to select some of the finest Java books which help programmers master all aspects of this language. To cater for all tastes, we have chosen a good range of books. Next Section: 9 of the Best Free Java Books - Page 2 This article is divided into three pages:

How Browsers Work: Behind the Scenes of Modern Web Browsers Web browsers are the most widely used software. In this primer, I will explain how they work behind the scenes. We will see what happens when you type google.com in the address bar until you see the Google page on the browser screen. The browsers we will talk about There are five major browsers used on desktop today: Chrome, Internet Explorer, Firefox, Safari and Opera. The browser's main functionality The main function of a browser is to present the web resource you choose, by requesting it from the server and displaying it in the browser window. The way the browser interprets and displays HTML files is specified in the HTML and CSS specifications. Browser user interfaces have a lot in common with each other. Address bar for inserting a URIBack and forward buttonsBookmarking optionsRefresh and stop buttons for refreshing or stopping the loading of current documentsHome button that takes you to your home page The browser's high level structure The browser's main components are (1.1): Syntax:

Learn Linux, 101: The Linux command line Overview This article gives you a brief introduction to some of the major features of the bash shell, and covers the following topics: Interacting with shells and commands using the command lineUsing valid commands and command sequencesDefining, modifying, referencing, and exporting environment variablesAccessing command history and editing facilitiesInvoking commands in the path and outside the pathUsing man (manual) pages to find out about commands This article helps you prepare for Objective 103.1 in Topic 103 of the Junior Level Administration (LPIC-1) exam 101. Back to top The bash shell The bash shell is one of several shells available for Linux. Before we delve deeper into bash, recall that a shell is a program that accepts and executes commands. Shells have some builtin commands, such as cd, break, and exec. Shells also use three standard I/O streams: Input streams provide input to programs, usually from terminal keystrokes. Listing 1. [db2inst1@echidna db2inst1]$ ian@lyrebird:~> $

bash commands - Linux MAN Pages Commands marked • are bash built-ins Many commands particularly the Core Utils are also available under alternate shells (C shell, Korn shell etc). More bash commands: Linux Command Directory from O'Reilly, GNU CoreUtils.SS64 bash discussion forumLinks to other Sites, books etc Math ∩ Programming | A place for elegant solutions The Complete List of "Audiophile" Headphones My objective with this thread is to create a a list for the newer members that details the "full name" and price of all of the headphones targeted at a more head-fi like audience (so well skip the cheap / no name headphones that are just that for a reason). When i first made my way over here to check out headphones, I found that it was exceptionally confusing to see people referencing letters and numbers without brand names or referencing letters and number referencing both headphones and amps in the same post, so if I could get some cooperation to create this list, I think a lot of newer members might appreciate it. Here's my initial list off the top of my head: Audio Technica AD700 Audio Technica A700 Audio Technica AD900 Audio Technica A900 Beyerdynamic DT 770 Beyerdynamic DT 880 Beyerdynamic DT 990 Beyerdynamic T5 Beyerdynamic T1 Denon AH D2000 Denon AH D5000 Denon AH D7000 Fischer FA-011 Grado SR60 Grado SR80 Grado SR125 Grado SR225 Grado SR325 Grado RS1 Grado RS2 Grado PS1 Hifiman HE-5 Hifiman HE-6

SQL Injection Attacks by Example A customer asked that we check out his intranet site, which was used by the company's employees and customers. This was part of a larger security review, and though we'd not actually used SQL injection to penetrate a network before, we were pretty familiar with the general concepts. We were completely successful in this engagement, and wanted to recount the steps taken as an illustration. "SQL Injection" is subset of the an unverified/unsanitized user input vulnerability ("buffer overflows" are a different subset), and the idea is to convince the application to run SQL code that was not intended. We'll note that this was a somewhat winding road with more than one wrong turn, and others with more experience will certainly have different -- and better -- approaches. There have been other papers on SQL injection, including some that are much more detailed, but this one shows the rationale of discovery as much as the process of exploitation. So we'll do it in steps. A standalone query of