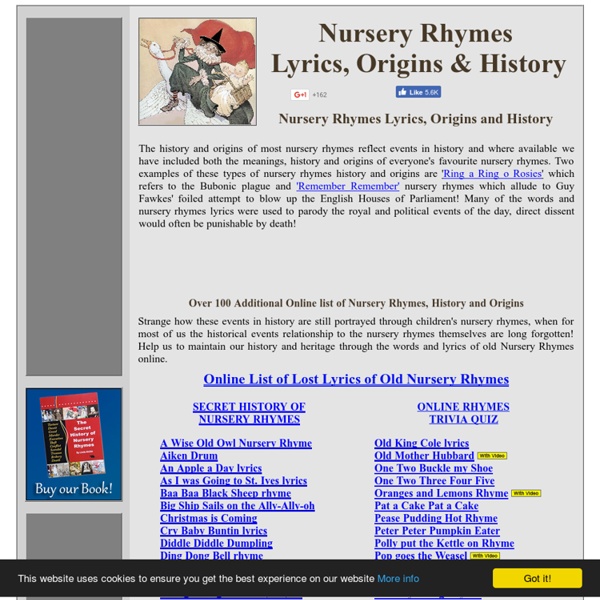 Poetic Forms - Types Of Poems Poetry comes in a variety of forms. Some forms have more structure than others. Some follow rules that have to do with rhyming, syllables, repetition, etc. Others are an expression that are fully in the hands of the author. Quick lesson – Housemates Speaking lesson – describing people and personalities This activity has been made for a strong intermediate or upper-intermediate class. Below you will find everything you need including the worksheet, full instructions and some additional ideas. Before the lesson print and cut out the worksheet (click here to download). You’ll need one worksheet for every group of four or five students. The ideal group size for the activity is five, but you can use it with four by leaving out one of the characters from the worksheet.

Tongue Twisters Tongue Twisters TONGUE TWISTERS WITH “P,” “B,” and “V” · Elizabeth has eleven elves in her very big backyard boulevard. How complex are Aussie song lyrics? Analysis shows our wordiest songwriters - Science News - ABC News Pop songs are dumb and getting dumber, and hip-hop is the dumbest genre of them all. Or so screamed headlines reporting a 2015 analysis which calculated "readability" scores for lyrics from US chart-topping hits of the previous decade. Turns out the songs were mostly pitched at the reading level of US grade 2 or 3 — that's kids aged seven and eight — and had dropped half a grade from 2005. So we thought we'd have a bit of fun and use the same technique to work out how Aussie songwriters shape up.

Webquest: St Patrick's Day: History and traditions What is the history of St Patrick’s Day, and who was he? Find the answers in this webquest, and learn about how 17th March is celebrated around the world. On the 17th March, the whole world becomes Irish. Graded English language dictations free online 1 Students 2 Introductions 3 Numbers 4 Whose? 5 Names and Numbers 6 A Timetable 7 A Form 8 A Friend 1 9 A Friend 2 10 A Friend 3 1 My Cat Trotsky 2 Strange Food (Anonymous) 3 Tears and Laughs (Samuel Beckett) 4 More Beckett 5 Numbers 6 That man 7 Charlie & the Chocolate Factory (Roald Dahl) 8 East of Eden (John Steinbeck) 9 The Unicorn (James Thurber) 10 A Tale of Two Cities (Charles Dickens) 11 Describing Self 1 12 Describing Self 2 13 Describing Self 3 14 The Cemetery 15 My Two Friends 16 Routine

Australian music: Top 10 Aussie songs AUSTRALIANS LOVE THEIR ICONS. Whether it's the Big Banana in Coffs Harbour, a meat pie at the footy, Kylie Minogue in a disco ball or vegemite on toast, we are not ones to shy away from tradition. Music has also played a huge part in shaping the Australian culture, and here's a list the 10 most iconic Aussie songs. 25 maps that explain the English language English is the language of Shakespeare and the language of Chaucer. It’s spoken in dozens of countries around the world, from the United States to a tiny island named Tristan da Cunha. It reflects the influences of centuries of international exchange, including conquest and colonization, from the Vikings through the 21st century.

Tongue Twisters - English Tongue Twisters for Pronunciation Learn English Free Learn English Pronunciation English Tongue Twisters Tongue twisters are phrases or sentences that are designed to be difficult to say correctly. They are a great way of learning how to shape your mouth and position your tongue correctly. Hip-hop video by advocacy and peer disability support group uses technology to break new ground Updated 28 minutes agoThu 21 Jun 2018, 7:12am A hip-hop music video released in Newcastle has broken new ground in the genre, featuring two non-verbal artists who rap using communication devices. MC Jaco (Jacob Hughes) and The King (Robert King) wrote verses that were programmed into the devices, allowing their lines to be spoken. Seven artists in total are featured in the music video for 'My World' which was released on YouTube at a red carpet event. Peer worker with Community Disability Alliance Hunter (CDAH) Catherine Mahoney said the release "could be a world first".