Ern Malley was praised as one of Australia's greatest poets. But he didn't exist. In 1944, 23-year-old Max Harris was an Adelaide-based poet and co-editor of modernist art and literary journal Angry Penguins. 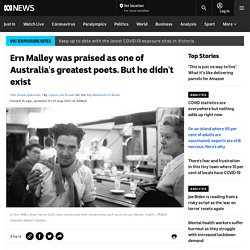 In that year's edition, he featured the poems of Ern Malley who, it was said, had died the year before, aged 25. But in publishing these poems, he fell for one of the greatest literary hoaxes in Australian history — and made Ern Malley a household name for all the wrong reasons. A fateful letter Author Stephen Orr says that in the 1940s, while modernism had been popular in Europe for decades, Australia still hadn't embraced the movement. "We'd continued writing poems about gum trees and so forth," he tells Paul Barclay on ABC RN's Big Weekend of Books.

Harris, who was a fan of modernist poets such as Dylan Thomas and T.S. The journal featured modernist poetry — including Harris's own — and soon attracted the attention of Australia's literary establishment. In October 1943, Harris received a letter from Ethel Malley of Croydon, New South Wales. Harris agreed. My Salinger Year stars Margaret Qualley in literary coming-of-age memoir, with Catcher in the Rye author at periphery. Screen icon Sigourney Weaver delights as the boss of a wide-eyed wannabe poet in My Salinger Year, an adaptation of Joanna Rakoff's bestselling coming-of-age memoir, which orbits around the reclusive author. 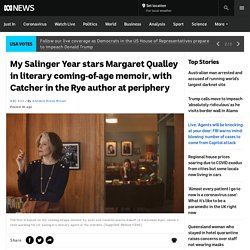 A bright and eager-to-please white girl with big Rory Gilmore energy, Joanna (Margaret Qualley, Once Upon a Time In Hollywood) has dropped out of college to experience the romance of trying to make it as a writer in mid-90s New York City — but needs a gig to pay the bills. Without much fuss, she finds herself employed as an assistant at a small but prestigious literary agency whose wood-panelled walls are lined with portraits of former clients like Agatha Christie and F. Scott Fitzgerald, and where her duties include responding to letters sent to "Jerry" Salinger with a cold form letter — thanks, but no thanks — before running them through a shredder. In 1951 J.D. Here, that task falls to Joanna. These scenes could play as an ode to the timeless power of great fiction. Eric Clapton's song Layla was supposed to win back his love, but it delivered a place in rock 'n' roll history - ABC News. It was midsummer 1970 in Florida. 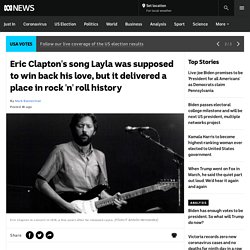 Eric Clapton looked out over the blue water knowing his life was at yet another crucial crossroad. "I was standing there wondering which way to go and was paralysed with fear about making a decision," he would later recount. "It seemed there were all these choices, musically and emotionally. " Fed up with stardom, he'd dismantled his supergroup Blind Faith and fled Britain with a drug habit, a broken heart and a crazy plan to make an album that would win back a lost love. The woman in question was Pattie Boyd. Untitled. Australian poetry projects, events and exhibitions by Australian writers. Poetry Object Learning Resources Open for submissions April 15 Register your school Commissioned poets Poems about special, curious & talismanic objects. 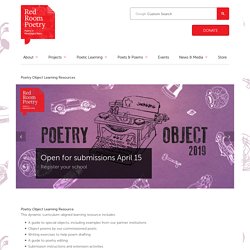 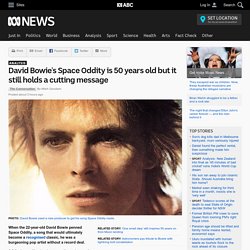 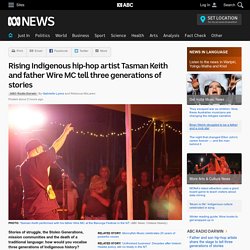 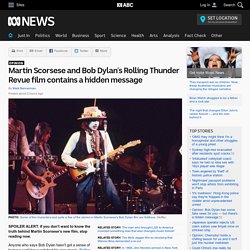 Anyone who says Bob Dylan hasn't got a sense of humour can't have watched his new movie, Rolling Thunder Revue, directed by Martin Scorsese. At the Sydney Film Festival audiences were laughing out loud at the characters, the storyline and the revelatory details contained in many of the scenes. The complicating factor in all this is very simple: some of the characters and quite a few of the stories are completely fictitious. What's God got to do with it? The religious upsurge in commercial hip-hop. Posted about 3 hours agoSat 8 Jun 2019, 10:45pm Since the first weekend of 2019, American rap artist Kanye West has led weekly Sunday Services — sometimes at his home, other times in the woods, and once at the Californian music festival Coachella. 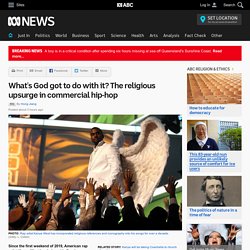 Judging by videos shared by celebrities in attendance, the gatherings are light on the sermons. Instead, they feature gospel-style renditions of West's songs, such as Jesus Walks, as well as actual gospel music, performed by a predominantly black choir. It's an interesting step for the Chicago-born musician, who has used the moniker "Yeezus" since 2013. VOCAB WEEK 1 Figurative Language, Sound Devices, and Literary Devices. 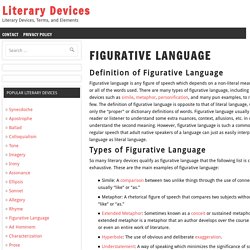 There are many types of figurative language, including literary devices such as simile, metaphor, personification, and many pun examples, to name just a few. The definition of figurative language is opposite to that of literal language, which involves only the “proper” or dictionary definitions of words. Figurative language usually requires the reader or listener to understand some extra nuances, context, allusions, etc. in order to understand the second meaning. Here's what made triple j's Hottest 100 top 10, including Ocean Alley's Confidence. Updated about 11 hours agoSun 27 Jan 2019, 12:53pm Sydney band Ocean Alley has won triple j's Hottest 100 countdown with their song Confidence. 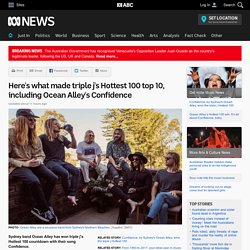 The Northern Beaches group fielded four songs in the countdown including two songs in the top 10, with Knees coming in at number 10. Ocean Alley's cover of Player's 1977 song Baby Come Back came in at number 16, and their track Happy Sad kicked off the countdown at number 100. Their win this year sees a return to an Australian artist winning the countdown after American rapper Kendrick Lamar took out the top spot last year with his song HUMBLE.. It also makes Confidence the 15th song from an Australian artist to win the Hottest 100 in the annual countdown's history. Peter Combe on Wash Your Face In Orange Juice and why you can't underestimate kids. As told to Dave May and Richard Mockler Updated about 6 hours agoSun 23 Sep 2018, 1:05am Peter Combe is best known for his wacky children's songs but he regularly performs to sell-out adult crowds. Combe spoke to ABC's Throwback, a new series that revisits the creatives and entertainers who shaped Australian childhoods.

Snoop, Dre, Cypress Hill: How hip hop went mainstream — and embraced weed — in the 1990s. Posted about 2 hours agoThu 20 Sep 2018, 9:30pm When you think of American music in the 1990s, many people would think of Seattle, guitars, and hair. Grunge grew out of the suburban garages of the Pacific north-west and went on to transform mainstream music, via bands like Pearl Jam and Nirvana. But that was the early 90s — and on the alternative charts. The story of pop music in the 90s, the stuff that was dominating the airwaves and television screens, is actually quite different. Could artificial intelligence help you write a hit song? Posted about 2 hours agoTue 4 Sep 2018, 9:07pm One common complaint about pop music is that it all sounds the same. The beats are generic, or the lyrics are cliched. Tracks lean on the same tropes: love won, love lost, proclamations of wealth and fame. There is some merit to this argument, says Michael Mauskapf, a musicologist and sociologist who teaches at Columbia Business School.

"So, to get into the [US] Hot 100, to be part of that popular subset, you need to sound pretty normal," Professor Mauskapf tells the ABC. He and a colleague, Noah Askin, did a study recently that tried to figure out what makes music successful. They did it by looking at data collated by Echo Nest, a company owned by Spotify, breaking down 27,000 songs that appeared in the US Hot 100 over the past 60 years by how fast they were, how danceable and how reliant on acoustic sounds, among other measures.

Teen slam poet Solli Raphael has a message for our politicians. Posted about an hour agoThu 30 Aug 2018, 6:48am Solli Raphael doesn't pull his punches. "I don't think politicians have a good grasp on the world around them, other than their world," he says. "I feel like I have a voice for my generation to be able to stand up for issues that will affect us in the future. " Solli isn't some ambitious young political staffer or think tank pundit. Instead, at just 13 he is officially Australia's champion slam poet, becoming the youngest ever winner at the national competition last year. Neil and Liam Finn on fatherhood, Fleetwood Mac and finally collaborating.

Updated 36 minutes agoTue 28 Aug 2018, 7:05am Liam Finn, quite understandably, spent a lot of time around musicians when he was growing up. "Being in a band and making music does keep people young in spirit," the musician says. "So, I grew up with a lot of big kids who were very funny. And watching Dad make music, and seeing people enjoy it, looked like an amazing thing to do. " The Kiwi solo artist and multi-instrumentalist — who has released several records under his own name and with his old band Betchadupa — has cause to think about the kind of upbringing he was afforded as one of two sons of Neil Finn, the Crowded House frontman. That's because he now has a son of his own, Buddy, who is almost two, with wife Janina Percival, and has noticed the newest Finn's interest in music.

"Instruments are like toys," Liam says. Musician empowers women in fight against sexism and domestic violence through song. African-Australian rapper KUDZAI takes aim at gang stereotypes. Aretha Franklin: Grief and the politics of loss in Donald Trump's America - Donald Trump's America. The influence of black American music on Australian Indigenous musicians - RN. Updated about 11 hours agoSat 21 Jul 2018, 1:29am When Indigenous jazz and blues singer Georgia Lee approached the microphone to sing Strange Fruit at the Sydney Town Hall in 1948, she was uncharacteristically nervous. The song, about the lynchings of black men in the American Deep South, was first performed in public by Billie Holiday in New York's Greenwich Village nine years earlier. Lil' Kim, Lil Wayne, Lil Xan — why hip hop is all about the lil artists, and what it means. From stolen child to Indigenous leader: Archie Roach sings the songs that signpost his life - RN.

Tasos Frantzolas: Everything you hear on film is a lie. Multimode All one race poem analysis by Pia Mulligan on Prezi. Suicide in the Trenches - poem by S. Sassoon. Structure/Rhyme - Suicide in the Trenches. What caused the French Revolution? - Tom Mullaney. The Shearers' Cooks: How Dick and Cheryl Duggan keep a team of sheep shearers well fed. Of Halloween - Halloween. Poems by poetic form. Stew: "Black Men Ski" James Geary: Metaphorically speaking. Natalie Merchant: Singing old poems to life. Sarah Kay: If I should have a daughter ... Carvens Lissaint: "Put the financial aid in the bag" Shane Koyczan: To This Day ... for the bullied and beautiful. Lemon Andersen: Please don't take my Air Jordans. Malcolm London: “High School Training Ground”