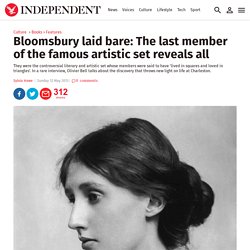 And 50 since her sister Vanessa Bell put away her paints. In 1941, Virginia filled her pockets with stones and walked out into the River Ouse, never to return. Vanessa died peacefully 20 years later, aged 81, after a bout of bronchitis. But the Bloomsbury Group – of which the sisters were among the leading lights – remains with us, its focus on personal relationships, ideas and aesthetics as appealing today as ever. Charleston, the house in Sussex which became the country quarters of many of its members, is now a world-famous and much-visited museum. But it isn't all tittle-tattle: much of the intellectual clique's artistic, political, philosophical and literary output remains widely respected today, while this summer the British Library is publishing – to no little excitement – possibly the last pieces of Woolf's unpublished work.

It was 1916 when Charleston first became a focal point for the Group. Bloomsbury at Berwick Home. This part of our benefice website contains details and on-line galleries of all the murals and paintings at Berwick - including pictures of the artists at work and their preliminary sketches and models. 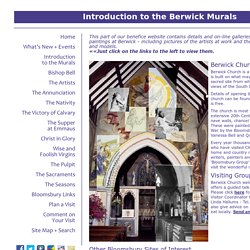 ««Just click on the links to the left to view them. Berwick Church is a Grade 1 listed building. It is built on what may well be a pre-Christian sacred site from which there are magnificent views of the South Downs. Details of opening times and of how to find the church can be found here. Entry to the church is free. The church is most well known for the extensive 20th Century murals which cover the nave walls, chancel arch, screen and pulpit. Penguin Readers' Group - Penguin Books. Project Gutenberg Australia. Fiction. Times Books. About The Times Book Club Every week different Times writers will deliver their verdicts on the title under discussion. 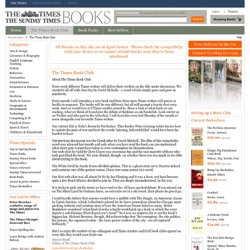 We started it all off with One Day by David Nicholls - a novel which simply grew and grew in popularity. Every month I will introduce a new book and then three more Times writers will praise or heckle in response. The books will be very different, but all will prompt a hearty chat every week. And we would love it if Times readers joined in. Our current title is Toby's Room by Pat Barker. Our previous discussion was for Cloud Atlas by David Mitchell. Our web-chat for Gold by Chris Cleave was enormous fun and the vast majority of those who took part liked the book. The White Devil by Justin Evans divided opinion. Our first web-chat was all about Dr No by Ian Fleming and it was a hoot, not least because quite a few Bond villains decided to join in.

It is tricky to pick out the treats we have read so far; all have sparked debate. May's reading group: The Great Gatsby. The Great Gatsby, it's safe to say, is a very good book. 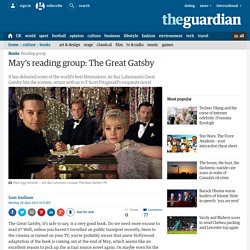 Do we need more excuse to read it? Well, unless you haven't travelled on public transport recently, been to the cinema or turned on your TV, you're probably aware that anew Hollywood adaptation of the book is coming out at the end of May, which seems like an excellent reason to pick up the actual source novel again. Or maybe even for the first time, if you're one of those people lucky enough to still have in store the joy of first visiting West Egg, to first read on after those intriguing opening lines: "In my younger and more vulnerable years my father gave me some advice that I've been turning over in my mind ever since. " "More vulnerable"? Choose a DH Lawrence novel for the reading group.

It is 100 years this week since Sons and Lovers was first published, as Blake Morrison has just reminded us in an excellent essay, which makes for a very appropriate moment to consider his work in the reading group. 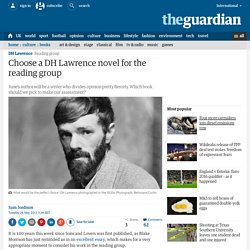 That piece starts with DH Lawrence's review of his own book: "I tell you I've written a great book," DH Lawrence informed his publisher Edward Garnett, after sending him the manuscript of Sons and Lovers in November 1912. "Read my novel – it's a great novel. " Blake Morrison agrees that its great.