A Tiny Sense Of Accomplishment ® Sherman and Jess are live at the Bumbershoot Festival in Seattle, Washington. 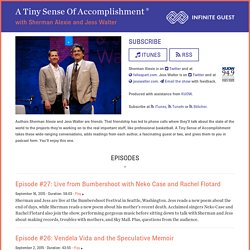 Bones6.pdf. Voyelles (Vowels) by Arthur Rimbaud. Dive In! Forum. Quote by Eugenio Montejo: “The earth turned to bring us closer, it spun on...” Earth-turned-to-bring-us-closer. 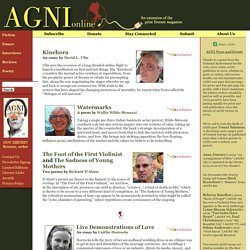 Ulin Ulin uses the occasion of a long-dreaded airline flight to launch a meditation on first and last things. List of literary magazines. IndieFeed: Performance Poetry. Poetic reviews. El Desdichado. Iasj. Images of Life and Death in Bavarian Gentians. Images of Life and Death in Bavarian Gentians As the last few days of summer fade away, and September's end brings promises of a cold, sad autumn, the feast of Michaelmas has come and gone, and one can not help but be reminded of D. 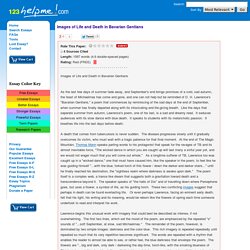 H. Lawrence's "Bavarian Gentians," a poem that commences by reminiscing of the sad days at the end of September, when summer has finally departed along with its intoxicating and life-giving breath. Like the days that separate summer from autumn, Lawrence's poem, one of his last, is a sad and dreamy read. It seduces audiences with its slow dance with blue death. A death that comes from tuberculosis is never sudden. 15 Black Women Poets Everyone Should Know. As National Poetry Month comes to a close, we're celebrating these Black women poets who have changed us with their work. 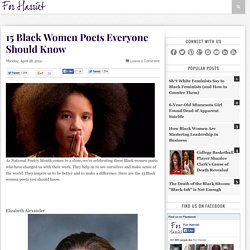 They help us to see ourselves and make sense of the world. They inspire us to be better and to make a difference. Here are the 15 Black women poets you should know. Guest Presenters — The Writing Ranch. Upcoming Workshops — The Writing Ranch. Beat the Winter Blahs at Writing Down the Baja February 22-March 1, 2015 Baja's longest-running workshop for writers is held in the beachfront Posada Serendipity, a Hacienda-style boutique hotel, 1.5 miles from the center of Todos Santos, BCS, Mexico., Emerging and experienced writers - come celebrate the sixth year of Writing Ranch retreats held in the pueblo magico of Todos Santos and give yourself the gift of time to focus on your own writing, inspired by the wind in the palms and the crash of the waves. 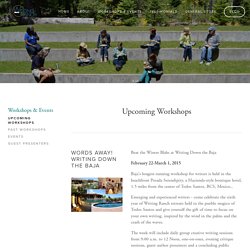 The week will include daily group creative writing sessions from 9:00 a.m. to 12 Noon, one-on-ones, evening critique sessions, guest author presenters and a concluding public reading in Todos Santos. Guide to Verse Forms - Englyn. The englyn is a Welsh verse form, and a difficult one. 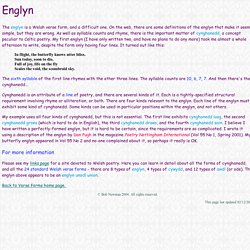 On the web, there are some definitions of the englyn that make it seem simple, but they are wrong. As well as syllable counts and rhyme, there is the important matter of cynghanedd, a concept peculiar to Celtic poetry. My first englyn (I have only written two, and have no plans to do any more) took me almost a whole afternoon to write, despite the form only having four lines. The California Journal of Poetics — Poetics, delivered. Englyn. Types of englynion[edit] There are a number of types of englynion. 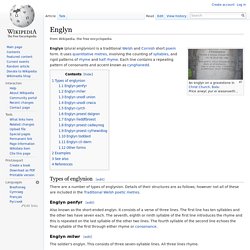 Details of their structures are as follows; however not all of these are included in the Traditional Welsh poetic metres. Englyn penfyr[edit] Also known as the short-ended englyn. Kenning. They usually consist of two words, and are often hyphenated. 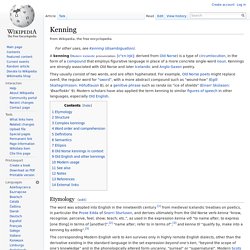 For example, Old Norse poets might replace sverð, the regular word for “sword”, with a more abstract compound such as “wound-hoe” (Egill Skallagrímsson: Höfuðlausn 8), or a genitive phrase such as randa íss “ice of shields” (Einarr Skúlason: ‘Øxarflokkr’ 9). Modern scholars have also applied the term kenning to similar figures of speech in other languages, especially Old English. 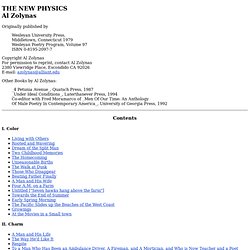 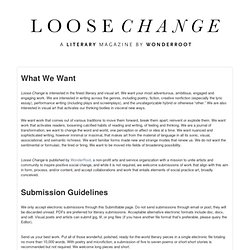 We want your most adventurous, ambitious, engaged and engaging work. We are interested in writing across the genres, including poetry, fiction, creative nonfiction (especially the lyric essay), performance writing (including plays and screenplays), and the uncategorizable hybrid or otherwise “other.” We are also interested in visual art that activates our thinking bodies in visceral new ways. Wild Light Contest « Los Angeles Review Los Angeles Review. Red Hen Press and The Los Angeles Review are pleased to announce the second annual Wild Light contest. A prize of $1,000 and publication in The Los Angeles Review are given annually for an exceptional poem. Brendan Constantine is the final judge. Complete Guidelines: • Submissions for the Wild Light Prize are accepted via Submittable only for $25 USD. Oregon Poetry Association. CONTEST WINNERS: Spring 2014 || Fall 2013 || Spring 2013 || 2011 & 2012 Oregon Poetry Association Fall 2014 Poetry Contest Deadline: September 1, 2014.