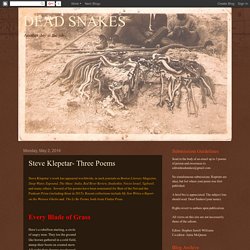 Several of his poems have been nominated for Best of the Net and the Pushcart Prize (including three in 2015). Recent collections include My Son Writes a Report on the Warsaw Ghetto and The Li Bo Poems, both from Flutter Press. Here’s a rebellion starting, a circle of angry men. They toe the ground like horses gathered in a cold field, stamp their boots on crusted snow. All night their dreams are plagued by darting crows. In the cellar, a dog moans outside a cottage made of stone.

Rises from someone’s phone, a lament about a brother dead, two women with their black hair hanging in a curtain of grief. To moonlight and a clatter of plates: wives and girlfriends cooking, serving food. Behind every blade of grass.” Another pulls his fleece tight around his chest and coughs, air heavy with dust. Glass. Prose-fusion poetry dedicated to the Renaissance Revolution of the Phoenix Generation. Stirring Within Poems and Tales From Mount Carmel by G Emil Reutter Book Preview.

Gemilreutter. About g emil reutter. A writer of poems and stories, g emil reutter was born in Bristol, Pa., raised in Levittown,Pa.and has lived most of his life in of Philadelphia, Pa. 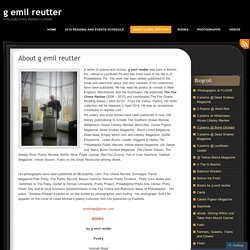 His work has been widely published in the small and electronic press and nine volumes of his collections have been published. He has read his poetry at venues in New England, Mid-Atlantic and the Southwest. He published The Fox Chase Review (2008 – 2015) and coordinated The Fox Chase Reading Series ( 2007-2015) . From the Valley- Poems, his tenth collection will be released in April 2016..He was an occasional contributor to nephilly.com His photographs have been published at NEastphilly .com, Fox Chase Review, Schnapps Travel Magazine,Plan Philly, The Public Record, Mezzo Cammin Women Poets Timeline, Philly Love Notes and exhibited at The Paley Center at Temple University- Poets Project, Philadelphia Photo Arts Center- Philly Photo Day and at local business establishments in the Fox Chase and Burholme areas of Philadelphia. . 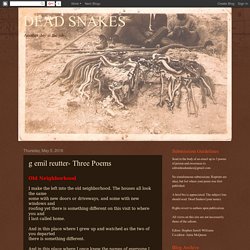 The houses all look the same some with new doors or driveways, and some with new windows and roofing yet there is something different on this visit to where you and I last called home. And in this place where I grew up and watched as the two of you departed there is something different. And in this place where I once knew the names of everyone I realize I know no one. And as I drive the neighborhood past your old home, past the old ball fields that are now overgrown. And as I look out upon the greenbelt and the woods of Frosty Hollow the once familiar is unfamiliar.

And in this place that memories live inside of me I know for the first time I am not from here anymore. In Rhythm with You. DEAD SNAKES: Douglas Polk- Three Poems. A Lit & Art Magazine Publishing a Diverse Collection of New & Established Writers & Artists everywhere [for the THRIVE ART CREATIVE] Entropy. Prose-fusion poetry dedicated to the Renaissance Revolution of the Phoenix Generation.

Surrounded by Jew-Haters by John Banville. For Two Thousand Years by Mihail Sebastian, translated from the Romanian by Philip Ó Ceallaigh London: Penguin, 231 pp., £9.99 (paper) In his Journal 1935–44, Mihail Sebastian, lawyer, journalist, novelist, playwright, left a profound and moving record of some of the most terrible years in the history of Europe. 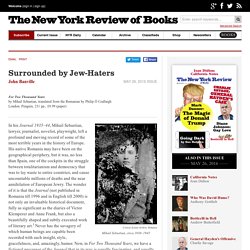 His native Romania may have been on the geographical periphery, but it was, no less than Spain, one of the cockpits in the struggle between totalitarianism and democracy that was to lay waste to entire countries, and cause uncountable millions of deaths and the near annihilation of European Jewry. Mihail Sebastian was the pen name of Iosif Mendel Hechter. In that fevered year of 1934, with Hitler established as German chancellor and Spain stumbling toward civil war, Sebastian published For Two Thousand Years.

It is an assimilationist illusion, it is the illusion of so many Jews who sincerely believe that they are Romanian…. “They never give me anything,” he said, disheartened. DEAD SNAKES: Scott Thomas Outlar- Three Poems. Kill the Lights They said the Revolution will not be televised so these rioters destroying their community must not represent the future and these rallies put on by politicians must not hold. 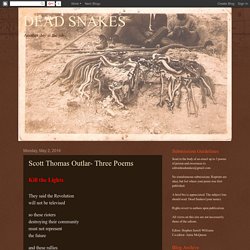