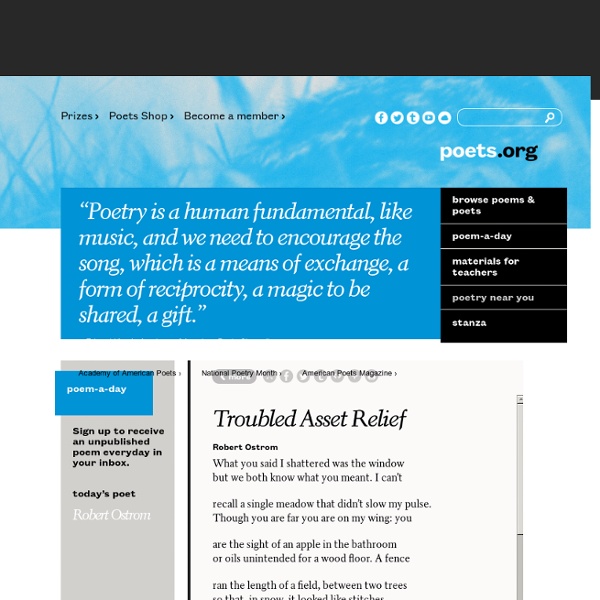 Hampton Roads Writers -- Eric Webb Eric M. R. Webb spent four years in the United States Marine Corps, and about half of his poetry addresses that time spent on active duty, while the other half addresses a wide variety of subjects, from the love of live jazz to the frazzled leaf that rolled by him on a sidewalk one fall. Eric is currently a full-time student at Virginia Wesleyan College, where he is pursuing a Bachelor’s degree in English with an expected graduation of May, 2010. Eric is Co-Editor of The Outlet, VWC’s student literary magazine, for 2008-09 and 2009-10, and is striving to create a continuing legacy of excellence for the publication at the school.

This Is Your Brain on Metaphors The Stone is a forum for contemporary philosophers and other thinkers on issues both timely and timeless. Despite rumors to the contrary, there are many ways in which the human brain isn’t all that fancy. Let’s compare it to the nervous system of a fruit fly. Both are made up of cells, of course, with neurons playing particularly important roles. Now one might expect that a neuron from a human will differ dramatically from one from a fly. We study hard to get admitted to a top college to get a good job to get into the nursing home of our choice. But no. Erin Schell Neuroscientists understand the structural bases of some of these qualities. There’s another domain of unique human skills, and neuroscientists are learning a bit about how the brain pulls it off. Consider the following from J. Anxiety is secretive. Or: Compassion speaks with a slight accent. What is Gendler going on about? Symbols, metaphors, analogies, parables, synecdoche, figures of speech: we understand them.

Welcome to Squiby 10 More Common Faults in Human Thought Humans This list is a follow up to Top 10 Common Faults in Human Thought. Thanks for everyone’s comments and feedback; you have inspired this second list! It is amazing that with all these biases, people are able to actually have a rational thought every now and then. The confirmation bias is the tendency to look for or interpret information in a way that confirms beliefs. The Availability heuristic is gauging what is more likely based on vivid memories. Illusion of Control is the tendency for individuals to believe they can control or at least influence outcomes that they clearly have no influence on. Interesting Fact: when playing craps in a casino, people will throw the dice hard when they need a high number and soft when they need a low number. The Planning fallacy is the tendency to underestimate the time needed to complete tasks. Interesting Fact: “Realistic pessimism” is a phenomenon where depressed or overly pessimistic people more accurately predict task completion estimations.

Neuroscience of free will Neuroscience of free will is the part of neurophilosophy that studies the interconnections between free will and neuroscience. As it has become possible to study the living brain, researchers have begun to watch decision making processes at work. Findings could carry implications for our sense of agency and for moral responsibility and the role of consciousness in general.[1][2][3] Relevant findings include the pioneering study by Benjamin Libet and its subsequent redesigns; these studies were able to detect activity related to a decision to move, and the activity appears to begin briefly before people become conscious of it.[4] Other studies try to predict activity before overt action occurs.[5] Taken together, these various findings show that at least some actions - like moving a finger - are initiated unconsciously at first, and enter consciousness afterward.[6] A monk meditates. Overview[edit] -Patrick Haggard[6] discussing an in-depth experiment by Itzhak Fried[13] Criticisms[edit]