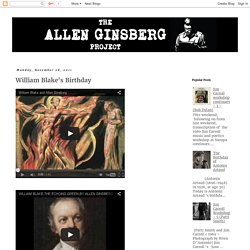 Potrà questa bellezza rovesciare il mondo? Ferlinghetti on Ginsberg & Blake et al. A Poet Unlike Any Other by Hermione Lee. All the Poems. 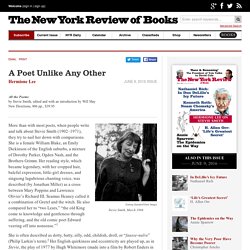 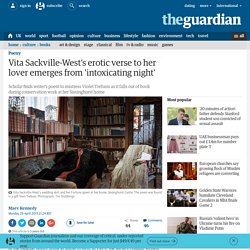 But as a poem going on display this week for the first time makes clear, there was more to the marriage than a conventional fairytale romance. DN! Guests Juan Felipe Herrera first Latino to be named U.S. poet laureate. 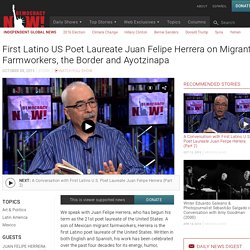 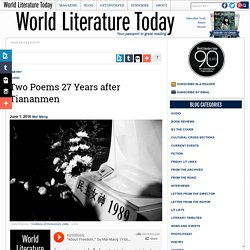 An Illustrated Guide to Ginsberg's Delightful Poem on Walt Whitman. Whenever I think of Whitman — the king of American poetry, the self-publisher, the war-time nurse, and the singer of songs of himself — I think of an English professor I had as a freshman at a Quaker school in North Carolina. 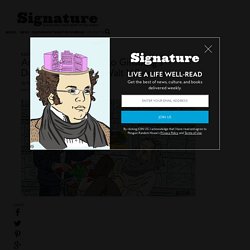 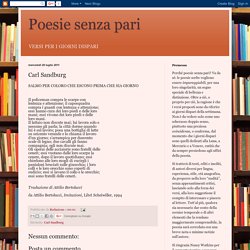 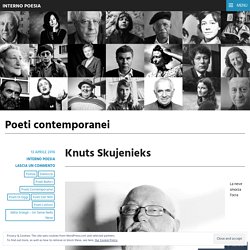 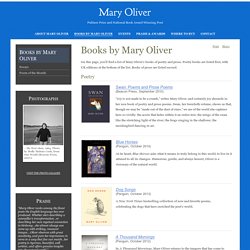 Poetry books are listed first, with UK editions at the bottom of the list. Books of prose are listed second. Poetry Swan: Poems and Prose Poems (Beacon Press, September 2010) “Joy is not made to be a crumb,” writes Mary Oliver, and certainly joy abounds in her new book of poetry and prose poems. Blue Horses (Penguin, October 2014) At its heart, Blue Horses asks what it means to truly belong to this world, to live in it attuned to all its changes. Dog Songs (Penguin, October 2013) A New York Times bestselling collection of new and favorite poems, celebrating the dogs that have enriched the poet’s world. Italian Mother Syndrome: Poet Mary Oliver (and my friend Chuck) on wonder. MYSTERIES, YESby Mary Oliver from Evidence (Beacon Press)Truly, we live with mysteries too marvelous to be understood.How grass can be nourishing in the mouths of the lambs. 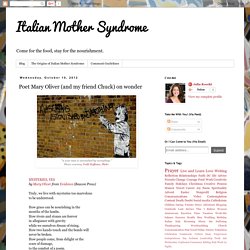 How rivers and stones are forever in allegiance with gravity while we ourselves dream of rising. How two hands touch and the bonds will never be broken. Italian Mother Syndrome: The Origins of Italian Mother Syndrome. Italian Mother Syndrome, more commonly known as IMS. To my knowledge, I am one of the only young women out there afflicted with this rare, untreatable disease. I was diagnosed with IMS as early as high school. Symptoms included doorway-wide hips, a moustache like my mother's, and my persistent clarion call of "Eat something!!!

" My friends started to suspect something was amiss when I kept getting cast as mothers, old women, and tough broads in school theatrical productions. Thank God they were paying attention--I thought all young women with any sense acted this way. In the years since, I've slowly come to accept my situation. But when all is said and done, IMS isn't such a bad thing to have. Mary Oliver. Mary Oliver - Sedendo quietamente. Who made the world? Who made the swan, and the black bear? Mary Oliver: poesie – traduzione di Federica Galetto. ..The Swan Did you too see it, drifting, all night, on the black river? Did you see it in the morning, rising into the silvery air – An armful of white blossoms, A perfect commotion of silk and linen as it leaned into the bondage of its wings; a snowbank, a bank of lilies, Biting the air with its black beak? Did you hear it, fluting and whistling A shrill dark music – like the rain pelting the trees – like a waterfall Knifing down the black ledges?