A Nest of Quiet: A Notebook by Anna Kamienska. I now exist on the principle of shortsightedness, which demands enhanced attention to the moment. 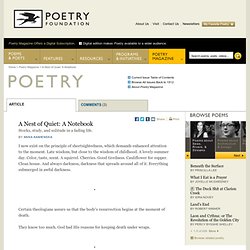 Late wisdom, but close to the wisdom of childhood. A lovely summer day. Color, taste, scent. A squirrel. Cherries. Certain theologians assure us that the body’s resurrection begins at the moment of death. They know too much. Inscriptions at the cemetery in Kurozweki: God seesTime fleesDeath at the gatesEternity waits1861 Grant them restThey labored greatlySo the Last DayMight wake them brightly.1929 The inscription rings with a poetry much older than its date. I escape into sleep. For awhile now my calendar’s been swarming with meetings and visits, not work.

Internal conversations in the Gospels. —“Do you really believe that Christ sits locked in the tabernacle of that little church?” I’ve learned to value failed conversations, missed connections, confusions. Poems - If. Patricia Lockwood, "Rape Joke" The rape joke is that you were 19 years old. 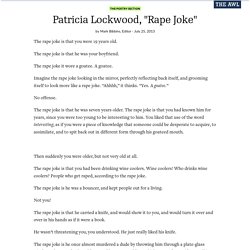 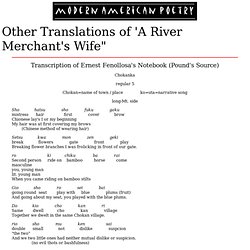 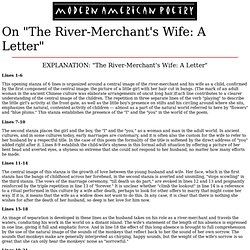 (The mark of an adult woman in the ancient Chinese culture was elaborate arrangements of uncut long hair.)Each line contributes to a clearer understanding of the central image of the children. The repetition in three separate lines of the verb "playing" to describe the little girl's activity at the front gate, as well as the little boy's presence on stilts and his circling around where she sits, emphasizes the natural, contented activity of children — almost as a part of the natural world referred to here by "flowers" and "blue plums.