Imagining the Tenth Dimension part 1 of 2 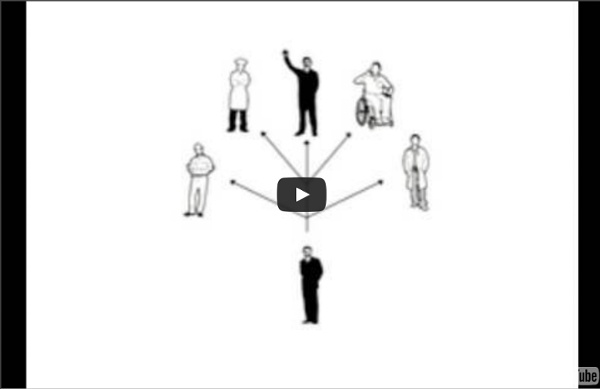 How Do Human Beings Perceive Reality and What Does it Matter? We are an infant race of seven billion separated by different belief systems of how the planet operates. Imagine a race united in their knowing rather than divided by their belief systems. At the same time we all perceive our physical reality to be the same. By simply perceiving ‘how the world is’, we are simultaneously creating it. An Idiot's Guide to Teleportation » SciFi Ideas / SciFi Ideas With contributor Harel Dor recently sharing with SciFi Ideas a story idea that makes full use of teleportation technology – Meet the Beamies – I thought it was high time we discussed teleportation in detail. Teleportation is one of science fiction’s most fascinating and useful ideas, being both a cool gadget and a clever narrative device; however, with lots of talk about quantum entanglement, ideas about how teleportation might actually be achieved can also be very complex. To help you understand what the science geeks are talking about and dispel some of the myths about the reality of teleportation, here’s an idiot’s guide to what this word actually means. Is Teleportation Possible? Teleportation is impossible.

Dreaming of Electric Sheep A direct link to the above video is at "Life is but a dream" - English Nursery Rhyme, Row, Row, Row Your Boat Ever hear of electricsheep.org? Let me quote from the website: Electric Sheep is a free, open source screen saver created by Scott Draves. It's run by thousands of people all over the world, and can be installed on any ordinary PC or Mac. 'Space Chronicles': Why Exploring Space Still Matters After decades of global dominance, America's space shuttle program ended last summer while countries like Russia, China and India continue to advance their programs. But astrophysicist Neil deGrasse Tyson, author of the new book Space Chronicles: Facing the Ultimate Frontier, says America's space program is at a critical moment. He thinks it's time for America to invest heavily in space exploration and research. "Space exploration is a force of nature unto itself that no other force in society can rival," Tyson tells NPR's David Greene.

Physicists Prove Classical Music Inhabits Separate Realm, Inaccessible To Humans GENEVA—Physicists affiliated with the European Organization for Nuclear Research (CERN) released a report Wednesday revealing that classical music exists in a field of reality entirely removed from the four-dimensional spacetime inhabited by human beings. Scientists were performing a routine search for fifth-dimensional activity using the Large Hadron Collider, the immense particle accelerator famous for proving the existence of the Higgs Boson, when they came across the entire corpus of Western classical music from 9th-century plainchant to Nico Muhly. According to the report, the innumerable works making up this body of repertoire exist in a continuum that resides just beyond the limits of human perception.

World’s First Perpetual Motion Machine? Can this machine operate forever? Since at least the 12th century, man has sought to create a perpetual motion machine; a device that would continue working indefinitely without any external source of energy. A large scientific contingent thinks such a device would violate the laws of thermodynamics, and is thus impossible. Tenth Dimension Polls Archive 23 A direct link to the above video is at Poll 23 - "Why is it impossible to exceed the speed of light? Because our universe is being created one planck length at a time, at the speed of light." Poll ended September 20th, 2008. 66% agreed while the rest disagreed.

Georges Lemaître Monseigneur Georges Henri Joseph Édouard Lemaître, (French: [ʒɔʁʒə ləmɛtʁ] ( ); 17 July 1894 – 20 June 1966) was a Belgian Roman Catholic priest, astronomer and professor of physics at the Université catholique de Louvain.[1] He was the first known academic to propose the theory of the expansion of the Universe, widely misattributed to Edwin Hubble.[2][3] He was also the first to derive what is now known as Hubble's law and made the first estimation of what is now called the Hubble constant, which he published in 1927, two years before Hubble's article.[4][5][6][7] Lemaître also proposed what became known as the Big Bang theory of the origin of the Universe, which he called his 'hypothesis of the primeval atom or the "Cosmic Egg".[8] Biography[edit]

New Research Proves Humans Have A Magnetic Sixth Sense Everything in this universe is fundamentally made of energy. The atoms that make up physicality, at the core, are vibrating geometries that are energetic structures. So is it possible to detect electromagnetic fields around the Earth? Physicists Achieve Quantum Teleportation of Photon Over 25 Kilometers For the first time, a team of physicists have successfully teleported a quantum state of a photon to a crystal over 25 kilometers away through a fiber optic cable. This effectively showed that the photon’s quantum state, not its composition, is important to the teleportation process. The team was led by Nicolas Gisin of the University of Geneva and the results were published in the journal Nature Photonics.

Mandelbrot set Initial image of a Mandelbrot set zoom sequence with a continuously colored environment Mandelbrot animation based on a static number of iterations per pixel remains bounded.[1] That is, a complex number c is part of the Mandelbrot set if, when starting with z0 = 0 and applying the iteration repeatedly, the absolute value of zn remains bounded however large n gets. For example, letting c = 1 gives the sequence 0, 1, 2, 5, 26,…, which tends to infinity. As this sequence is unbounded, 1 is not an element of the Mandelbrot set. New Study: Smart People More Likely to Use Drugs I have a feeling they won’t be mentioning this in DARE class. A new British study finds children with high IQs are more likely to use drugs as adults than people who score low on IQ tests as children. The data come from the 1970 British Cohort Study, which has been following thousands of people over decades.

What It Means To ‘Sense’ A Situation Vs Just Thinking About It – Collective Evolution We're creating a positive news network. We need your help. This article focuses on the difference between sensing rather than thinking about or understanding messages in our lives. What difference does it make if we meet a person and sense what the person says instead of understanding it? Will we perceive the message differently? Hawking Radiation Recreated In A Laboratory A researcher claims to have produced a simulation of Hawking radiation, which if true will give physicists the chance to test one of Stephen Hawking's most significant predictions. In 1974, Hawking upended ideas about black holes with his theory that just outside the event horizon, particle-antiparticle pairs should appear as a result of the black hole's gravitational field. One of these would be drawn into the hole, but the other escape.