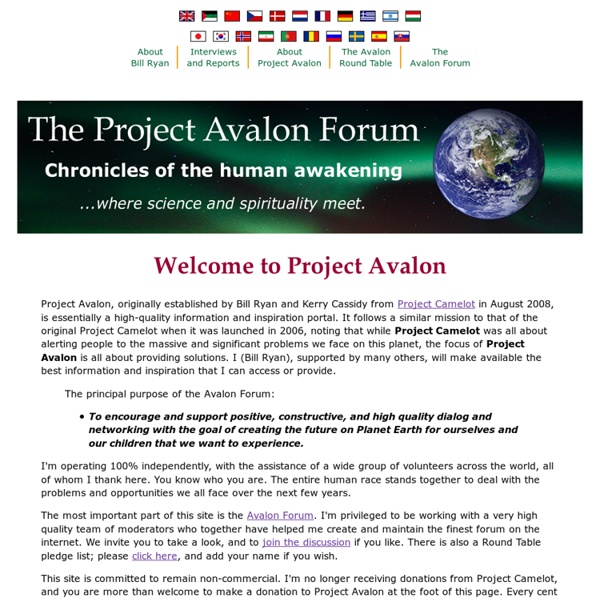 Amazing! Scientists: Our DNA is Mutating As We Speak! We Are Developing 12 Strands! A microscopic image of human chromosomes. Little Alfie Clamp has an 'extra arm' on one of his, in what is believed to be a world first.His condition left Alfie unable to see until he was three months old and his muscles were so weak he could not roll over on his own. He still suffers serious digestive problems and needs a cocktail of drugs every day to help his body absorb vital nutrients. He also suffers fits which sparked by high temperatures and metabolic problems stop him from eating or drinking.

The Oracle and the Smoking Mirror Tezcatlipoca, the god of the Smoking Mirror of ancient Mexico, wore an obsidian mirror on his chest that reflected the true nature of anyone looking into it. Those who could not gaze at their reflection without averting their eyes lost their lives. Those who could look into the Smoking Mirror without flinching, however, would have their wish fulfilled. The 48 Laws of Power Background[edit] Greene initially formulated some of the ideas in The 48 Laws of Power while working as a writer in Hollywood and concluding that today's power elite shared similar traits with powerful figures throughout history.[5] In 1995, Greene worked as a writer at Fabrica, an art and media school, and met a book packager named Joost Elffers.[4][8] Greene pitched a book about power to Elffers and six months later, Elffers requested that Greene write a treatment.[4] Although Greene was unhappy in his current job, he was comfortable and saw the time needed to write a proper book proposal as too risky.[10] However, at the time Greene was rereading his favorite biography about Julius Caesar and took inspiration from Caesar's decision to cross the Rubicon River and fight Pompey, thus inciting the Great Roman Civil War.[10] Greene would follow Caesar's example and write the treatment, which later became The 48 Laws of Power.[10] He would note this as the turning point of his life.[10]

Underground Bases, Child and Human Abductions, Kidnappings and More Underground Bases, Missing Children and Extra-Terrestrials What You Need to Know for Your Future By James Casbolt, former MI6 agent – July 4, 2006 After the completion of my last article ‘MI6 are the lords of the global drug trade’ I must now present the full picture as to what the intelligence community drug trafficking money is being used for. I need to do this for many reasons. The truth must come out and I need to protect my family and myself.

Author: ET council seeded Homo sapiens as intelligent beings with 12-strand DNA Adam's Calendar - 280,000 year-old site of Annunaki intervention in human society, including DNA degradation (Michael Tellinger) by Alfred Lambremont Webre, JD, MEd In an exclusive interview of author Patricia Cori by Alfred Lambremont Webre released May 4, 2011, Ms. Cori states that a consortium of advanced intelligent upper-dimensional extraterrestrial and inter-dimensional civilizations originally developed Homo sapiens as an intelligent being with12-strand DNA, and a species that was to have been a guardian of the 3rd dimension of time-space in our dimensional ecology on Earth. View ExopoliticsTV interview with author Patricia Cori on Homo sapiens as ET consortium creation Readers can view the exclusive ExopoliticsTV interview with Patricia Cori in the video embedded in the article above or at the URL below.

Cabal begins peace negotiations, detailed discussions begin – June 4, 2012 The cabal that illegally seized power in the Western world and attempted to set up a fascist world dictatorship known as the New World Order is trying to negotiate a peaceful transition to a saner planet. Although there is much we cannot discuss in order not to endanger ongoing negotiations, the talks are focusing on how to smoothly carry out a transition away from fossil fuels and nuclear energy and how to arrange a harmonious rapport between East, West, North and South. It is not clear, however, if the families that own the US Federal Reserve Board are acting too late and offering too little to prevent a revolution against their secret government.

Hemp Other variants of the herb Cannabis sativa are widely used as a drug, commonly known as marijuana. These variants are typically low growing and have higher content of tetrahydrocannabinol (THC). The legality of Cannabis varies widely from country to country, and from state to state in the United States. In many countries regulatory limits for concentrations of psychoactive drug compounds, particularly THC, in hemp require the use of strains of the plant which are bred for low content.[1] Uses[edit] Caves discovered under the pyramids raise excitement, questions. As an "all Egyptian" archaeological team moves in to find answers we hope they will reveal what's really there. Something extremely strange is happening in Giza, both under the pyramids and in the office of Dr. Hawass. Even skeptics of the "Hall of Records" from Atlantis are now forced to admit that something big is being hidden. It's the perfect set of circumstances for conspiracy theorists. In August of 2008 a system of caves was discovered under the pyramids.

Pyramids Of Glass Submerged In The Bermuda Triangle BeforeItsNews | These strange underwater pyramid structures at a depth of two thousand meters were identified with the help of a sonar according to oceanographer Dr. Verlag Meyer. Studies of other structures like Yonaguni in modern day Japan have allowed scientists to determine that the two giant pyramids, apparently made of something like a thick glass, are really impressive – each of them is larger than the pyramid of Cheops in Egypt. Buddhist ‘Iron Man’ found by Nazis is from space A Buddhist statue brought to Germany from Tibet by a Nazi-backed expedition has been confirmed as having an extraterrestrial origin. Known as the ‘iron man’, the 24-centimetre-high sculpture may represent the god Vaiśravaṇa and was likely created from a piece of the Chinga meteorite that was strewn across the border region between Russia and Mongolia between 10,000 and 20,000 years ago, according to Elmar Buchner, of the University of Stuttgart in Germany, and his colleagues. In a paper published in Metoritics and Planetary Science, the team reports their analysis of the iron, nickel, cobalt and trace elements of a sample from the statue, as well as its structure. They found that the geochemistry of the artefact is a match for values known from fragments of the Chinga meteorite.

Huge Spirals Found on Mars—Evidence of New Lava Type? Athabasca Valles is a region of flow channels and valleys covered with terrain plates, structures that show clear evidence of something fracturing and drifting across the planet's surface millions of years ago. Scientists have been divided, however, as to whether the plates were made by the hardening of a massive lava flow or by icy "rafts"—much like Arctic pack ice—from an ancient inland sea. (Related: "Lava, Not Water, Made Mars 'Riverbed.'" ) Now, high-resolution pictures of Athabasca Valles from NASA's Mars Reconnaissance Orbiter have revealed 269 coils up to a hundred feet (30 meters) wide. "There are no known mechanisms to naturally produce spiral patterns in ice-rich environments on the scale and frequency observed in our study area," study authors Andrew Ryan and Philip Christensen write in a new paper in this week's issue of the journal

Suppressed Scientific Evidence Proves Free Energy Source Dating Back 25,000 Years Michael Forrester, Prevent DiseaseWaking Times A monumental discovery with four years of comprehensive geo-archaeological research has failed to reach mainstream audiences for some reason. The most active pyramid site in the world dating the pyramid complex back 25,000 years has also released scientific evidence supporting the theory that the pyramids were used as an energy source. The recent study reveals energy beams transmitting electromagnetic signals unexplainable by our science in what is now documented as the largest Pyramid complex in the world. Overwhelming evidence, supported by scientific research from all over the archaeological community proves that our recorded history is wrong concerning ancient cultures, which in turn changes religion, science and academics.