Landshare - connecting growers to people with land to share. 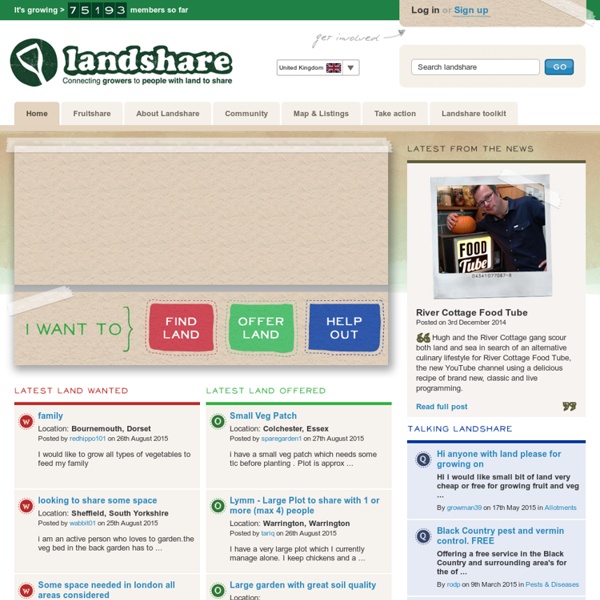 mancunian green: Boon - or Bobbins? As the banking crisis continues, alternative or complementary currencies are back on the agenda, as evidenced by George Monbiot's last piece in the Guardian , and a feature on Lewes Pounds on BBC's radio 4 in the last couple of days. The idea of an alternative currency is not new, and back around 15-20 years ago, LETS schems (Local Exchange Trading Systems)were seen as a key part of the move to a sustainable society and there were close links between Green party activists and LETS schemes in various places around the country. The scheme in Manchester used a currency called 'bobbins' after the cotton industry and for a while local Green Party membership could be paid for in bobbins, though hardly anybody ever did.

consuption colaborative <div class='alert alert--flash alert--warning'><div class='container'><h2 class='h9'>You have JavaScript disabled</h2> For the best experience, please turn JavaScript on. <a href=' how</a></div></div> consuption colaborative PowToon - Brings Awesomeness to Your Presentations Embed code Select a size, the embed code changes based on your selection. _abc Powtoon Transcript TECHNOLOGY IN ARGENTINA Does Argentina provide technology for their schools? TECHNOLOGY? One netbook is given to each student* by a project called Conectar Igualdad. re:farm the city I will share here a low cost solution for the recycling of organic waste, appropriate for apartments and urban housing that do not have a piece of land or an outdoor area. This construction is inspired by the Cadico earthworms nice project. The photos are from the composter I made here at home : ) It’s called a Vermi composter because we use worms in the process, uhuuuuu big thanks to the worms, they deserve! To make this kind of composter, it is important to use stackable supports to separate the different stages of composting. In this case, I used 3 buckets of margarine 15L reused. You can ask for them for free at local businesses such as coffee shops, bakeries, juice houses, etc..

First Steps Food Forest Permaculture Courses by Dominick ter Huurne & Inke Falkner Having found the bush block we had long been searching for, a protracted settlement period gave us plenty of time to decide exactly what we wanted to do with it. At 40 hectares the property was much larger than we had ever envisaged buying, but we fell in love with the diversity of wildlife and vegetation, seduced by the possibilities it offered. Establishing an orchard was a major priority, and having recently been introduced to permaculture gave us a chance to put many ideas into practice. So, armed with a lot more enthusiasm than experience, this is how Inke and I began the transformation of one small pocket into a food forest.

An Unconventional Billionaire Is Revolutionizing Philanthropy By Closing His Foundation Some people are into extreme sports, others extreme eating. You could call self-made billionaire Chuck Feeney an extreme philanthropist. Feeney, the 83-year-old co-founder of the pioneering retail business Duty Free Shoppers (the company that sells the tax-free alcohol and perfume in airports), is practically unknown as a public figure.

What You Need to Know About Bitcoins: EBSCOhost WHAT ARE BITCOINS, YOU ASK? Bitcoins are digital currency -- and, yes, lawyers are beginning to accept them from clients. They are also known as virtual currency or cryptocurrency since cryptography is used to control the creation and transfer of bitcoins. They use peer-to-peer technology with no central authority or banks. The issuance of bitcoins and the managing of transactions are carried out collectively by the network. The system was introduced as open-source software in 2009 by Satoshi Nakamoto.

10 Fun Tools To Easily Make Your Own Infographics People love to learn by examining visual representations of data. That’s been proven time and time again by the popularity of both infographics and Pinterest. So what if you could make your own infographics ? What would you make it of? What is CSA ? CSA is based on establishing a partnership between citizens and local farms that practice sustainable agriculture. Mutual engagement and exchange is the essence of CSA: the farm nourishes the people and in return people support the farm by sharing in its potential risks and benefits. Generally, the consumer’s engagement is put in place by its upfront payment and commitment for the entire season. In this effort, consumers become «sharers» of a farm. a) Knowledge and experience What is required to start up a CSA project ? Many aspects need to be considered before launching a project.

GNH Centre Bhutan Gross National Happiness, or GNH, is a holistic and sustainable approach to development, which balances material and non-material values with the conviction that humans want to search for happiness. The objective of GNH is to achieve a balanced development in all the facets of life that are essential; for our happiness. • The Story of GNH • The 4 Pillars & 9 Domains • GNH Today • GNH Organizations Why does GNH matter?