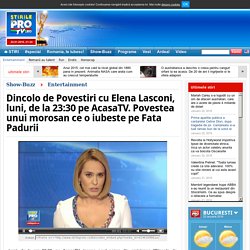 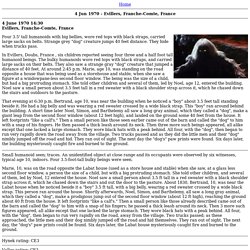 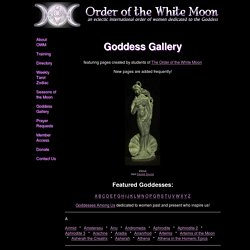 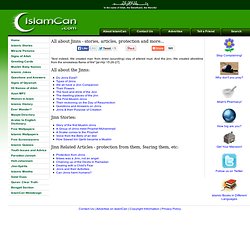 An Encounter With a Jinn (Genie) In Egypt. Jinns and their Activities - IslamCan.com. Throughout history man has always had a deep attraction for the supernatural and the unseen. 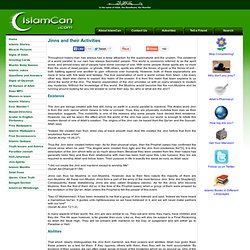 The existence of a world parallel to our own has always fascinated people. This world is commonly referred to as the spirit world, and almost every set of people have some concept of one. With some people, these spirits are no more then the souls of dead people- or ghosts. With others, spirits are either the forces of good or the forces of evil - both battling against one another to gain influence over humanity. However, both of these explanations are more in tune with folk tales and fantasy. Existence The Jinn are beings created with free will, living on earth in a world parallel to mankind.

"Indeed We created man from dried clay of black smooth mud. Thus the Jinn were created before man. "I did not create the Jinn and mankind except to worship Me"(Surah Ad-Dhariyat 51:56) Jinns can thus be Muslims or non-Muslims. Encyclopedia of the Celts : Jack In The Green - Julain. Amy Brown Fantasy Art Inc. Studies of celtic fairies. Fairy Tale Stories Children's Fairy Tales Fairies Faery Woodlands Magazine Blog About Welsh List of Fairies The information and stories on the Welsh fairies in this list have been extracted from; Rhys, John, Celtic Folklore: Welsh and Manx (1901)and Sikes, Wirt, British Goblins (1880) Adern Y Corph A death portent in the form of a bird which sings outside the door of a person who’s going to die. 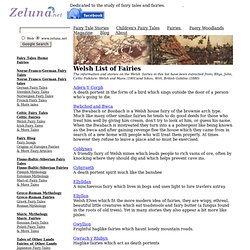 Bwbchod and Bwca The Bwabach or Boobach is a Welsh house fairy of the brownie arch type. Much like many other similar fairies he tends to do good deeds for those who treat him well by giving him cream, don’t try to look at him, or guess his name. When the Bwabach is mistreated they turn into a a poltergeist like being known as the bwca and after gaining revenge flee the house which they came from in search of a new home with people who will treat them properly. Cyhyraeth A death portent spirit much like the banshee Gwyllion Frightful haglike fairies which haunt lonely mountain roads.

The Treasure of Craig-y-Ddinas. The Rock of the Fortress, was a hillfort during the Iron Age period, it is supposed to have been one of the last place the fairies lived in Britain. 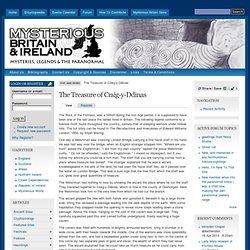 The following legend conforms to a folklore motif found throughout the country, namely that of sleeping warriors under hollow hills. The full story can be found in The Recollections and Anecdotes of Edward Williams, London, 1850, by Elijah Waring. One day a Welshman was crossing London Bridge, carrying a fine hazel staff in his hand. He was half way over the bridge, when an English stranger stopped him. "Where are you from" asked the Englishman. Celtic Fairy Stories. 3. 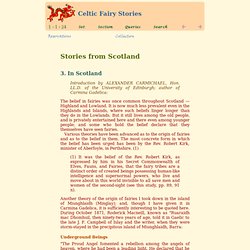 In Scotland Introduction by ALEXANDER CARMICHAEL, Hon. LL.D. of the University of Edinburgh; author of Carmina Gadelica: The belief in fairies was once common throughout Scotland — Highland and Lowland. It is now much less prevalent even in the Highlands and Islands, where such beliefs linger longer than they do in the Lowlands. Various theories have been advanced as to the origin of fairies and as to the belief in them. Magonia #3: The Tempestarii - Beachcombing's Bizarre History Blog. Author: Beach Combing | in : Medieval , trackback After a few days delay, back to Magonia… Agobard’s reference to Magonia is often quoted, in translations of variable quality. 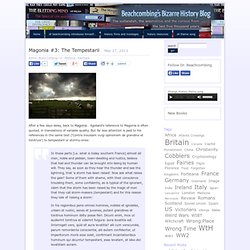 But far less attention is paid to his references in the same text (‘Contra insulsam vulgi opinionem de grandine et tonitruis’) to tempestarii or stormy-ones: In these parts [i.e. what is today southern France] almost all men, noble and plebian, town-dwelling and rustics, believe that hail and thunder can be brought into being by human will. They say, as soon as they hear the thunder and see the lightning, that ‘a storm has been raised’. Now ask what raises the gale? Did Charlemagne Legislate against UFOs?

The Green Children of Banjos: Another Case of False Evidence and Outright Lies. Irish Folklore. FEATURED eBOOKS Truelove's Journal: A Bookshop Novella "Beautiful, different and touching. Short, sweet and lovely. Made me cry. You sense that this is a true story veiled in the guise of fiction as are all the best stories. " Although ostensibly set in England, this story was penned by an Irish bookseller under the pseudonym of Ralph St John Featherstonehaugh.

Truelove's Journal (amazon.com) ► Truelove's Journal (amazon.co.uk) ► Annals of the Famine in Ireland Annals of the Famine in Ireland, by Asenath Nicholson, still has the power to shock and sadden even though the events described are ever-receding further into the past. The Future Life, or Land of the West. From Irish Druids and Old Irish Religions, 1894 « The Culdees of Druidical Days | Contents | Ancient Irish Literature » No more touching or inspiring belief was there among the ancient Irish, than in the hope of another life beyond the grave. 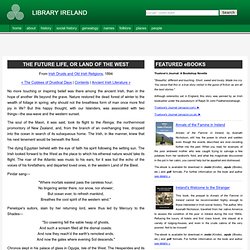 Nature restored the dead forest of winter to the wealth of foliage in spring; why should not the breathless form of man once more find joy in life? But this happy thought, with our Islanders, was associated with two things—the sea-wave and the western sunset. Fairy Legends and Traditions of the South of Ireland. FEATURED eBOOKS Truelove's Journal: A Bookshop Novella "Beautiful, different and touching. Short, sweet and lovely. Made me cry. You sense that this is a true story veiled in the guise of fiction as are all the best stories. " Although ostensibly set in England, this story was penned by an Irish bookseller under the pseudonym of Ralph St John Featherstonehaugh. Truelove's Journal (amazon.com) ► Truelove's Journal (amazon.co.uk) ► Muma Paduri. Legend of a mystical and almost forgotten world. About the movie: Serbia, 2011 : numerous terrified drivers on the highway from Zajecar to Bor report seeing a ghostly figure of a woman in a wedding dress floating in mid-air above the road, and signalling them to stop.

The police, the media and the every individual person had their own theorySome claimed it was pranksters, while others had more sinister explanations. Fairies & Nature spirits books.