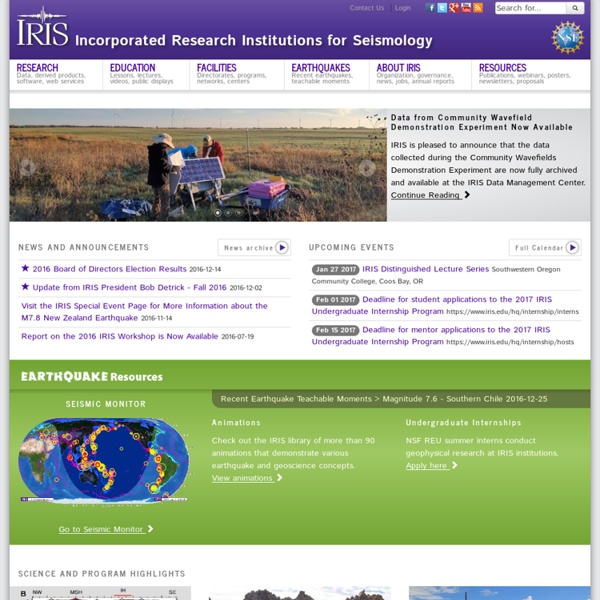 Seismic Monitor - Recent Earthquakes The actual min mag shownon the map is about 4.2,to get a uniform distribution. Secretly forced brain implanted targets inspired to survive - National Human Rights Exposing Earth's dark underbelly of no-touch torture and slow-kill, Kansas man courageously battles to win his case for others, especially secretly forced brain implanted children Struggling to survive a crime reporters avoid, police will not touch, and friends repel as lepers knew long ago, Mr. Walbert's faith, hope and charity has inspired millions of learners and an untold number of other persecuted innocent Targeted Individuals (TIs) to survive the same cruel and inhumane treatment he endures, despite five secretly forced implants in his head used to daily torture and slow-kill him. "We only need what makes us stronger in life, and not what is already bringing us down," says no-touch tortured[i] Mr. James Walbert. Shackled in a technological invisible prison, Mr. (Watch Youtube: "James Walbert Case 10-1234-EFM-GLR" by clicking here.) (Watch Youtube video of Mr. Experiencing 24-7 rights violations including physical invasion of his brain, how does Mr. Faith, hope and charity Unlike Mr.

GODAE: Global Ocean Data Assimilation Experiment. Supersoldier ants created in the lab by reactivating ancestral genes (PhysOrg.com) -- There are over 1100 species of Pheidole genus ants, and most individual ants belong to either the worker or soldier caste. In only eight of the Pheidole species, some individuals can belong to a "supersoldier" subcaste instead, and these ants fight off predatory army ant species and bar their way by blocking off the entrances to the nest using their over-sized heads. Now, scientists have managed to create supersoldiers in other species by reactivating ancestral genes. The international team of scientists, led by Dr Ehab Abouheif of the Department of Biology at McGill University in Montreal, Canada, looked at the genomes of two ant species that produce supersoldiers. They identified the genetics behind the supersoldier caste and were able to activate the genes by treating ant larvae with methoprene, a growth hormone. As expected, the ant larvae became supersoldiers. Supersoldier ants occur naturally in species found in Mexico and the south-west of the USA. Dr.

visualizing.org Since 2005, Europe has been running the world's largest greenhouse gas market, capping emissions of its major factories and power stations, and allowing those companies to buy and sell pollution permits amongst themselves, as well as on the international "offsets" market, where funds go towards developing world projects that help curb emissions. The permits were originally handed out for free instead of by auction – a practice that, according to the Times, has likely earned some of the heaviest CO2 emitters billions of extra euros since 2005. There were also far too many credits initially issued at a time when dirty fuel was ridiculously cheap, leaving polluters with plenty of breathing room and inspiring some, like energy expert David Victor, to call the European Trading System little more than a "Potemkin market." The British non-profit organization Sandbag has created this map-based visualization in an attempt to illuminate the unwieldy world of carbon trading.

AQUASTAT - FAO's Information System on Water and Agriculture Website updates 20/12/2016 - Since 2015, a section on "Women and irrigation" is added when updating country profiles. At present, already 53 out of the 147 country profiles available have such section included, which can be easily accessed through a dropdown menu from the "Water and gender" page. 30/11/2016 - Updated country profiles, maps and water and irrigation data are now available for an additional seven countries in Africa: Egypt, Ethiopia, Libya, Madagascar, Mozambique, Nigeria and United Republic of Tanzania. 10/11/2016 - To provide a quick overview of global, continental and regional values of some key variables and indicators, four summary tables showing global, continental and regional data on population, water resources, water use and irrigation have been updated. 10/08/2016 - To be able to enhance the service we provide to you, we would appreciate you taking 5 minutes of your time to respond to a quick AQUASTAT user survey. 15/12/2014 - A new "Did you know…?"