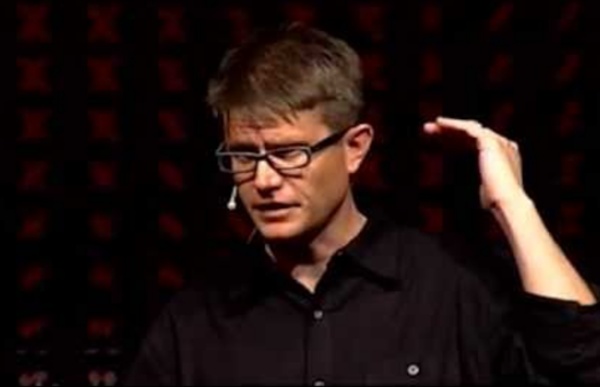 Prizewinning Educational Games from the Nobel Foundation Marie Curie, Martin Luther King Jr, Albert Einstein, Sir Alexander Fleming, Mother Teresa; all of these amazing individuals have one thing in common – winning the Nobel Prize. The Nobel Prize is one of the most highly regarded awards given to people working in the fields of literature, medicine, physics, chemistry, peace, and economics. But the Nobel Foundation is more than just an award giving Foundation, and has branched out into creating educational content related to the hard work done by Nobel Prize winners. Not only does their website contain video clips, documentaries, literature and history related to the winners, but it has over 29 interactive educational games for students to learn about key scientific, economic, literature and peace concepts.

Five Best Practices for the Flipped Classroom Ok, I'll be honest. I get very nervous when I hear education reformists and politicians tout how "incredible" the flipped-classroom model, or how it will "solve" many of the problems of education. It doesn't solve anything. Radical new economic system will emerge from collapse of capitalism At the very moment of its ultimate triumph, capitalism will experience the most exquisite of deaths. This is the belief of political adviser and author Jeremy Rifkin, who argues the current economic system has become so successful at lowering the costs of production that it has created the very conditions for the destruction of the traditional vertically integrated corporation. Rifkin, who has advised the European Commission, the European Parliament and heads of state, including German chancellor Angela Merkel, says: No one in their wildest imagination, including economists and business people, ever imagined the possibility of a technology revolution so extreme in its productivity that it could actually reduce marginal costs to near zero, making products nearly free, abundant and absolutely no longer subject to market forces. With many manufacturing companies surviving only on razor thin margins, they will buckle under competition from small operators with virtually no fixed costs.

Games Can Advance Education: A Conversation With James Paul Gee Getty Part 10 of MindShift’s Guide to Games and Learning. Most people involved with games and learning are familiar with the work of James Paul Gee. A researcher in the field of theoretical linguistics, he argues for the consideration of multiple kinds of literacy. The notion of “New Literacies” expands the conception of literacy beyond books and reading to include visual symbols and other types of representation made possible through, among other things, current digital technologies. At this point in the evolution of education, it’s critical that we expand our conception of literacy to include more than just words.

Choose a License This work is licensed under the Creative Commons LICENSE_NAME License. To view a copy of this license, visit LICENSE_URL. We are currently testing a new version of the License Chooser. Coursera.org About the Course Gamification is the application of digital game design techniques to non-game contexts, such as business, education, and social impact challenges. Video games are the dominant entertainment form of modern times because they powerfully motivate behavior.

Ian Livingstone applies to create 'gaming' school 9 October 2014Last updated at 10:20 ET By Dave Lee Technology reporter, BBC News Ian Livingstone is known to some as "father" of Tomb Raider Lara Croft British games industry veteran Ian Livingstone has formally applied to launch a free school with lessons built using video gaming. Mr Livingstone told the BBC he wanted to use games-based learning rather than relying on "relentless testing". "I'm passionate about children who have been born into the internet.

Speak 180: Why Is Game-Based Learning Good for Today's Youth?  Speak 180 hosted by Marcus T. Wright is a new written segment where industry experts, thought leaders, and notable figures get a chance to answer an important question in 180 words or less. A 180 represents a turnaround, as in, our guests have 180 words to possibly turn around your opinion about a topic. Today's question:Why is Game-Based Learning Good for Today's Youth?

15 Best Sites for Open Source Images Recently, a teacher we know put together a concise and effective PowerPoint presentation which was well received. The only thing was that when the students inquired where the photos came from, the teacher said he searched for them using Google. The students replied, “You mean you stole them!” (Some of the images still prominently displayed the watermark from iStock photo!) All Fun & Games? Understanding Learner Outcomes Through Educational Games Over the past several years, there has been tremendous interest among educators in the use of digital games as serious learning. Advocates of game-based learning for K-12 students cite the value of digital games to teach and reinforce skills that prepare students for college and career, such as collaboration, problem solving, creativity, and communication. Not as often discussed is our ability to use students' in-game actions as evidence for the assessment of skills and knowledge, including those not easily measured by traditional multiple-choice tests. The Potential of Games as Invisible Assessments

Mindshift's Guide To Game-Based Learning MindShift Guide to Digital Games and Learning How can games unlock a rich world of learning? This is the big question at the heart of the growing games and learning movement that’s gaining momentum in education. Flipped Classroom 2.0: Competency Learning With Videos The flipped classroom model generated a lot of excitement initially, but more recently some educators — even those who were initial advocates — have expressed disillusionment with the idea of assigning students to watch instructional videos at home and work on problem solving and practice in class. Biggest criticisms: watching videos of lectures wasn’t all that revolutionary, that it perpetuated bad teaching and raised questions about equal access to digital technology. Now flipped classroom may have reached equilibrium, neither loved nor hated, just another potential tool for teachers — if done well. “You never want to get stuck in a rut and keep doing the same thing over and over,” said Aaron Sams, a former high school chemistry teacher turned consultant who helped pioneer flipped classroom learning in an edWeb webinar.