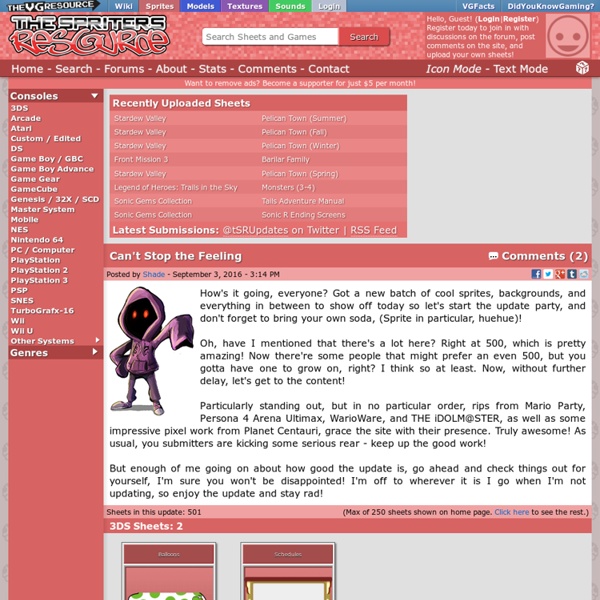 Hey guys! Sorry about that downtime we had last week... All of last week... That sucked, right? Well, no matter, because we're back now! Be sure to remind your friends that we're back, because they might not realise that we were even planning to get back online!

Download NOOBS for Raspberry Pi Beginners should start with NOOBS – New Out Of the Box Software. You can purchase a pre-installed NOOBS SD card from many retailers, such as Pimoroni, Adafruit and The Pi Hut, or download NOOBS below and follow the software setup guide and NOOBS setup guide video in our help pages. NOOBS is an easy operating system installer which contains Raspbian and LibreELEC.

All the World's a Stage: Character diamonds All the World's a Stage is your source of roleplaying ideas n' stuff. The usual columnist is grateful to Alex and Matt for covering for him the last couple weeks while he got ready to defend his MA thesis. Getting into character isn't all that easy. First of all, as Matt demonstrated last week, one must have the desire and the gumption to just do it. You can't sit back and say, "But I don't know how to do it right!" Worth1000 Home Welcome fans of Worth1000.com. If you're looking for Worth's amazing creative content, then you've rocked up to the right place! Just in case you missed the news, Worth1000.com is now part of DesignCrowd.com - and we've preserved all the amazing Worth1000 content here so you can search the archives to find old favorites and new contest art.

Transformational Character Arcs: Part 1 I keep trying to make my Protagonist's transformational character arc in my rewrite a little less obvious yet more APPARENT. I don’t want anyone to read and say, "Cool, there’s the arc." I just want people to walk away after having absorbed the fact that the Protagonist completed it. In other words, I want to slide it in there under the radar so that you FEEL it... You know it but you don’t know it. Choi Xoo Ang – Unique Sculptural Art I love Choi Xoo Ang human emotion art. Choi Xoo Ang is an emerging mixed media artist based out of Seoul, South Korea who creates figurative sculptures out of clay and resin that examines human rights, society’s pathological state, and sex and gender politics among other themes. The distorcion of the reality is something amazing in his work where you can feel a little of the real in the whole fantasy. Without boundries he creates pieces that you can’t be indifferent or even shoked.

DIY Pan and Tilt Network Security Cam with Raspberry Pi Learn how to make a remotely viewable pan and tilt security camera with a Raspberry Pi. This project can be completed in a morning with only the simplest of parts. Here’s the end result: Five steps to building a believable character arc A commenter in my last article on crafting breakout stories asked for tips on how to demonstrate believable progress during the process of a character’s emotional growth. It’s a fabulous question, because all too often I see writers take the all-at-once approach: a character has a problem, realizes it, decides to act differently, and is thenceforth cured. Like magic! It’s exactly like magic, in as much as that’s not how life actually works. In the real world, personal growth takes time and practice. We don’t usually just decide to be better in some way, and then presto, we’re better.

Guide to Creating a Strong Character Arc: Tips on How to Plan a Character’s Journey In Techniques of the Selling Writer, Dwight Swain wrote, “Anything endangering survival or happiness creates fear.” And the point of creating fear is to introduce tension. Tension is what hooks readers. A protagonist’s character arc should progress from happiness to fear to tension (for most of the book) and back to happiness. It’s cyclical. sIBL Archive Installation Each thumbnail links directly to an archived sIBL-set. Watch out, these are big downloads. Click to download, then expand the zip achive as a folder and place the folder in your sIBL-Collection. Features - It Builds Character: Character Development Techniques in Games Why character development in games? As games continue to mature and become more sophisticated, the expectations for production values become higher. These production values include graphics, music, and story. Story is the result of character development: what happens to the characters as events transpire around them. Character development in and of itself isn't going to make your gameplay any better, but it will create a more satisfying experience because you're furnishing a more well-developed context, a more immersive world for the player to explore.

Character Questionnaire – Creating Characters 1. How does your character think of their father? What do they hate and love about him? What influence - literal or imagined - did the father have?