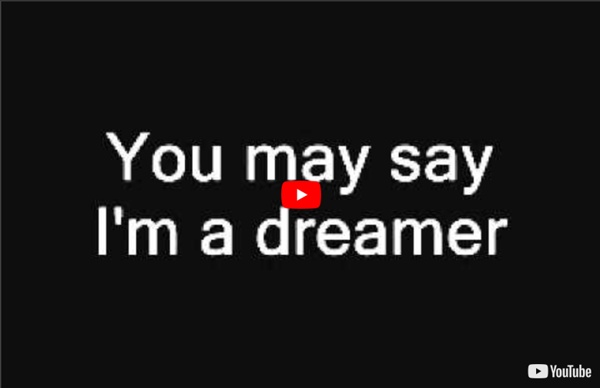 Related:  War! Who is it good for? • Intercultural education (lower secondary students)

War is a racket Written in 1935 by Major General Smedley Butler War Is A Racket WAR is a racket. It always has been. 16 Flipped Classrooms In Action Right Now Flipped classrooms require educators to reconstruct traditional classrooms by sending lectures home and providing more face-to-face time at school, but elementary- through university-level instructors are finding good reasons to try them out. Frequently traced back to Colorado teachers Aaron Sams and JonathanBergmann, who were quick to experiment with posting videos online in 2008, the flipped classroom concept is small, simple and has shown positive results. The general idea is that students work at their own pace, receiving lectures at home via online video or podcasts and then devoting class time to more in-depth discussion and traditional “homework.” Where: Clear Brook High School, Harris County, Texas

Tour of London Tour guide: Good afternoon, ladies and gentlemen and welcome to this fantastic tour of London by bus. My name’s Greg and I’m your guide this afternoon on our tour of London. As you can see, we’re on an open-top bus, so you can see all the attractions from your seat and you don’t need to walk anywhere. Military–industrial complex President Dwight Eisenhower famously warned the U.S. about the "military–industrial complex" in his farewell address. The term is sometimes used more broadly to include the entire network of contracts and flows of money and resources among individuals as well as corporations and institutions of the defense contractors, The Pentagon, the Congress and executive branch. A parallel system is that of the Military–industrial–media complex, along with the more distant politico-media complex and Prison–industrial complex. A similar thesis was originally expressed by Daniel Guérin, in his 1936 book Fascism and Big Business, about the fascist government support to heavy industry. It can be defined as, "an informal and changing coalition of groups with vested psychological, moral, and material interests in the continuous development and maintenance of high levels of weaponry, in preservation of colonial markets and in military-strategic conceptions of internal affairs.

Critical thinking Critical thinking is a type of clear, reasoned thinking. According to Beyer (1995) Critical thinking means making clear, reasoned judgements. While in the process of critical thinking, ideas should be reasoned and well thought out/judged.[1] The National Council for Excellence in Critical Thinking defines critical thinking as the intellectually disciplined process of actively and skillfully conceptualizing, applying, analyzing, synthesizing, and/or evaluating information gathered from, or generated by, observation, experience, reflection, reasoning, or communication, as a guide to belief and action.'[2] Etymology[edit] Is the UK the same as Britain, Great Britain and England? The UK is situated north-west of the European continent between the Atlantic Ocean and the North Sea. It has a total land area of 244,100 square kilometres, of which nearly 99% is land and the remainder inland water. From north to south it is about 1,000 kilometres long. The UK part of Europe and is a member of the European Union (EU).

Big Oil & Iraq War When it was suggested the war in Iraq was about oil, Tony Blair,then the British prime minister, had this to say on February 6,2003 “Let me just deal with the oil thing because… the oil conspiracy theory is honestly one of the most absurd when you analyse it. The fact is that, if the oil that Iraq has were our concern, I mean we could probably cut a deal with Saddam tomorrow in relation to the oil. It’s not the oil that is the issue, it is the weapons…”

Critical and Creative Thinking - Bloom's Taxonomy What are critical thinking and creative thinking? What's Bloom's taxonomy and how is it helpful in project planning? How are the domains of learning reflected in technology-rich projects? Billions Wasted On Iraqi Reconstruction WASHINGTON - Almost exactly a decade after the 2003 U.S. invasion of Iraq, Washington’s efforts to help reconstruct the country have fallen far short, according to the final report by the U.S. Special Inspector General for Iraq Reconstruction (SIGIR) released here Wednesday. The Inspector General, Stuart Bowen, has previously estimated that between six and eight billion dollars of the more than 60 billion dollars U.S. taxpayers had spent on its stabilisation and reconstruction operation (SRO) in Iraq were lost to waste, fraud or other abuses. In his final report, entitled “Learning from Iraq”, Bowen noted that at least another eight billion dollars of Iraq’s own money, which was effectively commandeered by the U.S.-led Coalition Provisional Authority (CPA) after the invasion, was also lost or wasted. Rebuilding should only take place after sufficient security has been established and should, in any event, begin with small programmes and projects.

249 Bloom's Taxonomy Verbs For Critical Thinking Bloom’s Taxonomy’s verbs–also know as power verbs or thinking verbs–are extraordinarily powerful instructional planning tools. In fact, next to the concept of backwards-design and power standards, they are likely the most useful tool a teacher-as-learning-designer has access to. Why? They can be used for curriculum mapping, assessment design, lesson planning, personalizing and differentiating learning, and almost any other “thing” a teacher–or student–has to do. For example, if a standard asks students to infer and demonstrate an author’s position using evidence from the text, there’s a lot built into that kind of task. First a student has to be able to define what an “author’s position” is and what “evidence from the text” means (Knowledge-level).

War Industry Sees Profits Surge War is unhealthy for all but the Military-Industrial Complex Global turmoil and bloody conflicts are not bad news for everyone. The defense industry has been enjoying a nice run in the stock market from armed conflict breaking out across the world from Gaza to Ukraine to Syria. Much of the upside comes from the use of weapons made by US multinational corporations in conflicts that may or may not involve the US directly.