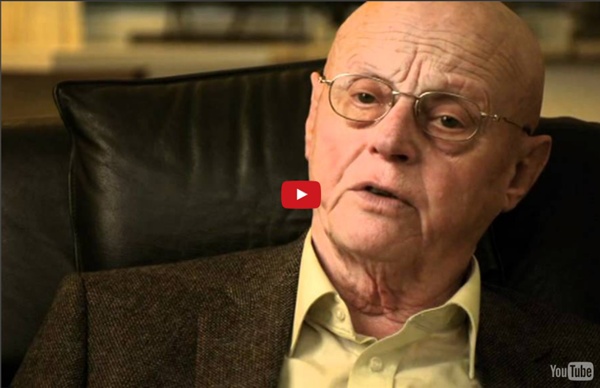 Dimensions - Geert Hofstede About the research Professor Geert Hofstede conducted one of the most comprehensive studies of how values in the workplace are influenced by culture. He analysed a large database of employee value scores collected within IBM between 1967 and 1973. The data covered more than 70 countries, from which Hofstede first used the 40 countries with the largest groups of respondents and afterwards extended the analysis to 50 countries and 3 regions. In the 2010 edition of the book Cultures and Organizations: Software of the Mind, scores on the dimensions are listed for 76 countries, partly based on replications and extensions of the IBM study on different international populations and by different scholars. Culture only exists by comparison The country scores on the dimensions are relative, as we are all human and simultaneously we are all unique. These relative scores have been proven to be quite stable over time. The evolution of the dimensions More information

Hofstede's Cultural Dimensions - Leadership Training from MindTools Understanding Workplace Values Around the World Learn how to be more sensitive to the needs of people in different cultures. We know that we are living in a global age. Technology has brought everyone much closer together. This is exciting, but it can also be frustrating and fraught with uncertainty. Building connections with people from around the world is just one dimension of cultural diversity. How can we understand cultural differences? Fortunately, psychologist Dr Geert Hofstede asked himself this question in the 1970s. With access to people working for the same organization in over 40 countries of the world, he collected cultural data and analyzed his findings. He scored each country using a scale of roughly 0 to 100 for each dimension. The Five Dimensions of Culture Armed with a large database of cultural statistics, Hofstede analyzed the results and found clear patterns of similarity and difference amid the responses along these five dimensions. The five dimensions are: 1. 2. 3.

Countries - Geert Hofstede Please select a country in the dropdown menu below to see the values for the 6 dimensions. After a first country has been selected, a second and even a third country can be chosen to be able to see a comparison of their scores. To compare your personal preferences to the scores of a country of your choice, please purchase our cultural survey tool, the Culture Compass™. Correctly interpreting country scores Please note that culture is defined as the collective mental programming of the human mind which distinguishes one group of people from another. This does not imply that everyone in a given society is programmed in the same way; there are considerable differences between individuals. The scores used for the fifth dimension are based on the research of Michael Minkov as published in the 3rd and latest edition of Cultures and Organizations, Software of the Mind (2010), pages 255-258.

Hofstede's cultural dimensions theory Overview[edit] Hofstede's cultural dimensions theory is a framework for cross-cultural communication. Hofstede developed his original model as a result of using factor analysis to examine the results of a world-wide survey of employee values by IBM in the 1960s and 1970s. The theory was one of the first that could be quantified, and could be used to explain observed differences between cultures. The original theory proposed four dimensions along which cultural values could be analyzed: individualism-collectivism; uncertainty avoidance; power distance (strength of social hierarchy) and masculinity-femininity (task orientation versus person-orientation). Hofstede's work established a major research tradition in cross-cultural psychology and has also been drawn upon by researchers and consultants in many fields relating to international business and communication. History[edit] In 1965, Geert founded the personnel research department of IBM Europe (which he managed until 1971).

The Glossary of Happiness Last summer, Tim Lomas flew from London to Orlando to attend the fourth annual congress of the International Positive Psychology Association—held, naturally, at Walt Disney World. As Lomas wandered around the event, popping in and out of various sessions, he stumbled upon a presentation by Emilia Lahti, a doctoral student at Aalto University, in Helsinki. Lahti was giving a talk on sisu, a Finnish word for the psychological strength that allows a person to overcome extraordinary challenges. Sisu is similar to what an American might call perseverance, or the trendier concept of grit, but it has no real equivalent in English. It connotes both determination and bravery, a willingness to act even when the reward seems out of reach. Soon after Lomas returned to the University of East London, where he is a lecturer in applied positive psychology, he launched the Positive Lexicography Project, an online glossary of untranslatable words. The idea, Lomas acknowledged, is speculative.

IMIA - International Medical Interpreters Association Communication Between Cultures - Larry A. Samovar, Richard E. Porter, Edwin R. McDaniel Blindsided – Liz Essary, Certified Spanish Interpreter That Interpreter teaches a basic training for medical interpreters. Basic. Every single time I teach the class, the number one piece of feedback, by leaps and bounds, is that it would be nice to spend more time learning terminology in Spanish. And please don’t misunderstand the “basic” in “basic training” to mean “easy”. I totally understand why students want more focus on terminology. Interpreting practice in real life is really awkward when you don’t have a good terminology base. On the first day of class, I already know that on the last day of class, the evaluations are going to say things like, “I wish we’d spent more time on terminology” and so I address it right up front. And that’s when they have to rely on their interpreting skills. Even now, I get blindsided. And that’s just the stuff that patients say! Interpreting for a doctor who’s explaining a procedure to his patient that, given his condition, is probably not going to survive it. Like this: Like Loading...