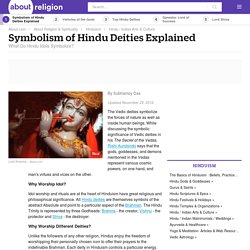 The Vedic deities symbolize the forces of nature as well as inside human beings. While discussing the symbolic significance of Vedic deities in his The Secret of the Vedas, Rishi Aurobindo says that the gods, goddesses, and demons mentioned in the Vedas represent various cosmic powers, on one hand, and man's virtues and vices on the other. Why Worship Idol? Idol worship and rituals are at the heart of Hinduism have great religious and philosophical significance. Why Worship Different Deities? Unlike the followers of any other religion, Hindus enjoy the freedom of worshipping their personally chosen icon to offer their prayers to the indefinable Brahman. For this, man has to gain the goodwill of different gods who stir up his consciousness accordingly to help him master the different forces of nature. 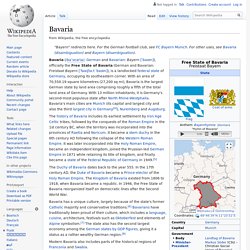 In the southeast of the country with an area of 70,548 square kilometres (27,200 sq mi), it is the largest state, making up almost a fifth of the total land area of Germany, and, with 12.6 million inhabitants, Germany's second most populous state. Munich, Bavaria's capital and largest city, is the third largest city in Germany.[3] The history of Bavaria stretches from its earliest settlement and formation as a duchy in the 6th century CE (AD) through the Holy Roman Empire to becoming an independent kingdom and finally a state of the Federal Republic of Germany.[4] The Duchy of Bavaria dates back to the year 555. Bavaria has a unique culture, largely because of the state's Catholic majority (52%) and conservative traditions. 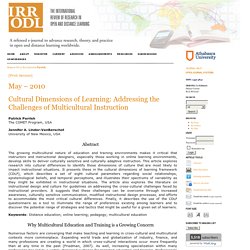 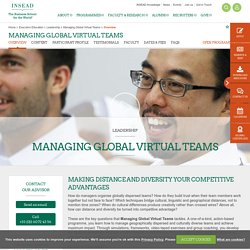 How do they build trust when their team members work together but not face to face? Which techniques bridge cultural, linguistic and geographical distances, not to mention time zones? When do cultural differences produce creativity rather than crossed wires? Above all, how can distance and diversity be turned into competitive advantage? These are the key questions that Managing Global Virtual Teams tackles. How you benefit Participant Profile Participants are usually managers who lead teams of at least five people dispersed across two or more countries. Businessinsider. The Culture Map: The Future of Management. Thinkers50 Interview with Erin Meyer. Erin Meyer on new strategies for global managers.

Navigating the Cultural Minefield. When Aaron arrived in Moscow to take charge of the manufacturing plant his Israeli-owned company had just purchased, he expected to settle in quickly. 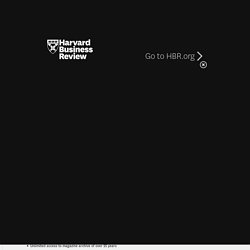 Although he’d grown up in Tel Aviv, his parents were Russian-born, so he knew the culture and spoke the language well. He’d been highly successful managing Israeli teams and had led a large organization in Canada. Yet six months into his new job, he was still struggling to supervise his team in Moscow. Global strategy. International Journal of Intercultural Relations. Journal of Intercultural Communication. Intercultural Communication - Shanghai International Studies University (SISU) Whether you’re engaging in business across borders or cultural regions, meeting other people through international travel, working in a diverse, global organisation or studying abroad, you can benefit from a better understanding of intercultural communication. 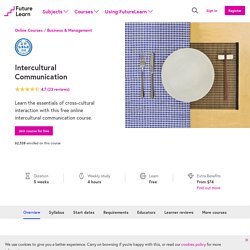 Master the basics of intercultural communication This free online course will focus on the basic but important concepts. It will: Global Citizen's competences. ... to develop Intercultural Competence. INTERCULTURAL COMMUNICATION. Intercultural Competence. North East Asia. History of Syria. The history of the region now known as Syria, and the nations (or pre-national civilizations) previously occupying its territory: Prehistory[edit] The oldest remains found in Syria date from the Palaeolithic era (c.800,000 BC). 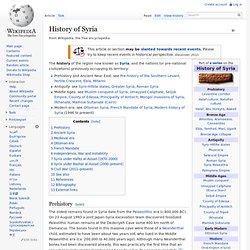 On 23 August 1993 a joint Japan-Syria excavation team discovered fossilized Paleolithic human remains at the Dederiyeh Cave some 400 km north of Damascus. The bones found in this massive cave were those of a Neanderthal child, estimated to have been about two years old, who lived in the Middle Palaeolithic era (ca. 200,000 to 40,000 years ago). Although many Neanderthal bones had been discovered already, this was practically the first time that an almost complete child's skeleton had been found in its original burial state.[1] Archaeologists have demonstrated that civilization in Syria was one of the most ancient on earth. Ancient Syria[edit] Clay tablet from Ebla's archive Ebla was probably conquered by Sargon of Akkad around 2330 BC. Medieval era[edit] Birmanie - Myanmar - Burma. Intercultural. SYRIA. Asia. Southeast Asia. 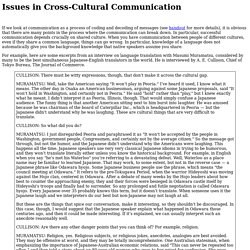 MURAMATSU: Well, take the American saying "It won’t play in Peoria. " I’ve heard it used, I know what it means. The other day in Osaka an American businessman, arguing against some Japanese proposals, said "It won’t hold in Washington, and certainly not in Peoria. " He said "hold" rather than "play," but I knew exactly what he meant. 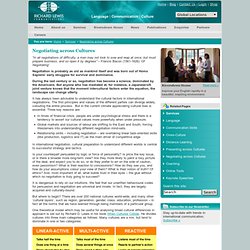 During the last century or so, negotiation has become a science, dominated by the Americans. But anyone who has mediated at, for instance, a Japanese-US joint venture knows that the moment intercultural factors enter the equation, the landscape can change utterly. It has always been advisable to understand the cultural factors in international negotiations. The first principles and values of the different parties can diverge widely, colouring the entire process. Cross-Cultural Adaptation. COM 372—Theory and Research in Intercultural Communication Updated 11 June 2013 A General Introduction Adaptation: Going Abroad. 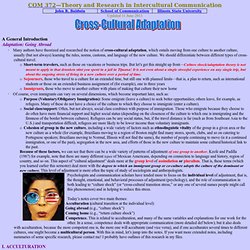 Protocol Professionals, Inc. Confucius, China's greatest sage established a system of ethics, morals, hierarchy and behavior, setting the rules for people dealing with other people, and establishing each person's proper place in society. The five major relationships set forth by Confucius: Key concepts in understanding Chinese culture: Guanxi - Throughout much of Chinese history, the fundamental glue that has held society together is the concept of guanxi, relationships between people. Mianzi - Face - Losing face, saving face and giving face is very important and should be taken into consideration at all times.

Li - Originally li meant to sacrifice, but today it is translated as the art of being polite and courteous. Keqi - Ke means guest and qi means behavior. Getting to Know Each Other. The Ultimate Guide to Worldwide Etiquette. Cultural Insights - Geert Hofstede. Dining etiquette around the world. Southeast Asia. Southeast Asia or Southeastern Asia is a subregion of Asia, consisting of the countries that are geographically south of China, east of India, west of New Guinea and north of Australia.[1] The region lies on the intersection of geological plates, with heavy seismic and volcanic activity. Southeast Asia consists of two geographic regions: The major religions are Islam, Buddhism and Taoism, followed by Christianity.

However, a wide variety of religions are found throughout the region, including Hinduism and many animist-influenced practices.[3] Divisions[edit] A constructed map shows the diversity of every culture in Southeast Asia. Political[edit] Countries[edit] Territories[edit] Korean Business Etiquette. Expanding Your Cultural Intelligence Quiz. Your CQ can be as important as your IQ Few subjects are as massive and complex as culture. CCAI: Cross-Cultural Adaptability Inventory. International Addresses and Salutations.