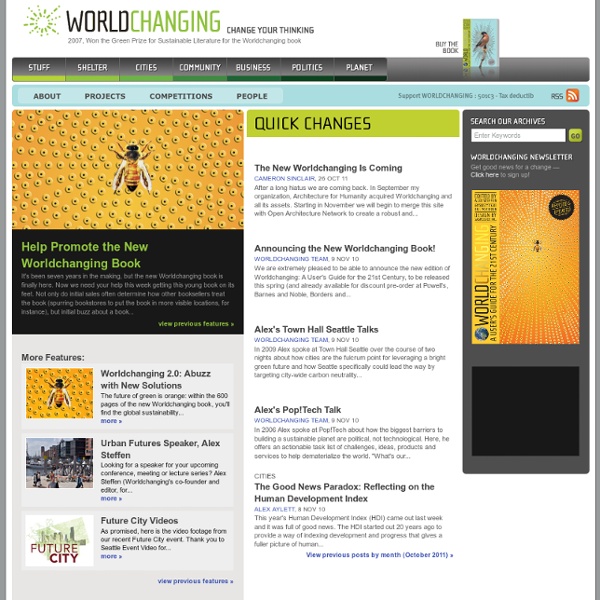 We Speak For Earth The City of Dallas gave $1.1 million to Ronald Jones on Wednesday for his claims that he was beaten and falsely arrested by Dallas police — and then spent 15 months in jail as a result.On December 18, 2009, Dallas police got a call of two white men fighting in downtown Dallas.But then Dallas police Officer Matthew Antkowiak saw Jones — who is African-American — crossing Reunion Boulevard."Mr. Jones is walking down the street. Doesn’t fit the description at all," said his attorney, Don Tittle.The officer claimed Jones was throwing beer cans, so he pulled him over to arrest him."From there, he pulls one of Mr. Jones’ arms up very aggressively and Mr.

Barefoot Rights Why I feel so strongly opposed against putting shoes on, even for a store 'policy'. There's two sides to this. On the one hand, why I prefer not to wear them, and on the other hand, why I think it is wrong to give in to an arbitrary and discriminatory rule.

Activist Media One of the difficulties faced by social movements is getting their message reported clearly, accurately and effectively through the lens of mainstream media. A key factor in this work has been the creation of alternative media that both offer a direct channel to fairer representation and can keep the mainstream media honest by critiquing their coverage. In the contemporary, media-saturated world new problems emerge in the form of "protest fatigue" -- mainstream failure to cover demonstrations often dismissed as "sixties style protests," as if protest can be confined to one decade or is a stylistic choice -- and the silo effect in which people only get the news that reinforces their ideology. The sites and resources below are working to address these issues with courage and imagination. Featured Site Independent Media Center.

10 Laws of Productivity You might think that creatives as diverse as Internet entrepreneur Jack Dorsey, industrial design firm Studio 7.5, and bestselling Japanese novelist Haruki Murakami would have little in common. In fact, the tenets that guide how they – and exceptionally productive creatives across the board – make ideas happen are incredibly similar. Here are 10 laws of productivity we’ve consistently observed among serial idea executors: 1. Break the seal of hesitation. The Peoples Voice Greg Hunter· Economist Dr. Paul Craig Roberts says, "The physical stock of gold in the West to meet delivery demand is diminishing rapidly.

Watch Education For A Sustainable Future Online Everything Is A Remix 642 Views3 Likes If you're interested in learning about creativity and popular culture, this short documentary Everything Is A Remix is excellent. Alternative media (U.S. political left) List of alternative media (U.S. political left) From Wikipedia, the free encyclopedia This is a list of alternative media espousing the views of the American political left. It covers alternative media sources including talk radio programs, blogs and other alternative media sources. The flying car: Are we there yet? - Ideas@Innovations You’re sitting in bumper-to-bumper traffic, the radio is on the fritz and it’s a sweltering 100 degrees outside. As you mumble a list of ear-blistering obscenities to yourself, you imagine how wonderful it would be if your car could just lift off and fly away. Ah, yes, the flying car. We’ve all wanted one, and it appears two companies have come one step closer to grasping one of engineering’s many Holy Grails.

Alternative media Because the term "alternative" has connotations of self-marginalization, some media outlets now prefer the term "independent" over "alternative". Several different categories of media may fall under the heading of alternative media. These include, but are not limited to, radical media, dissident and social movement media, ethnic/racial media, indigenous media, community media, subcultural media, student media, and avant-garde media. Each of these categories highlights the perceived shortcomings of dominant media to serve particular audiences, aims and interests, and attempts to overcome these shortcomings through their own media. Definition[edit] Obstacles to the Good Society by Alton C. Thompson / April 18th, 2011 My focus here is on the obstacles—claimed and actual—that stand in the way of achieving the Good Society.