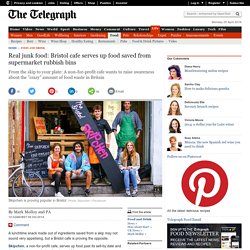 "We take food that would otherwise go to waste," he explained. "The way we do it when we go 'skipping' is we do it as soon as they throw the food away. “We see them do it and get the food out and into a refrigerator straight away. “I am really conscious of food safety and food hygiene.” The cafe also receives donations from farms, local businesses and families, while it has also formed a partnership with restaurant chain Nandos to supply any surplus chicken.

Skipchen, which asks it customers to "pay-as-they-feel", opened this month and is already proving popular with Bristol locals. "We have a real mix of people coming to the cafe and they sit on two long tables, so you could have a businessman sitting next to someone who is homeless one lunchtime,” Mr Joseph added. 10 heartwarming good cause businesses in Bristol. Bristol’s famously green, with plenty of environmentally friendly initiatives in place. 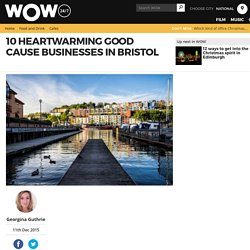 But did you know we also home a bike charity, a cinema for refugees and free gardening classes? There’s plenty for Bristolians to be proud of. So without further ado, here are some of our favourite businesses with a heart. Poco Utterly delicious food and an impressively sustainable business model, what’s not to like? 45 Jamaica St, Avon, Bristol BS2 8JP, tomsfeast.com/poco-bristol The Cube Dove Street’s volunteer-run cinema puts creativity and community before profit.

Is Bristol a worthy Green Capital of Europe – or is it all for show? French law forbids food waste by supermarkets. France has become the first country in the world to ban supermarkets from throwing away or destroying unsold food, forcing them instead to donate it to charities and food banks. 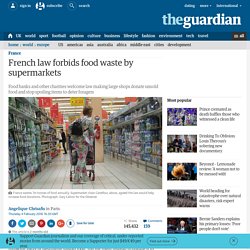 Under a law passed unanimously by the French senate, as of Wednesday large shops will no longer bin good quality food approaching its best-before date. UK's first 'poo bus' hits the road. Britain’s first ‘poo bus’ will take to the road on Thursday, powered entirely by human and food waste. 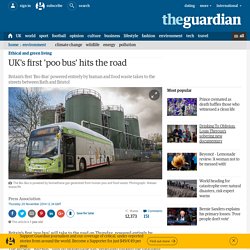 The 40-seat “Bio-Bus” runs on biomethane gas, generated through the treatment of sewage and food waste. It can travel up to 186 miles on one tank of gas, which takes the annual waste of around five people to produce. The bus is run by Bath Bus Company and will transport passengers between Bath and Bristol Airport. Engineers believe the bus could provide a sustainable way of fuelling public transport while improving urban air quality. The gas is generated at Bristol sewage treatment works, run by GENeco, a subsidiary of Wessex Water. This week, the company also became the first in the UK to inject gas generated from human and food waste into the national gas grid network.

Bath Bus Company will use the Bio-Bus for its rapidly growing A4 service from Bath to Bristol Airport via South Bristol. “The bus also clearly shows that human poo and our waste food are valuable resources. UK tops chart of EU food waste. France’s parliament has announced measures to tackle food waste by passing a law banning supermarkets from destroying unsold food. 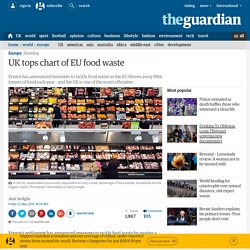 Instead they will be obliged to give it to charities or to put it to other uses such as animal feed. Last year, the House of Lords conducted an inquiry looking at the cost of food waste across the EU. It reported that an estimated 89m tonnes of food are wasted every year in the EU, which is expected to rise to around 126m tonnes by 2020 if no action is taken, with significant costs to the environment, economy and society. Between them, Asda, Co-operative Food, M&S, Morrisons, Sainsbury’s, Tesco and Waitrose – accounting for around 87% of the UK grocery market – were responsible for the disposal of 200,000 tonnes of food in 2013.

These supermarkets contributed to just 1.3% of all food waste in the UK in 2013. A 2013 report by the Institution of Mechanical Engineers claimed that around 2bn tonnes of food produced in the world each year goes to waste.