English – Anna Wiseman. Eleven years, nine homes and nine different families all ending with me in the back seat of Macey’s car. 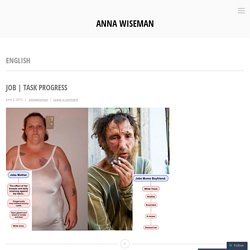 Macey was my youth aid, she found families she thought would suit me and my needs best, yet she was always the one who would be there when they didn’t work out. “Lena come on, tell me what is up.” said Macey. I was silent, determined to not speak to her. For someone who knew me so well she really had no clue on who I needed by my side. “Lena you can’t keep quiet the whole drive, come on tell me what’s going on in that head of yours.”

We drove through Pureora forest and all I could see was the dull pastures and the way that they moulded into the forest row after row as if they were meant to reside by one another. Jimmyhydes. Task 1 fierce: can be both a negative and positive connotation I think it’s more of a negative one though because of a bad person that people are afraid of being (fierce) I think the author has used this word to make the leader of army’s to sound like the boss. 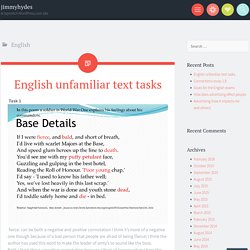 Young: this is a positive connotation because it’s like a life still to be lived. Task 2 This text was written in a Narrarative point of view, so he talks about himself using (I) James Hydes. Candy, Lucy. Clews, Todd. I think that i did well as i achieved what i wanted to in the end i think this was probably the best creative writing I’ve ever done i found the the process fun and very creative this was a good process i think that the actual story was good an i enjoyed writing it my punctuation was really bad do better editing and a longer story. 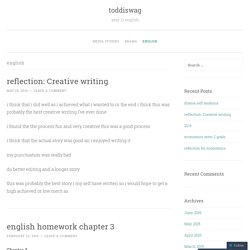 Crawford-Hemi, Kurtis. VOCABULARY – Of Mice and Men Chapter 1 Part I: Using Prior Knowledge and Contextual Clues Below are the sentences in which the vocabulary words appear in the text. 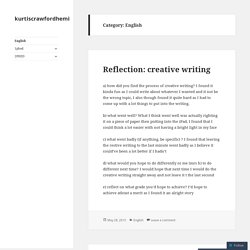 Read the sentence. Use any clues you can find in the sentence combined with your prior knowledge, and write what you think the underlined words mean in the space provided. George stared morosely at the water. sadly; depressed or disheartened H D G C A B F I E Chapter 2 Part I: Using Prior Knowledge and Contextual Clues Below are the sentences in which the vocabulary words appear in the text. “I ain’t so sure,” said George sceptically. “Damn right he don’t,” said George, slightly mollified, “not if he wants to stay workin’ long.” He said ominously, “Well, he better watch out for Lennie.” He had drawn a derogatory statement from George. Drinnan, Ella. Duncan, Arlia. Throughout life people over come many obstacles. 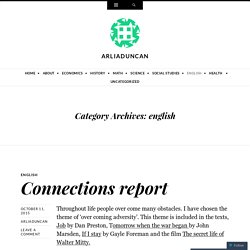 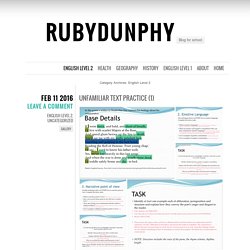 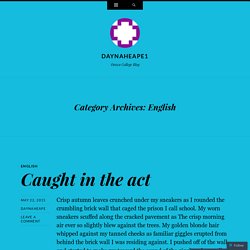 However Angel also learns from Danny’s example and has the biggest character development in the film Hott Fuzz directed by Edgar Wright. At the start Angel is serious, obsessed with his job and doesn’t know how to switch off. But once Angel meets Danny he slowly becomes friends with him and starts to learn how to be more relaxed and ‘chilled out’. By the end of the film he has become more laid-back, and has learned to joke around and has learnt how to not take everything so seriously. Sergeant Nicholas Angel seems like a strict, controlling, workaholic who’s obsessed with his job at the start of the film.

During the middle of the film Danny Butterman, Sergeant Nicholas Angel’s partner, helps Angel to open up a little bit and to try and relax because he is still way too engrossed in his job to be able to enjoy his life as much. . – High Achieved. Hedgecock, Emma. Write a brief reflection statement on your current English Unfamiliar Text work… Write in full sentences and proofread your work for accuracy. 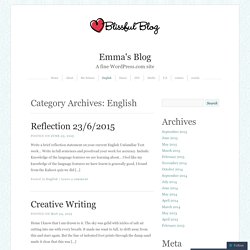 Include: Knowledge of the language features we are learning about… I feel like my knowledge of the language features we have learnt is generally good, I found from the Kahoot quiz we did […] Home I know that I am drawn to it. The sky was gelid with icicles of salt air cutting into me with every breath. It made me want to fall, to drift away from this and start again. Henson, Frances. Walter Mitty is the main protagonist of the film. 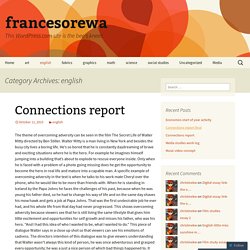 He is a man living a very monotonous life, with few friends or ambitions, and working to develop negatives for LIFE magazine – “I’m manager of the negative assets sector.” He is a notorious daydreamer, easily immersed in his thoughts, to the point where there are consequences on his waking life. Henson, Leon. Hickford, Tayla. Keys, Mikayla. Kivits, Summer. My World Turned Upside Down. 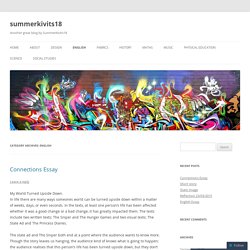 In life there are many ways someones world can be turned upside down within a matter of weeks, days, or even seconds. In the texts, at least one person’s life has been affected whether it was a good change or a bad change, it has greatly impacted them. Marsh, Jarrah. Martinovich, Ellie. Mason, Josephine. Paunovic, Sahsa. Renata, Liana. Roger Beswick, Gina.

I saw her standing in the door frame watching me. “Follow me” she said she was dressed in a white gown it seemed to be covered in blood. I got up out of bed and walked towards her. she was floating in the air. This must be a dream. Ross, Jess. Sails were up with a light wind gliding through them. The ocean glistened from the morning sun, waves crashed up against my beauty of a boat. Sailing was my passion since I was a little girl, being out there with the salty sea air and just embracing what it had to offer. My dream had always been to sail around the Pacific Ocean, now that dream is coming true. Smith, Mia. Versey, Brayden. Applying red task I have arrived in the himalayas after a long journey to find Sean oconnel in greenland and Iceland i hope to find Sean somewhere on the one of the many mountains in the himalayas i arrive at the summit i was given a blessing by betting brushed across the face with branch i then begin my climb and come across the warlords i offer them a piece of my mums clementine cake as gift to let me pass and continue to the summit where I hope to find Sean and retrieve the missing slide for the final cover the sherpas have to stop and let me go on alone a few hours later i receive a phone call as I’m walking along the ridge of the summit when a voice from a man with a camera tells me to be quiet he doesn’t realise who i am i took of my goggles and said “Sean its me, Walter Mitty.”

The alarm buzzes uncontrollably, it’s time to get up. I stumble around my room with a sore back which never seems to become right. Text 1: tomorrow when the war began by John Marsden. Vujcich, Ashley. Wade, Kaelin. WIlson, Georgie. Woodroffe, Britany. Woodroffe, Monique.